Brightline Gets Final Approval For Phase 2 To Orlando

Finally, Brightline can begin construction on the leg to Orlando after gaining federal approval last week.

Its is the last approval needed before work can begin, following years of study. Construction will get underway in early 2018.

Tickets and corporate packages for the first phase to Miami have already been presold, with service to launch in early 2018. Simulated service was expected to begin last week.

MIAMI – December 15, 2017 – Today, the U.S. Department of Transportation issued a Record of Decision for the privately funded Brightline intercity passenger rail project between Miami and Orlando. The Record of Decision (ROD) represents the final step in the National Environmental Policy Act (NEPA) process after the Final Environmental Impact Statement (FEIS) was issued in 2015 and is the last federal environmental approval needed to construct the system between West Palm Beach and Orlando. This decision marks the achievement of another significant milestones for the company as it gears up to launch Phase 1 of its service and start construction north of West Palm Beach.

“This is the most critical and final step in the extension of Brightline’s service to Orlando, and we are excited to move forward with Phase 2,” said Dave Howard, Brightline’s CEO. “This was a great year for us as we completed construction on two of our major stations and rail infrastructure, successfully presold tickets and corporate packages to individuals and businesses throughout the region and priced $600 million in Private Activity Bonds to fund Phase 1. We look forward to launching service to Miami and starting construction north to Orlando in the first quarter of 2018.”

For the past four years, the Federal Railroad Administration, the lead agency, has worked with the Army Corps of Engineers, U.S. Coast Guard, numerous local agencies, water management districts, cities and counties on the development and issuance of the FEIS. The process included extensive public outreach, including dozens of public meetings and the submission and consideration of thousands of public comments.

The project is moving full speed ahead. Over the next few months, Brightline will finalize the design for the rail infrastructure and the 70-acre Vehicle Maintenance Facility that will be located on Orlando International Airport property. Construction of the system will create thousands of jobs and provide a much-needed link between Florida’s two most visited and populated regions.

Brightline’s station in Orlando will be located at the Orlando International Airport’s new Intermodal Terminal Facility (ITF) that will be the hub of the future South Terminal complex. The ITF is connected to the North Terminal by a recently completed Automated People Mover and includes a 5,000-space parking garage. SunRail, Central Florida’s commuter rail system, has a planned connection to the ITF. The completion of the South Terminal will add 16 new gates for international and domestic flights.

Brightline will announce the launch date for the start of introductory service between Fort Lauderdale and West Palm Beach soon. The company expects to become fully operational and extend service into downtown Miami in early 2018. 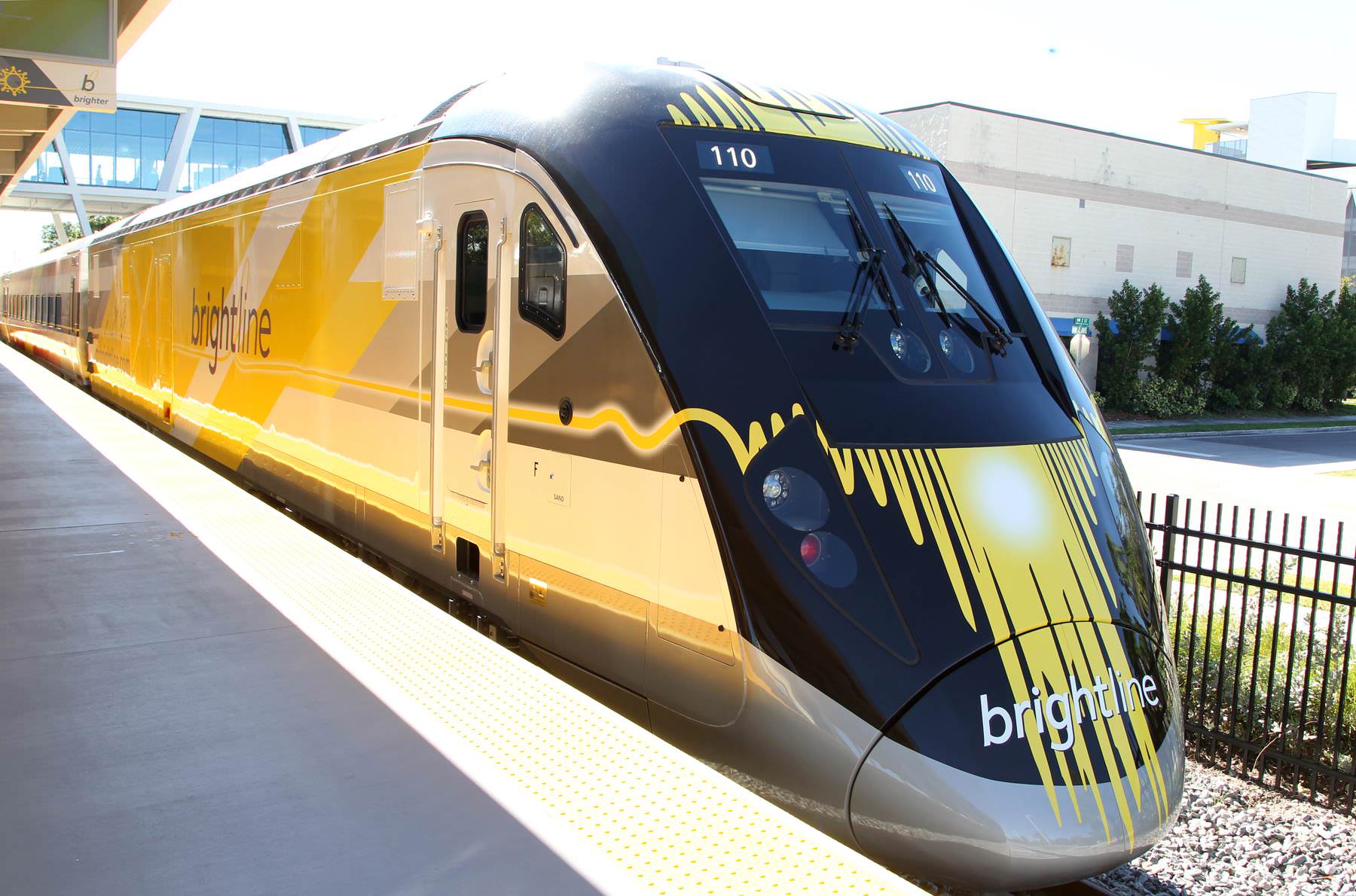