Brightline has announced an official launch date and other details for service to Aventura and Boca Raton.

Tickets are now on sale, with service to both new stations beginning December 21

The train ride between downtown Miami’s MiamiCentral and Aventura will be especially fast at just 17 minutes, according to the newly released schedule.

By contrast, a mid-day trip by car from downtown Miami to Aventura would take around 27 minutes with light traffic, according to Google Maps.

During rush hour though, the same trip can easily take an hour – so Brightline’s 17 minute service will be a huge time saver.

A free shuttle service to Aventura Mall is planned. Eventually a pedestrian bridge to the mall is also planned.

The train ride between downtown Miami and Boca Raton is scheduled to take 51 minutes, with two stops along the way.

A car ride during non rush-hour times would take around the same amount of time, Google Maps says – but with the stress and cost of running a car.

Prices to and from Boca to downtown Miami start at $12.50, with premium tickets at $37.

Initially, 11 daily trains are planned to and from both Aventura and Boca on weekdays, with 9 on weekends.

Ribbon cutting ceremonies are planned at both new station on December 20. 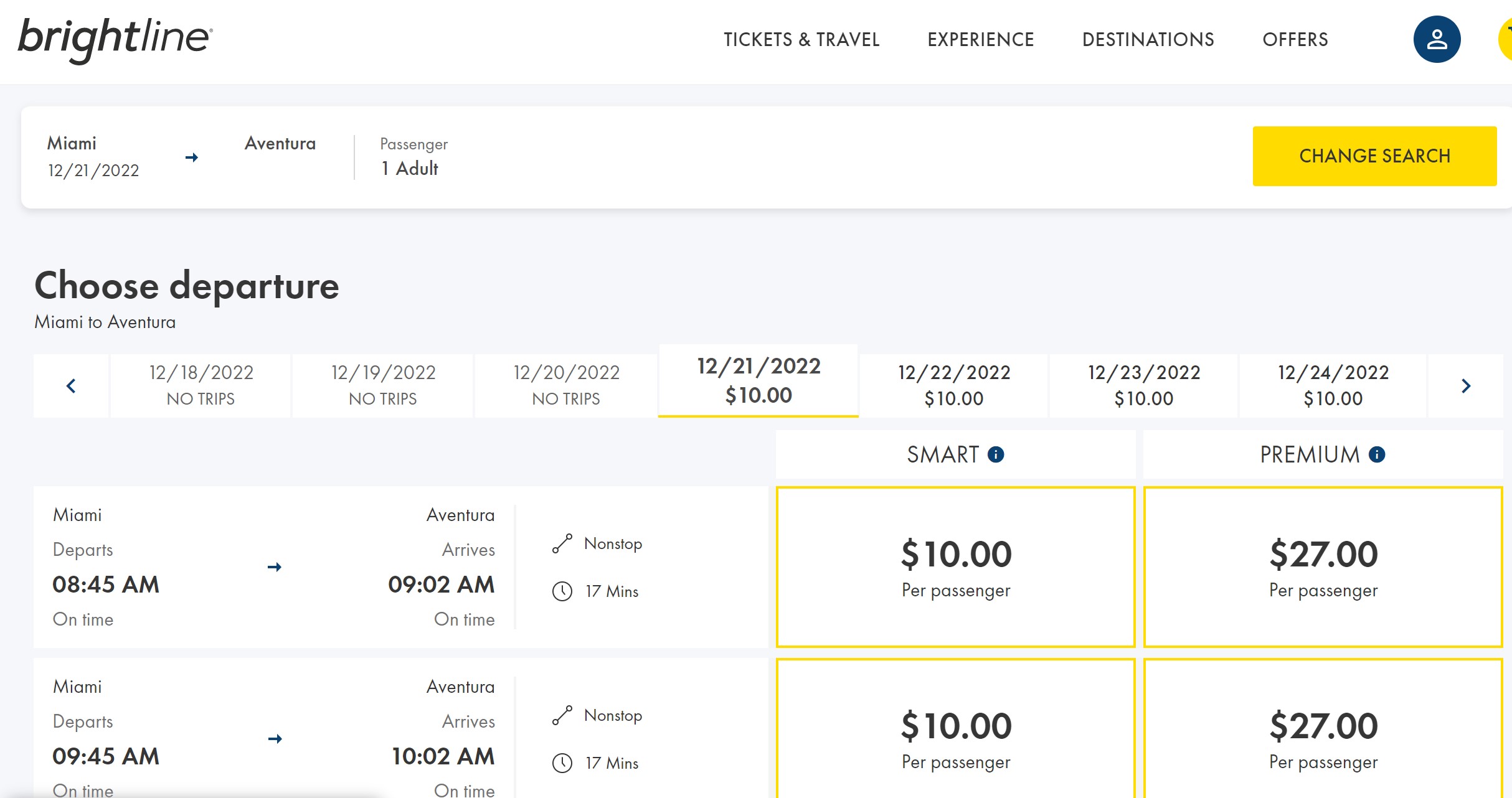