With the new plans, a total of 2,823 residential units will be either planned or completed at MiamiCentral. The company already completed the two Park Line residential towers with 816 units in 2020.

The property where the two supertowers are proposed is listed for sale, so the proposal may have been submitted on behalf of another developer.

According to the new proposal, the two towers would rise 83 stories, or 850 feet.

The two towers would include:

The developer is requesting that the county eliminate the office and hotel components that were previously approved for the sites.

A massing plan for the project was prepared by architect Zyscovich.

The new plans were submitted on May 10. 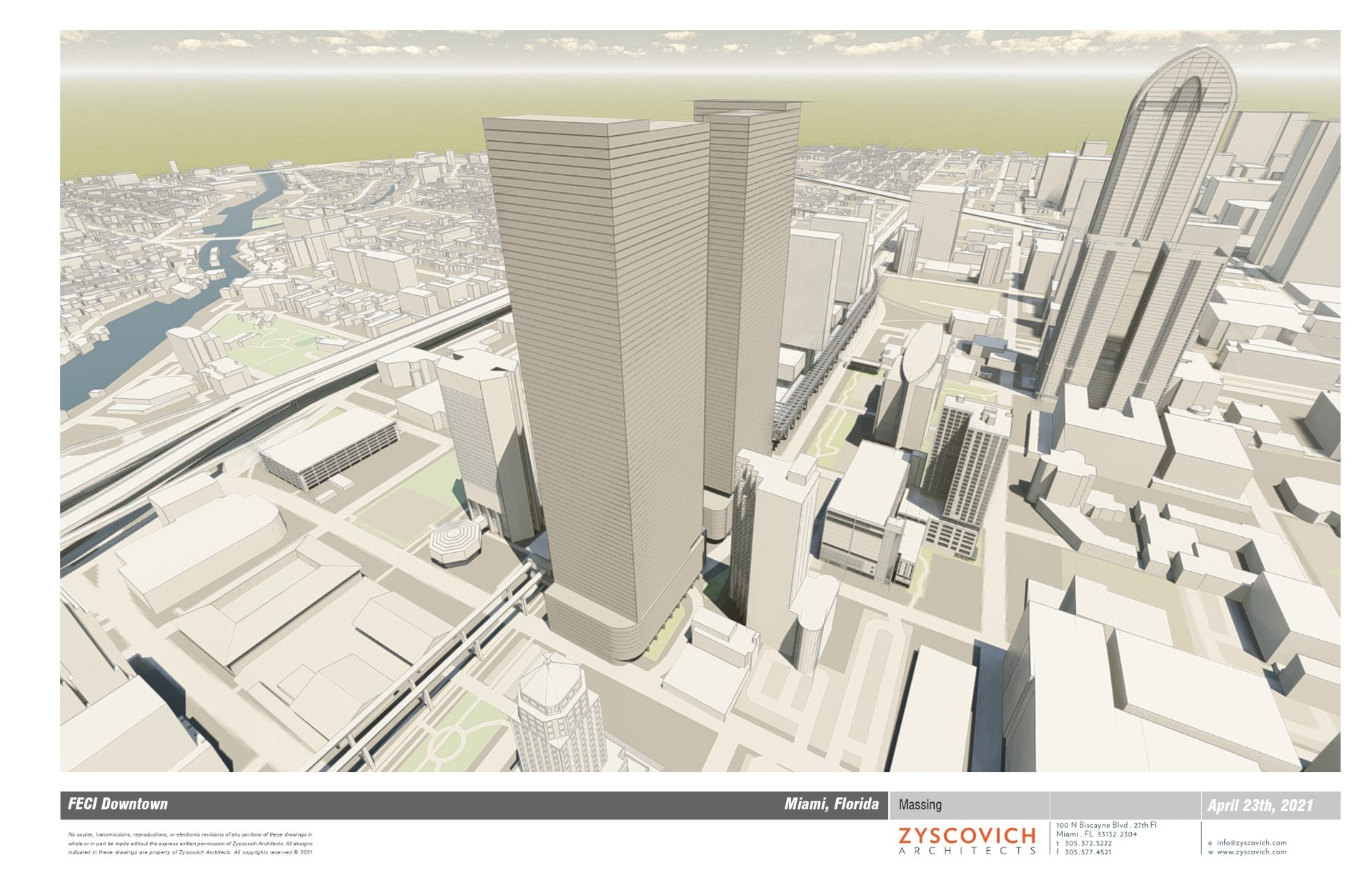 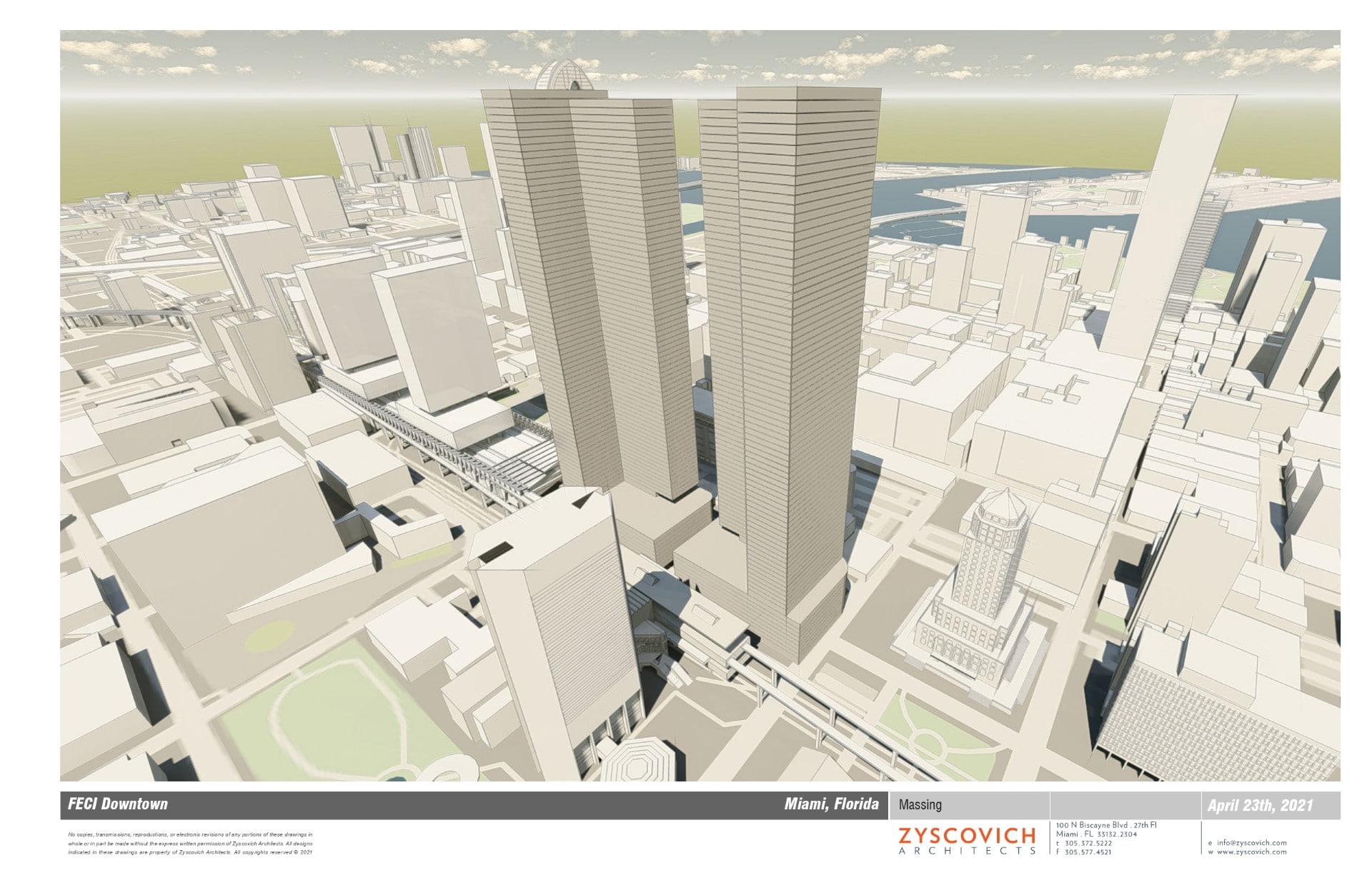 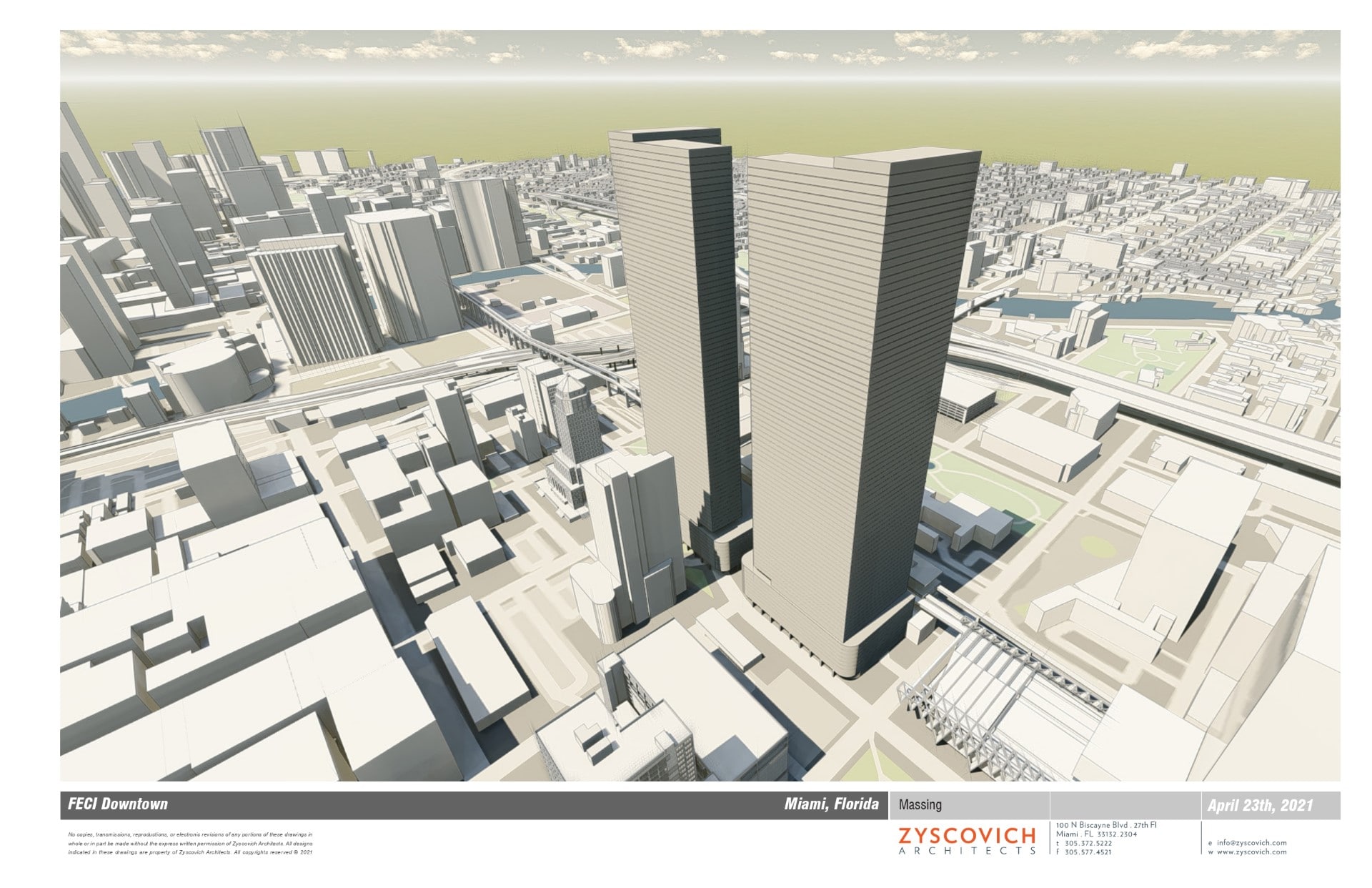 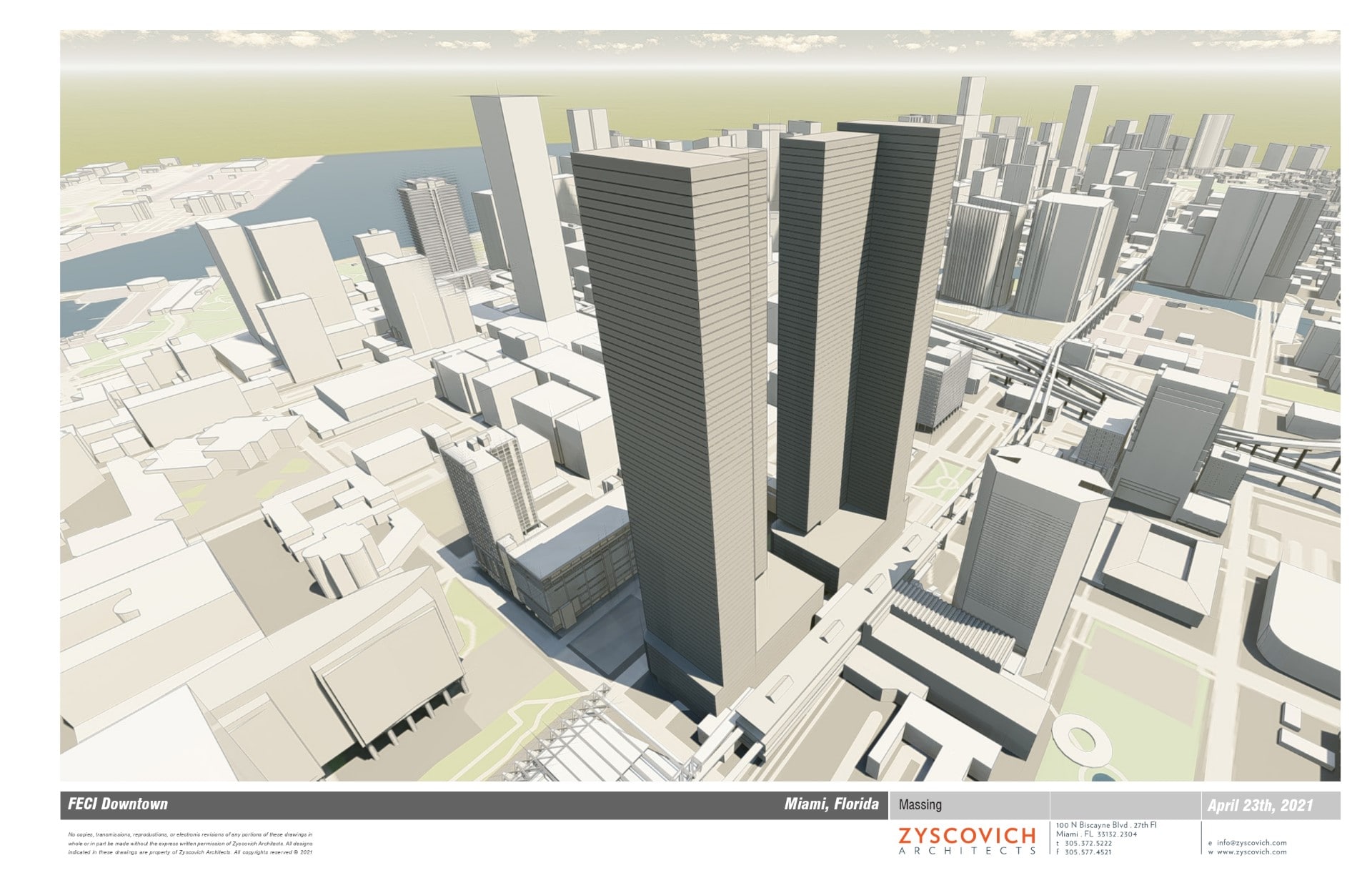