The reports covers the three month period ending on June 30, 2018, when the system was still not fully operational. MiamiCentral station opened for the first time about halfway through the quarter, in mid-May.

Revenue is expected to double again in the third quarter, while the growth in passenger count will meet or exceed the second quarter growth rate, Brightline said. The company increased service by 50% in August to meet demand, with 32 daily departures now offered.

The company generated an operating loss of $26.2 million. The net loss was $28.3 million when including interest expense.

In the report, Brightline said that their Florida rail system is intended to generate meaningful profits, and the company is now pursuing several expansion opportunities. One of those is an extension to Tampa, with a bid submitted to the Florida Department of Transportation on March 26 for corridor rights.

Early work construction of the expansion of Brightline’s Florida passenger rail system to Orlando is also now underway, the company said.  On August 29, the Florida Development Finance Corporation approved Brightline’s request for the issuance of $1.75 billion in Private Activity Bonds that will finance construction.

On September 18, 2018 Brightline agreed to acquire XpressWest, a high-speed rail project with rights to develop a federally approved corridor connecting Southern California
and Las Vegas. It will be the company’s first corridor outside Florida and the second privately funded express intercity passenger service in the nation.

Seats in the premium select class cost $30 for the 30 minute trip from Miami to Fort Lauderdale. The cheapest seat on the same train costs $15: 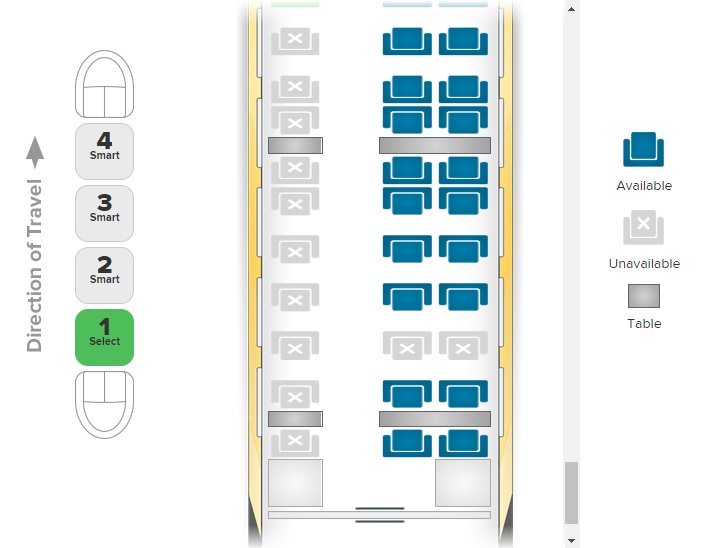