Brightline’s Select Cabins, which include food and other perks, have been regularly selling out on certain trains.

In response, the company has started charging $5 more for tickets. The price increase is only on weekend days, at least for now.

According to the Brightline website, prices for a Select Cabin ticket have increased from $15 to $20 at peak times on Saturdays and Sundays. On some trains, the fare class has been sold out entirely.

Ali Soule, Brightline’s Director, Public Affairs, said there has been “overwhelming demand” for the introductory fares being offered, prompting the increase.

The fare increase comes weeks before the main station at MiamiCentral has even opened. It is also less than a month after the service launched. 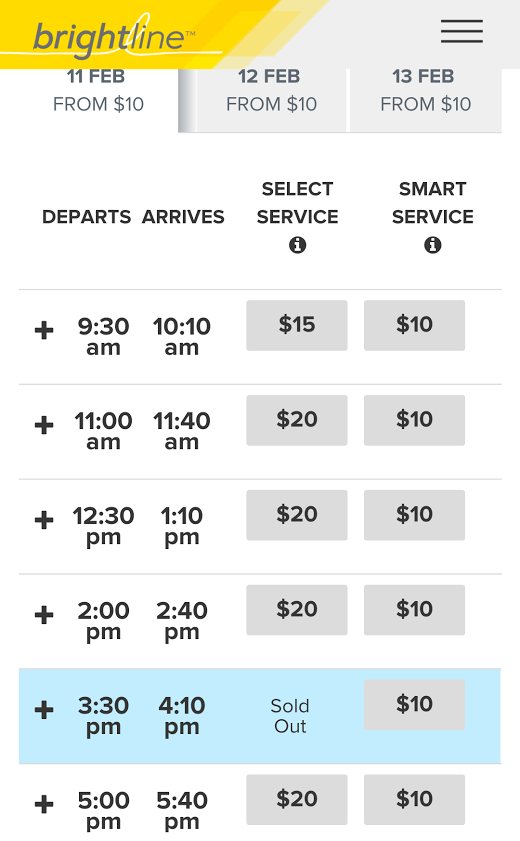