Brightline To Soon Begin Testing At 110 MPH, Fastest Speed Ever

Brightline is preparing to begin testing trains at 110 miles per hour – its fastest speed ever.

A spokesperson told Florida Today that the 110 mph testing would begin “later this fall.”

The 110 mph testing will take on the West Palm Beach to Cocoa segment.  Just last week, Brightline trains hit 79 mph on that segment for the first time.

Once service from Miami to Orlando begins, trains running on that segment will vary in speed between 79 and 110 miles per hour.

At that speed, it will take between 5 and 7 seconds to pass through an intersection.

Another segment between Cocoa and Orlando is planned to have an initial speed of 125 miles per hour. Brightline has also said it is studying increasing speeds on that segment to 150 miles per hour.

Brightline trains have been running test trains on the West Palm Beach-Cocoa segment since January, to prepare for the start of service on the Miami-Orlando route.

The company’s first station in Orlando will be at the Orlando International Airport.

Brightline is reportedly now considering two additional stops in Orlando, both at the Orange County Convention Center near Universal, and another location near Disney property.

There will not be a station on Disney property itself under a recently reached compromise deal that altered the Orlando route closer to Universal, however.

The company is looking to raise up to $500 million in financing in the next few weeks. Construction could be curtailed or delayed if it is unable to raise additional financing, the report said.

There were approximately 600 construction workers actively engaged in build out of the Miami-Orlando line in June 2022, according to the investor report. 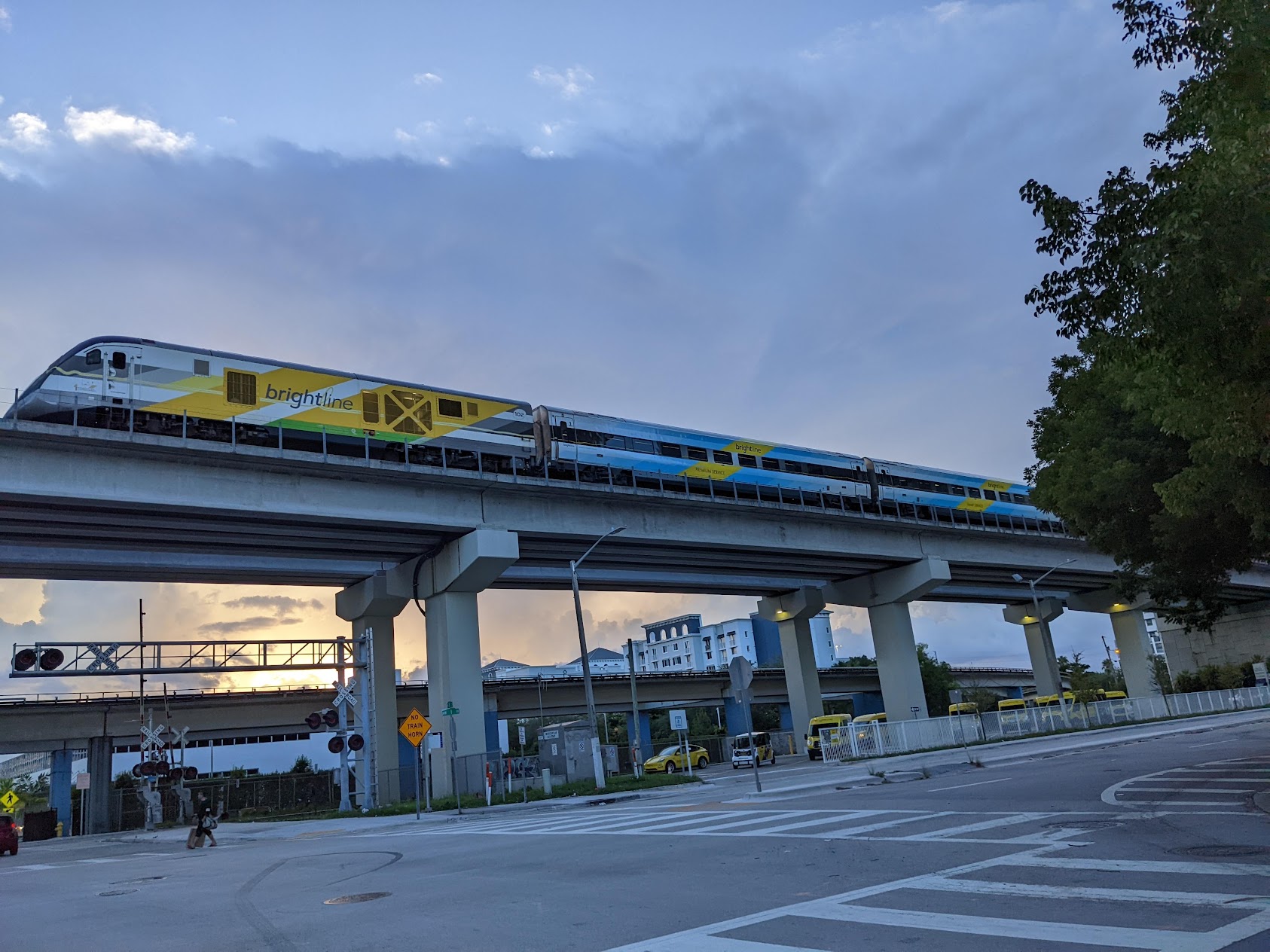