Miami To Disney On Brightline Is Confirmed; Direct Train Service To Orlando Begins In 2022

Brightline and Disney announced that they have finalized an agreement for a new train station at Walt Disney World in Orlando.

The new station will allow passengers to arrive in Disney without a car, directly from Miami.

Around 1,000 workers are now building the tracks from Miami to Orlando Airport, with service on schedule to begin in 2022.

The trip from Miami to Orlando Airport will take around 3 hours and will cost around $100 per ticket.

After stopping at Orlando Airport, the proposed site of the next Orlando station is Disney Springs, a popular shopping, dining and entertainment complex.

“Brightline will offer a car-free connection to the millions of visitors from around the state and the world who plan to make Walt Disney World Resort part of their vacation plans,” said Patrick Goddard, president of Brightline. “Our mission has always been to connect our guests to the people and places that matter, and Walt Disney World Resort is a tremendous example of this.”

The new station at Disney Springs is proposed to include a lobby on the ground level, passenger facilities and an upper level train platform.

Brightline is also working on an onward connection to Tampa. The company said it began engineering and design work for the Tampa connection in February 2020, after being awarded the right to execute lease agreements with FDOT and the Central Florida Expressway Authority in 2018.

Other Brightline stations either planned or under construction include Aventura, PortMiami, and Boca Raton. 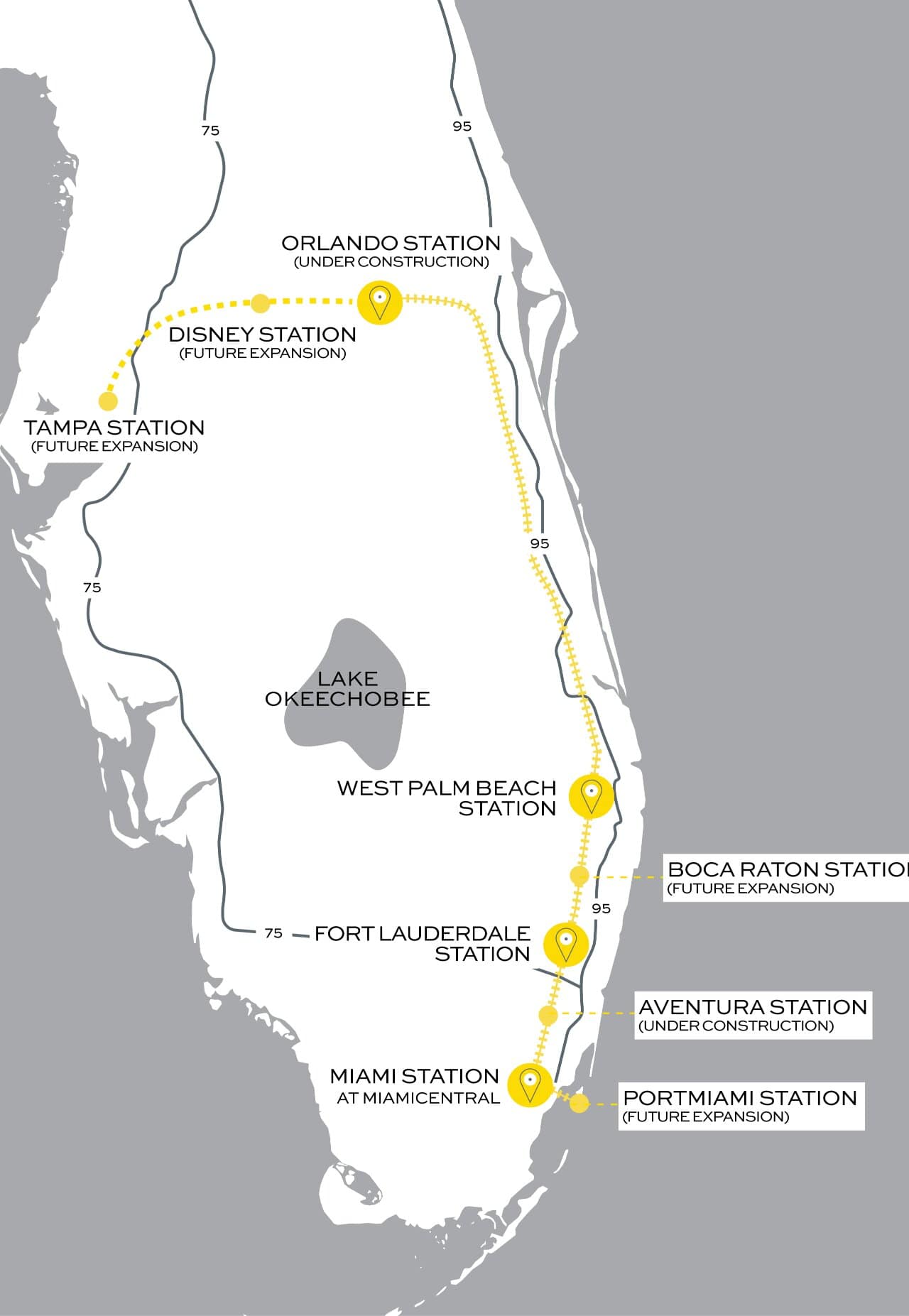