Brightline’s Ridership Ahead Of Analyst Forecast; $600M Bonds To Be Refinanced Next Month

Brightline (soon to be Virgin Trains) is planning to refinance some of its debt, and ridership is said to be stronger than forecast.

Yesterday, the company notified investors that it intended to exercise an option pay off bonds nearly 29 years early. They will be redeemed on April 18, 2019, subject to Brightline obtaining the necessary financing.

Ridership has been stronger than analysts had forecast, and could soon surpass even Brightline’s expectations.

According to an analysis released by credit ratings agency Fitch in December, ridership is already ahead of analyst projections, when taking into account station opening delays.

Brightline’s own ridership expectations were more optimistic than the Fitch expectations. Those too were on track to be surpassed by July 2019, Fitch wrote. As of December, ridership was just 5.3% below Brightline’s rosy forecast, when factoring in delays.

Profitability was expected even under the lower Fitch ridership forecast.

Cash had been depleted however, due to expenses relating to the station delays and work on an initial public offering (now cancelled). Bidding on a Tampa expansion and pre-work on the Orlando expansion has led the company reliant in cash injections from its parent company, Florida East Coast Industries.

Fitch is no longer rating the bonds, saying that a strategic focus that now includes real estate expansion meant that it no longer fit its rating criteria for Infrastructure and Project Finance.

Separately, Brighline released its monthly ridership and revenue report yesterday. For the month ended February 28, 2019, Brightline carried 78,707 passengers and generated $1.9 million in revenue. Compared to the prior month, ridership grew 7% and revenue grew 14%. 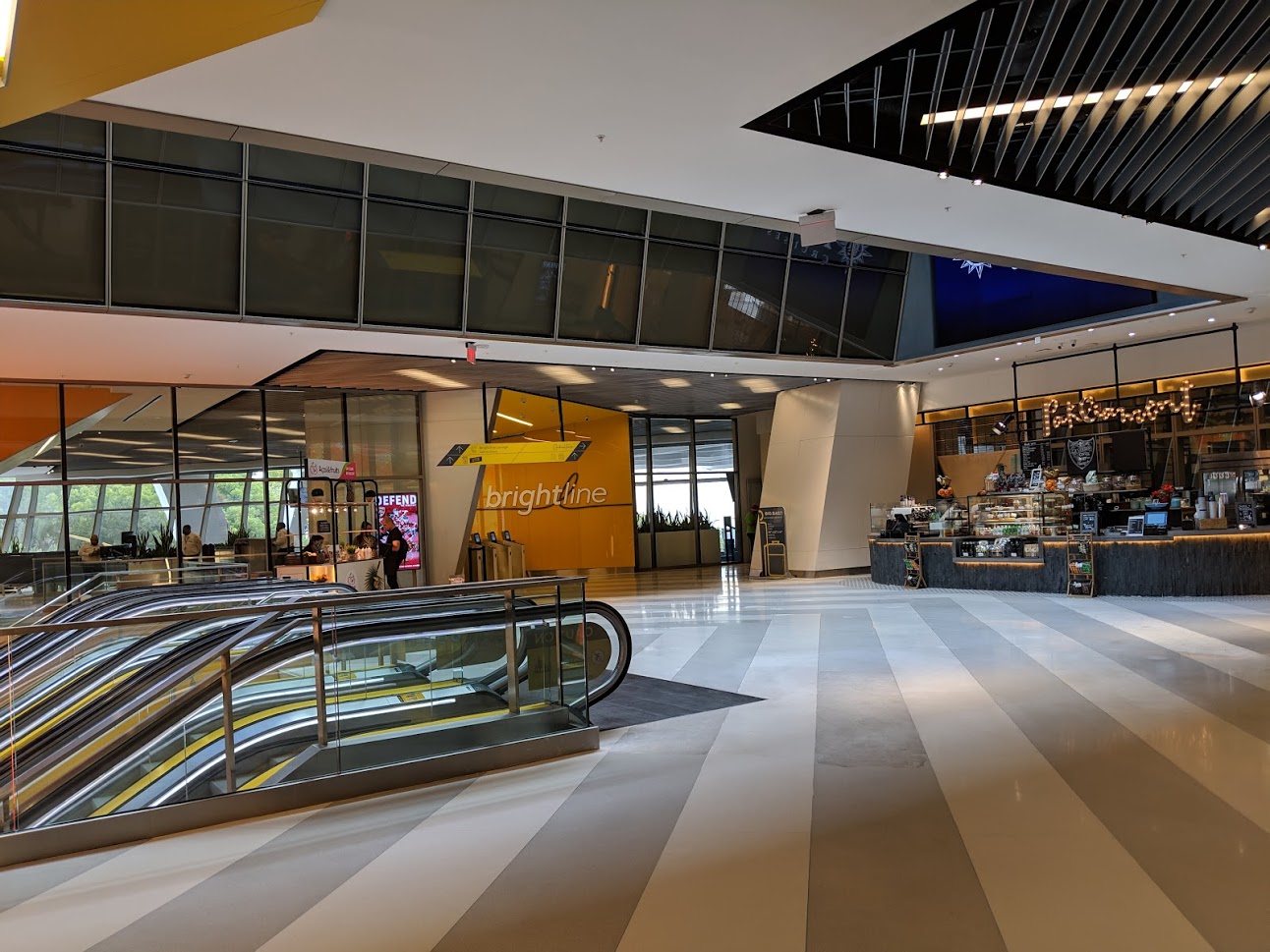