Sales Tax In Broward Will Rise To 7%, After Voters Approve Transportation Plan

Miami-Dade, Broward, and Palm Beach will all have matching 7% sales tax rates after an increase was approved by Broward voters yesterday.

Now at 6% in Broward, the rate will increase to 7% beginning on January 1. Palm Beach voted to increase their 6% sales tax rate to 7%, which began in January 2017.

In Broward, tourists account for about 30% of sales tax paid.

Two rail systems could be built using the proceeds, including an airport-seaport line in Fort Lauderdale and a light rail system to the western suburbs from downtown Fort Lauderdale. Rail does not appear to be a priority though, and the Sun Sentinel urged voters to reject the tax saying that the county could end up with no new rail at all under the plan.

The extra 1% is supposed to last for 30 years in Broward, and 10 years in Palm Beach. Dade increased the rate half a percent in 2002 to fund transportation, and another half percent earlier to fund Jackson Memorial Hospital.

Plans for The Wave streetcar were recently cancelled by Fort Lauderdale: 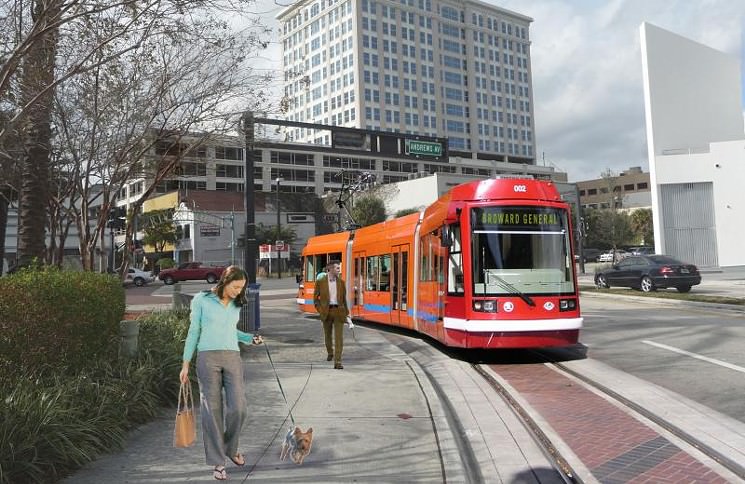