The system opened ahead of Super Bowl LIV played at the stadium this past weekend.

It is the first pulse gondola to be built at any stadium in North America, according to Jason Jenkins, a Miami Dolphins Senior Vice President of Communications.

Hard Rock Stadium’s Skyview has 12 cabins, all built with glass floors and sustainable wood benches. Each cabin can accommodate up to six people at a time.

The Dolphins have previously said the system would cost around $3 million to build, with Austrian ski lift builder Doppelmayr constructing the system.

Rides are for entertainment purposes and will last 10 minutes, or 1,800 feet. Riders will have a view of the crowd below and the Miami skyline in the distance.

Hard Rock Stadium will soon host the Miami Open tennis tournament, and attendees will be able to ride the gondola. Crews began preparing the venue for the Miami Open just hours after the Super Bowl ended on Sunday, working into the early hours of the morning. 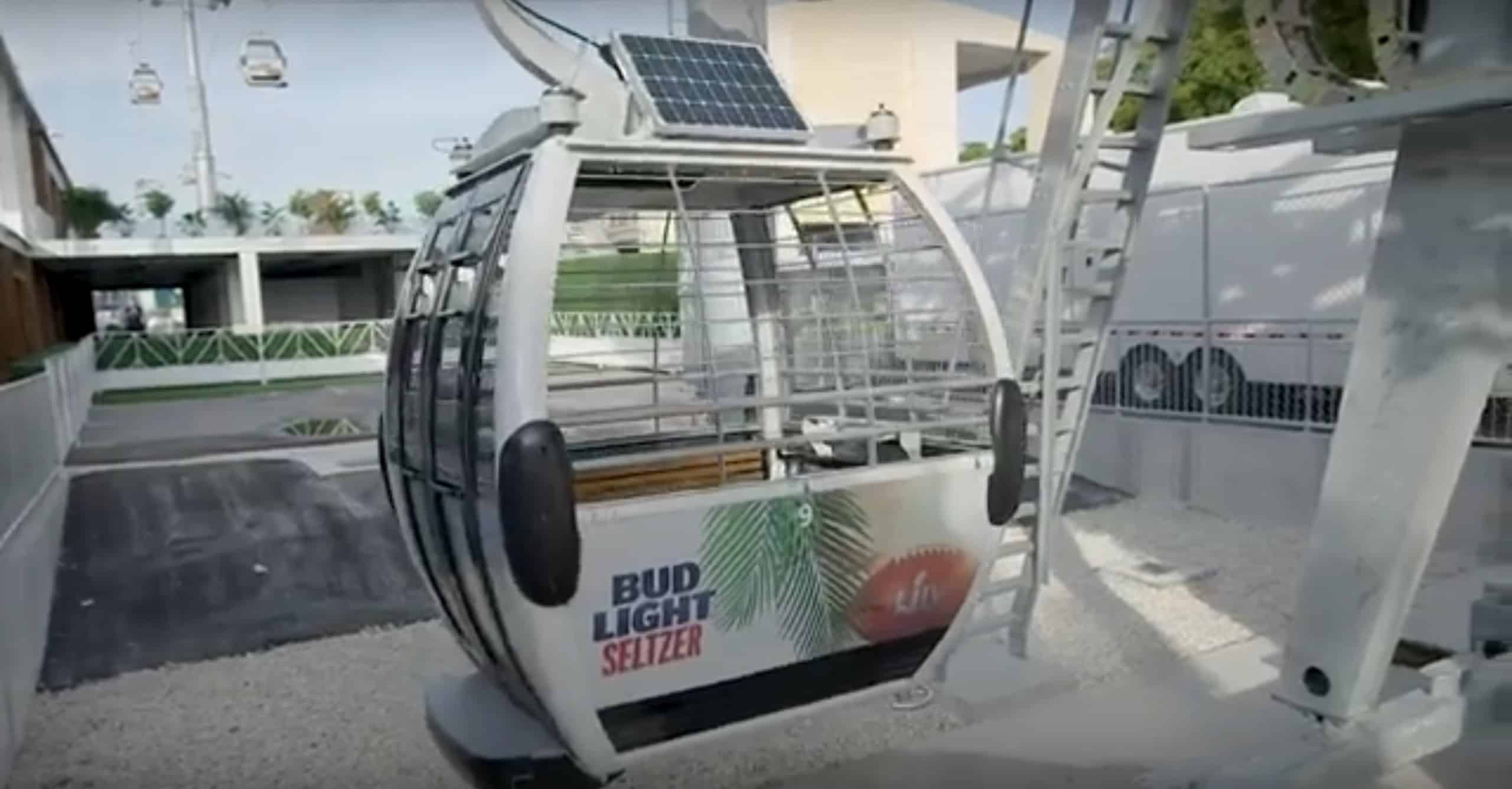