Burger King Across From Brickell City Centre Approved By FAA To Be Replaced With 78-Story Tower, After Owner Sues Over Brickell Heights Construction

The Federal Aviation Administration has granted approval for a 960 foot tower to replace the Burger King strip mall across from Brickell City Centre.

The owner of the property also filed a new lawsuit last month over construction debris from the Brickell Heights and SLS Lux construction projects that wrapped up last year.

City Center Properties LLC was granted FAA approval to build a tower on the property of up to 953 feet above ground, or 960 feet above sea level.

Construction must begin by May 2021. FAA approval had been granted for an identical height in 2016, but was set to expire this month.

The owner of the property has also been granted city approval for a 78-story tower on the property called 18. It is planned to include four stories of retail at the base, with the upper levels to include 392 residential units, in a tower designed by Nichols Brosch Wurst Wolfe & Associates.

Architect NBWW has said the tower would be among “the most architecturally-compelling structures to rise in downtown Miami.”

There doesn’t appear to be any immediate plan to build however, with the owner still actively advertising space for rent in the old strip mall.

Meanwhile, City Center Properties filed a lawsuit last month over the construction of Brickell Heights and SLS Lux next door.

Construction debris is among the complaints in the lawsuit. Defendants include an affiliate of developer Related Group, as well as contractor Moss Construction (the lawsuit filing is embedded below). 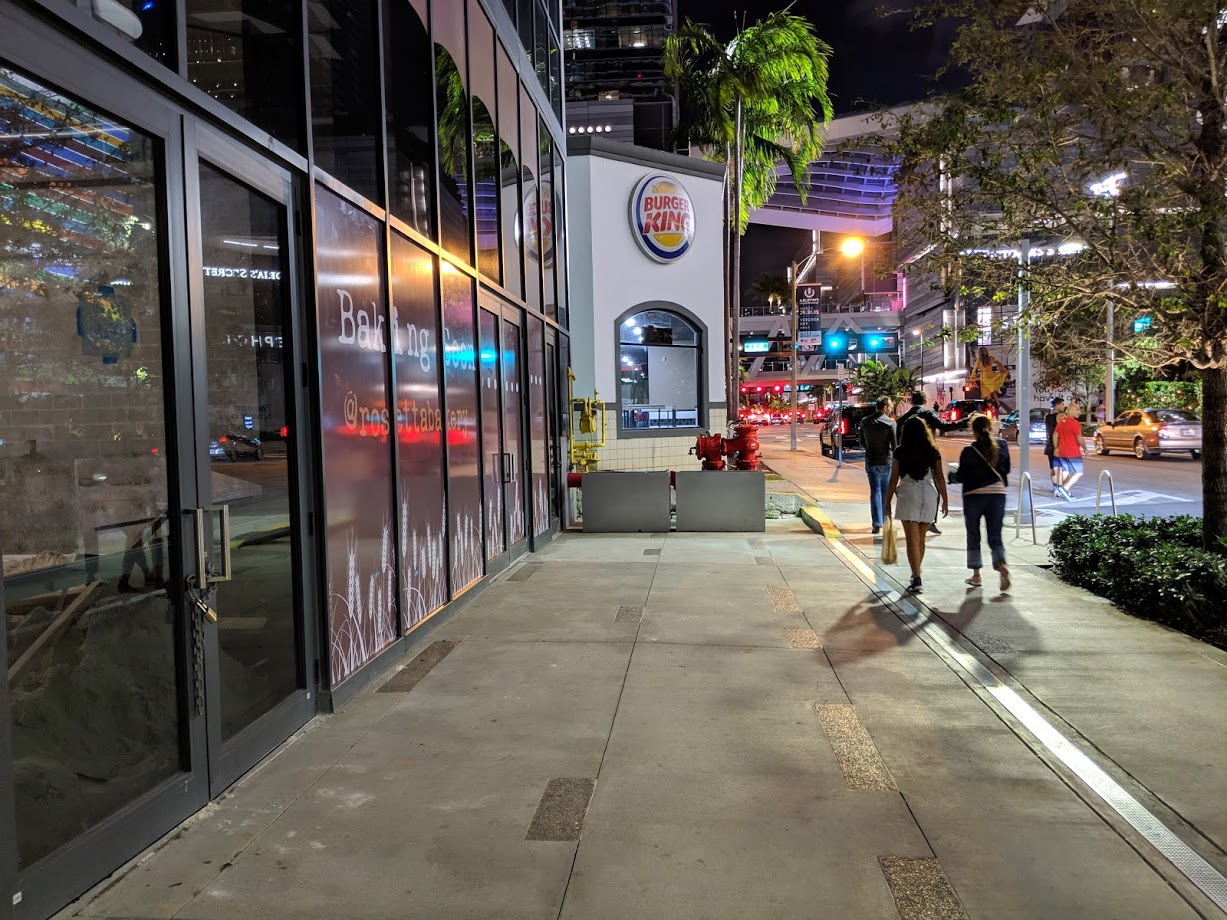