Bus Rapid Transit To South Dade Is Funded & About To Begin, But Now A Commissioner Wants It Cancelled

A newly elected Miami-Dade commissioners is demanding the county to cancel plans to build a Bus Rapid Transit system to South Dade.

Kionne McGhee, who was recently elected commissioner for the South Dade area, is asking Mayor Daniella Levine Cava to cancel the project.

Although the BRT system has been years in planning and is about to begin construction, McGhee wants the county to build rail instead.

A $368 construction contract was awarded to Spanish contractor OHL in October, and the mayor is expected to issue the contractor a Notice to Proceed imminently.

The county, state and federal government have agreed to finance the project after years of planning.

The project is known as the South Corridor, or the South Dade Transitway. It is one of six rapid transit corridors of the Strategic Miami Area Rapid Transit Plan (SMART) and the first to move forward.

The county has said that the bus system will be “cutting edge.”

The South Corridor runs along 20 miles of exclusive transit right-of-way, starting at Dadeland and running to SW 344th Street.

A total of 14 stations are planned, along with a Park and Ride Garage.

Stations are being designed to accommodate rail in the future, and commissioners have promised that the line will be converted to rail once boardings surpass 35,000 per day.

The cost for a rail system on the same route has been estimated at $1 to $1.5 billion. 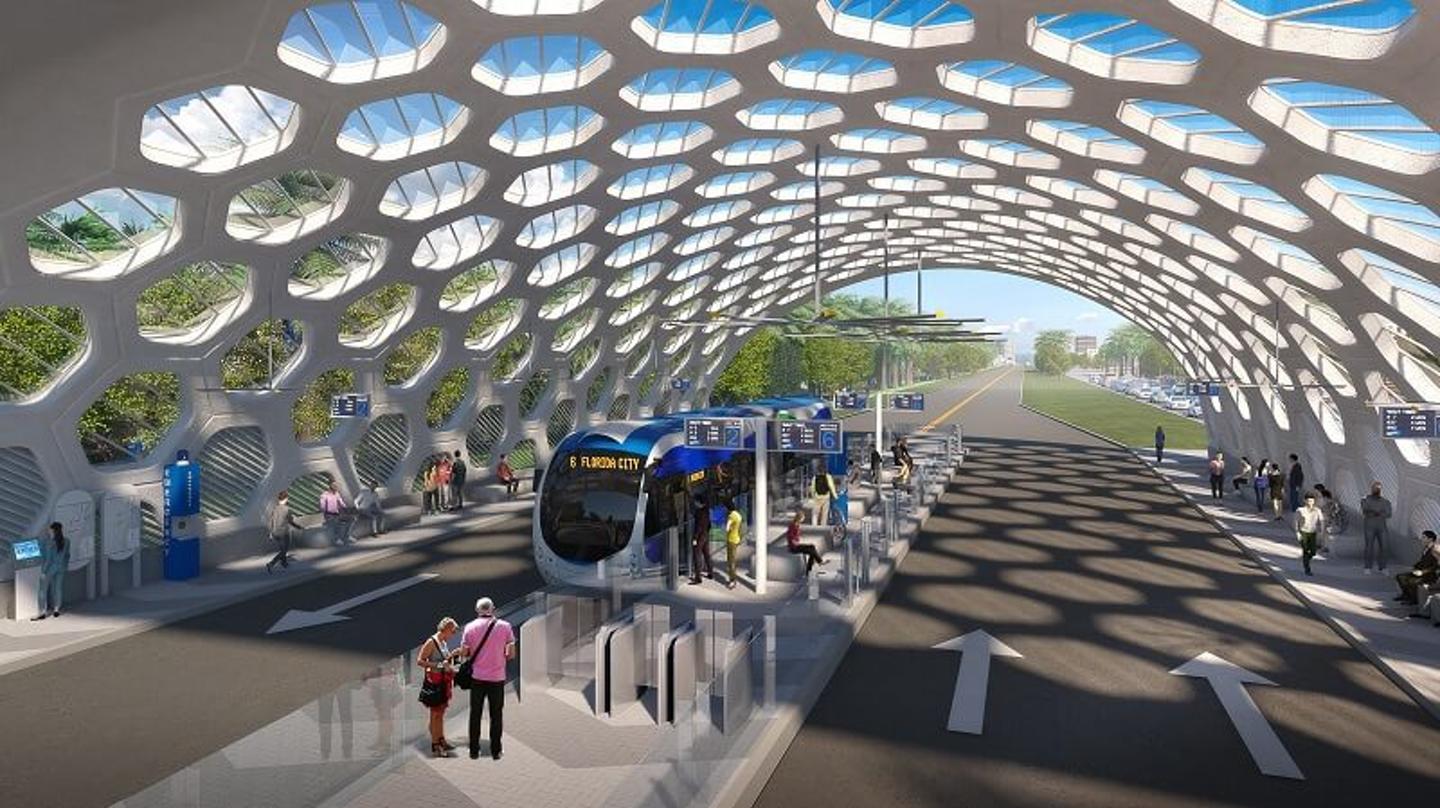