Yes, there really is a bus stop skeleton at the brand new Paradise Plaza in Miami’s Design District.

URS FISCHER: BUS STOP, 2017
Situated on a plaza in the Miami Design District sits a new fountain by the artist Urs Fischer. Its backdrop is a re-creation of a Miami Beach bus stop with all its signage and advertisements missing.

In its midst, on the bench, is a skeleton, lying on its back, inhabiting this artificial sphere of public space. A constant trickle of water lands on its head and forms a pool below.

The skeleton figure is of no particular gender or age. It serves as a representation of anyone. 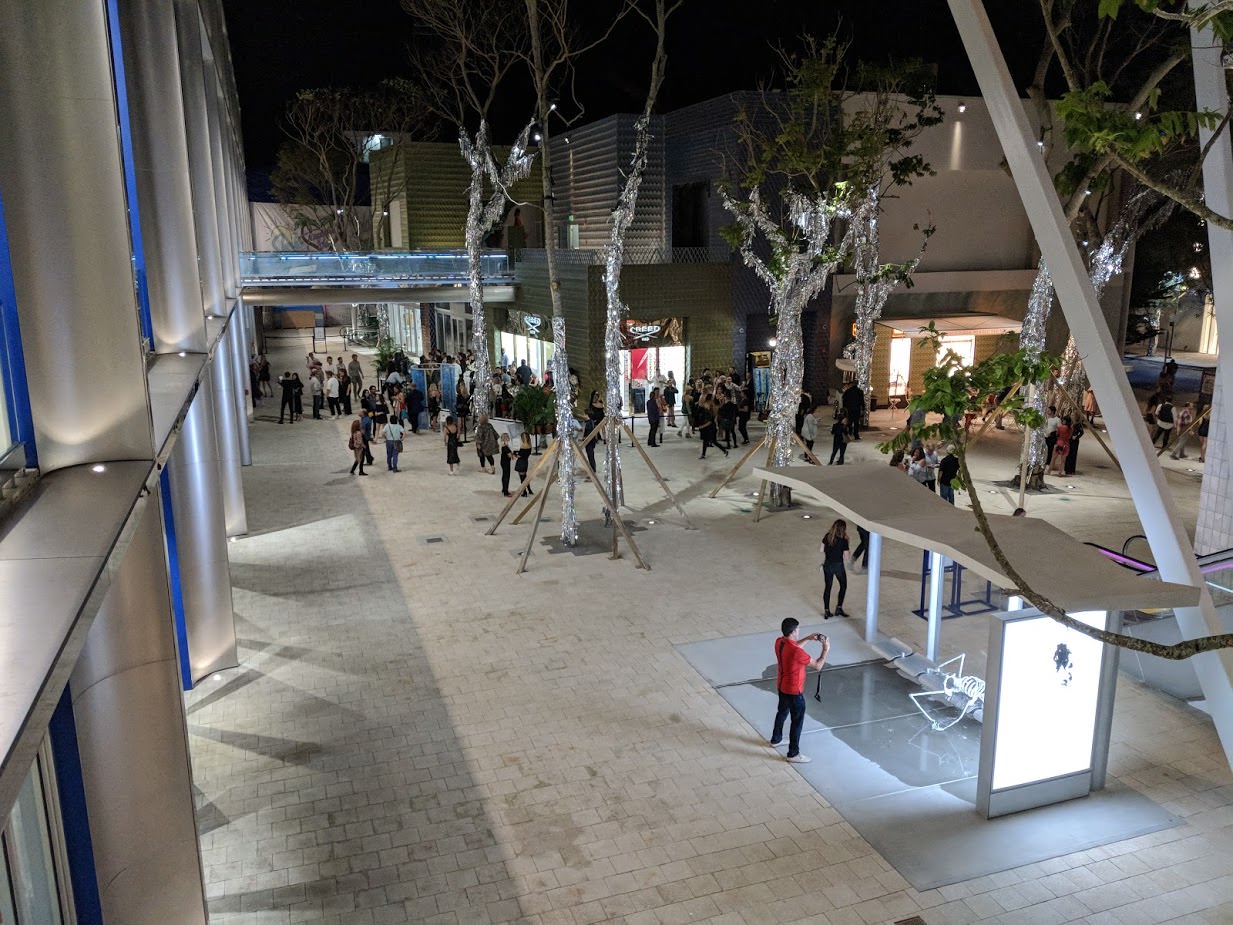 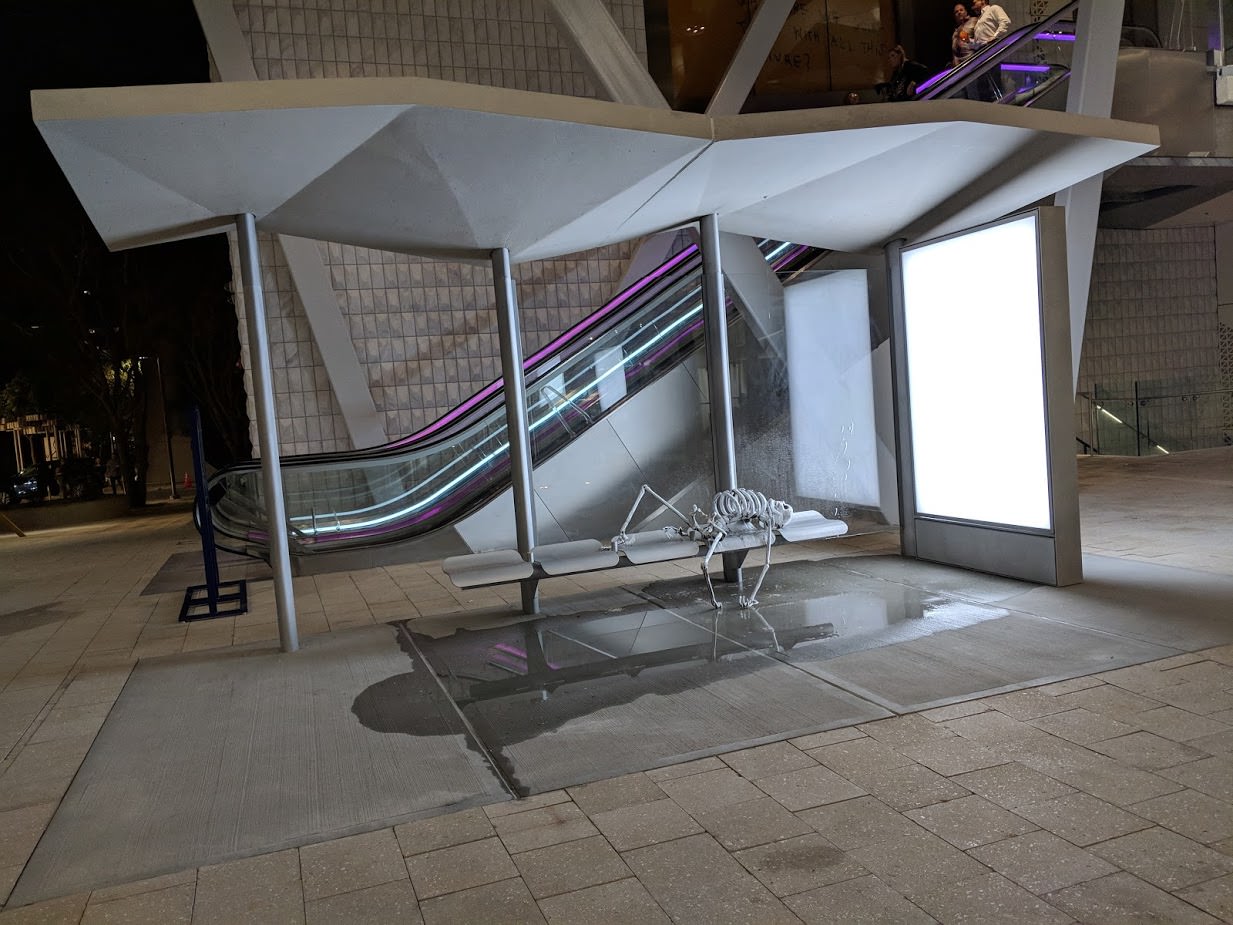 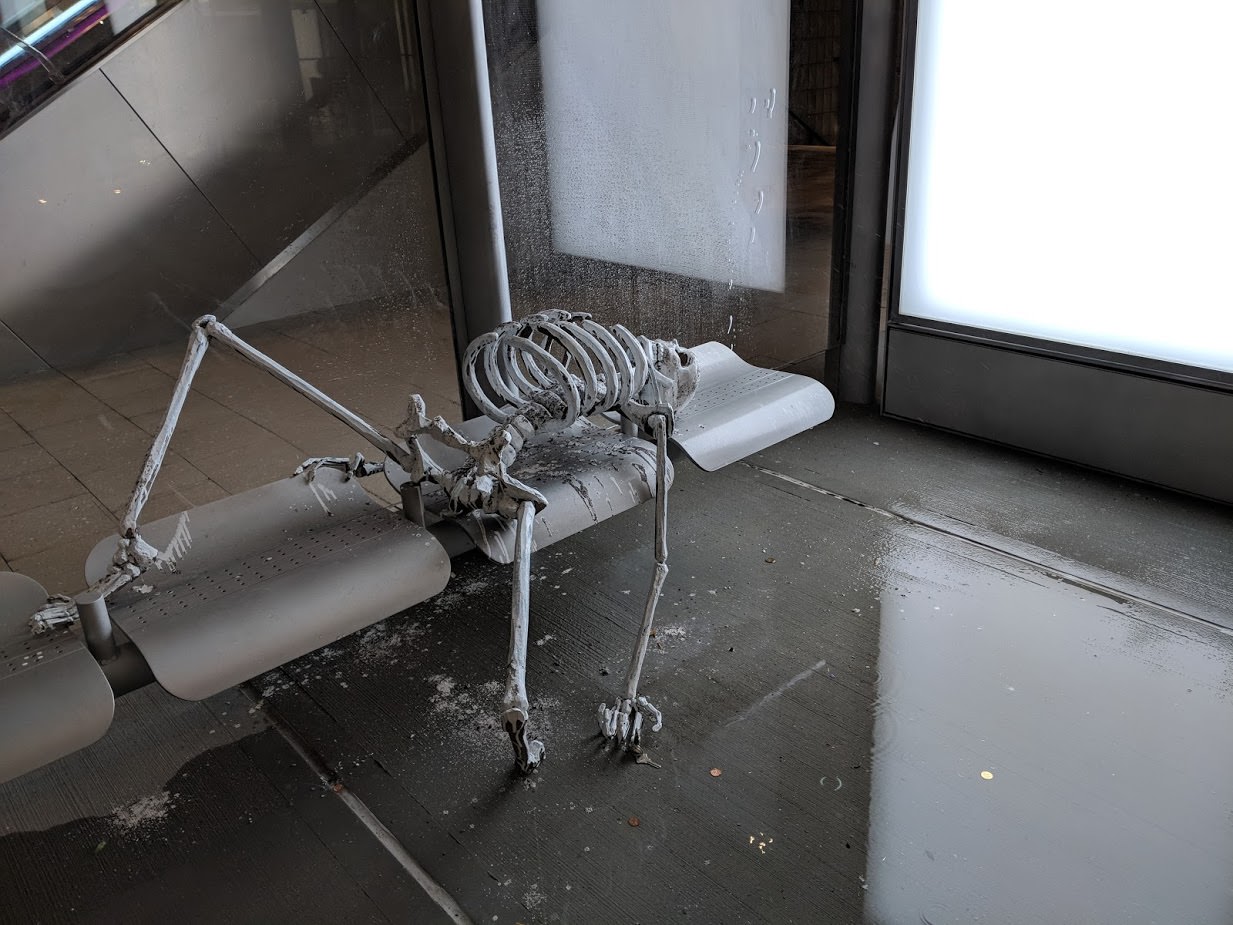