Business and First class seats on many flights to Miami in the coming days are completely sold out after the U.S. finally reopened the border today.

As of this morning, vaccinated travelers are permitted to enter the U.S.

Previously, the U.S. had banned entry to those arriving from some of Miami’s biggest originating markets, including most of Europe and Brazil.

According to Google Flights, business and first class seats are 100% sold out on many days in the coming week.

On example is the daily flight from Zurich, where Swiss has no seats at all in business to Miami for at least the next week. First class is only available on handful of days (economy seats are available).

Flights to Miami from other European cities including Madrid, Barcelona, Frankfurt, London, and Paris are also showing as sold out in business and first class over the next week.

From South America too, flights from Rio de Janeiro and São Paulo are sold out in business class on many days.

Overall, MIA is poised to see the highest traffic ever recorded in airport history. Available seats for the current quarter are now 10% higher than the same period in 2019.

Not a single seat is available in business class ZRH-MIA for the next week. The situation is similar from other European cities: 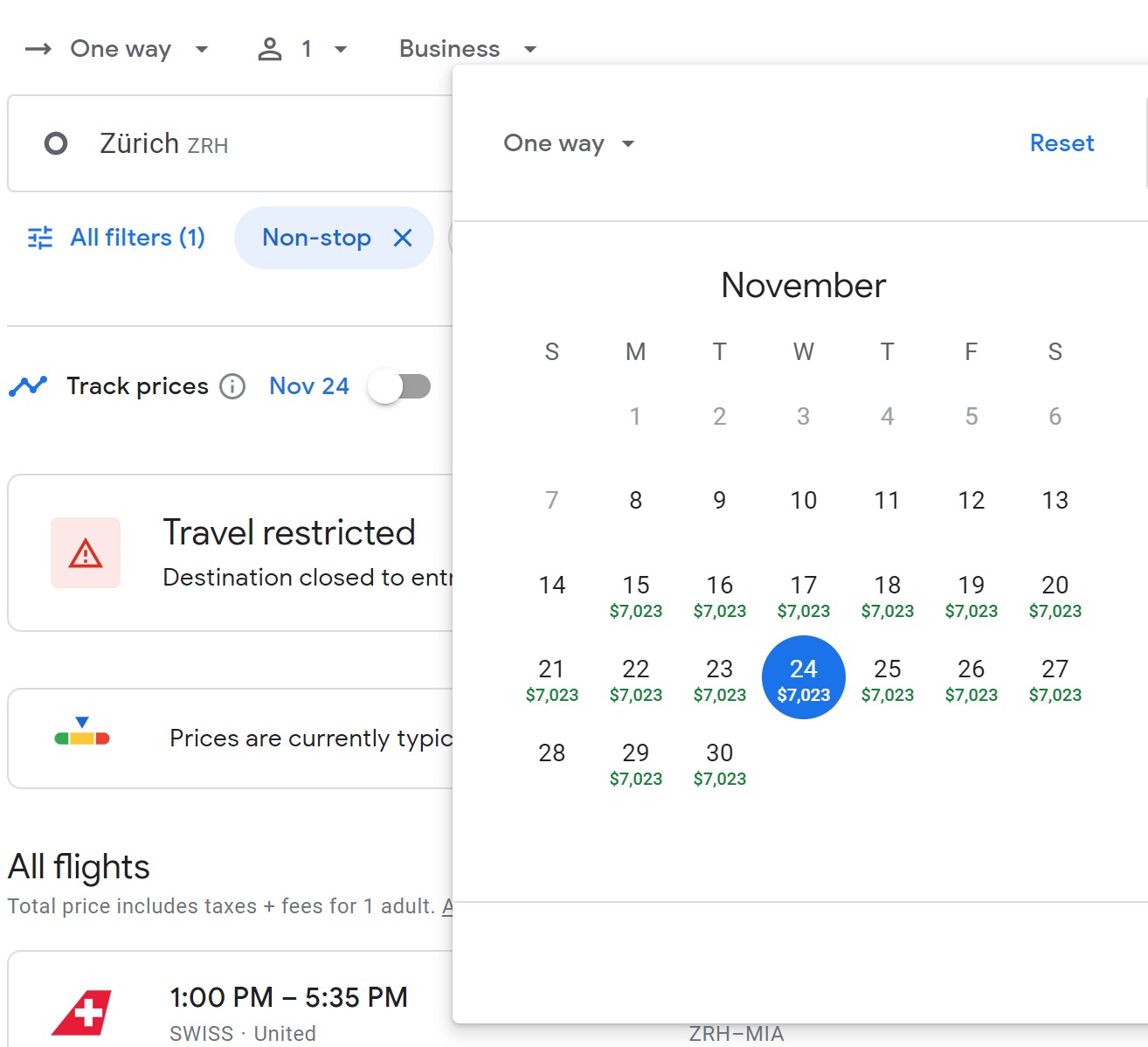