At Canvas, a restaurant has signed on to open at the ground floor.

Graspa Group, the team behind the successful Segafredo and Spris brands, is teaming up with a celebrity bartender on a new concept at CANVAS

“Esotico Miami,” which will be located in the ground floor at CANVAS (1630 NE 1st Avenue), the flagship condominium of the Arts + Entertainment District, will offer modern tropical cuisine and hand-crafted, exotic cocktails by internationally celebrated bartender Daniele Dalla Pola. It will also provide a home base for local musical talent – a cornerstone of the Arts + Entertainment District mission – by featuring live music several nights a week.

“We’re delighted that Graspa has chosen the Arts + Entertainment District for its next venture,” said Nir Shoshani of NR Investments, the developer behind CANVAS and Filling Station Lofts. “This is the team that has made Segafredo one of the most beloved neighborhood cafés in Miami, and we’re confident that Esotico Miami will be equally magical, and become the de facto ‘living room’ for the Arts + Entertainment community. Graspa’s focus on good food and good people, combined with Daniele’s thoroughly original approach to cocktails, is a winning recipe.”

Slated to open in Fall 2018, Esotico Miami will serve dinner and late-night cocktails (opening for lunch eventually), and seat approximately 100.

Graziano Sbroggio, founder of Graspa Group, and Dalla Pola launched Segafredo together in the 1990s. Dalla Pola honed his craft in Miami before returning to Italy to launch a restaurant and two successful cocktail establishments. He owns his own liquor (rum) brand, Alamea, and travels the world consulting and offering workshops for some of the biggest names in the spirits industry. He was nominated best bartender in the rum category at the International Rum Conference in Madrid, and one of the best bartenders in the world by Tales of the Cocktail in New Orleans.

“Daniele is a true artist, and every great artist needs a good manager behind him,” said Sbroggio. “He was the first to suggest the location at CANVAS and it didn’t take long to convince me. We see a lot of people moving into the Arts + Entertainment District. It has great connectivity to Downtown, Wynwood and Miami Beach and has a really strong community of local artists and entrepreneurs. We see this as the next great neighborhood in Miami.”

Alex Acker and Frank Rodriguez Melo of Cedano Realty Advisors represented the parties in the transaction. Esotico Miami will be located in a 2,700-square-foot space on the ground floor southeast corner of CANVAS. 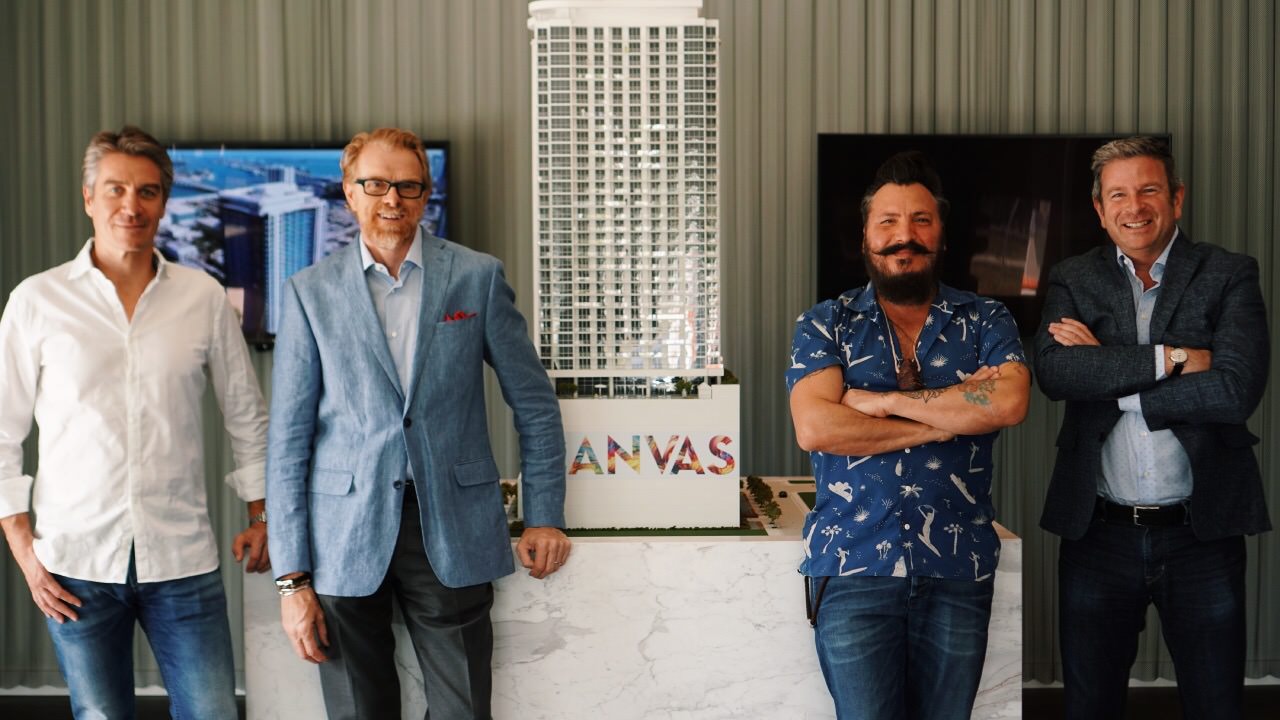