Carnival Cruise Line Ship Is Getting An Entire Miami-Themed Zone

Carnival Cruise Line – which was founded in Miami and still based here (in Doral) has announced plans to pay tribute to its hometown on one of its cruise ships.

The new area will be known as 820 Biscayne built on Carnival Celebration, which will begin sailing from Miami in November.

Carnival’s original headquarters was at 820 Biscayne, where the Marina Blue condo tower is now located.

The company says it is capturing “the tropical feel and original Art Deco designs that can still be found on Miami Beach today to the modern city look of Brickell,” in the new design.

• Bar 820 – a half inside, half outside retro-inspired bar that will feature a “vintage cool” design with grab-and-go Cuban and specialty coffees for early risers on their way outside for some morning sunshine, as well as Miami-inspired tropical frozen drinks and creative martinis day and night.

• Deco Deli – designed as a nod to Miami’s Art Deco mecca with colorful fonts and signage, the space will serve more than the classic deli sandwiches with an expanded menu that also highlights Miami staples including the Cubano (pork, ham, swiss cheese and mustard), a croqueta sandwich (ham and cheese croqueta, shaved ham and pickles), and pan con lechon (slow cooked pulled pork, melted onion and mojo sauce) all on Cuban bread.

• Miami Slice – continuing to give guests the 24-hour pizza they know and love, the always-popular walk-up spot will offer authentic, fresh-from-the-oven and hand-tossed slices of cheesy goodness amid a contemporary and vibrant décor reminiscent of the late-night eateries on Miami’s bustling Ocean Drive.

The ship will be based at Carnival’s new Terminal F at PortMiami, which will be among the first at the port to be shore-power ready in 2023, a press release said. 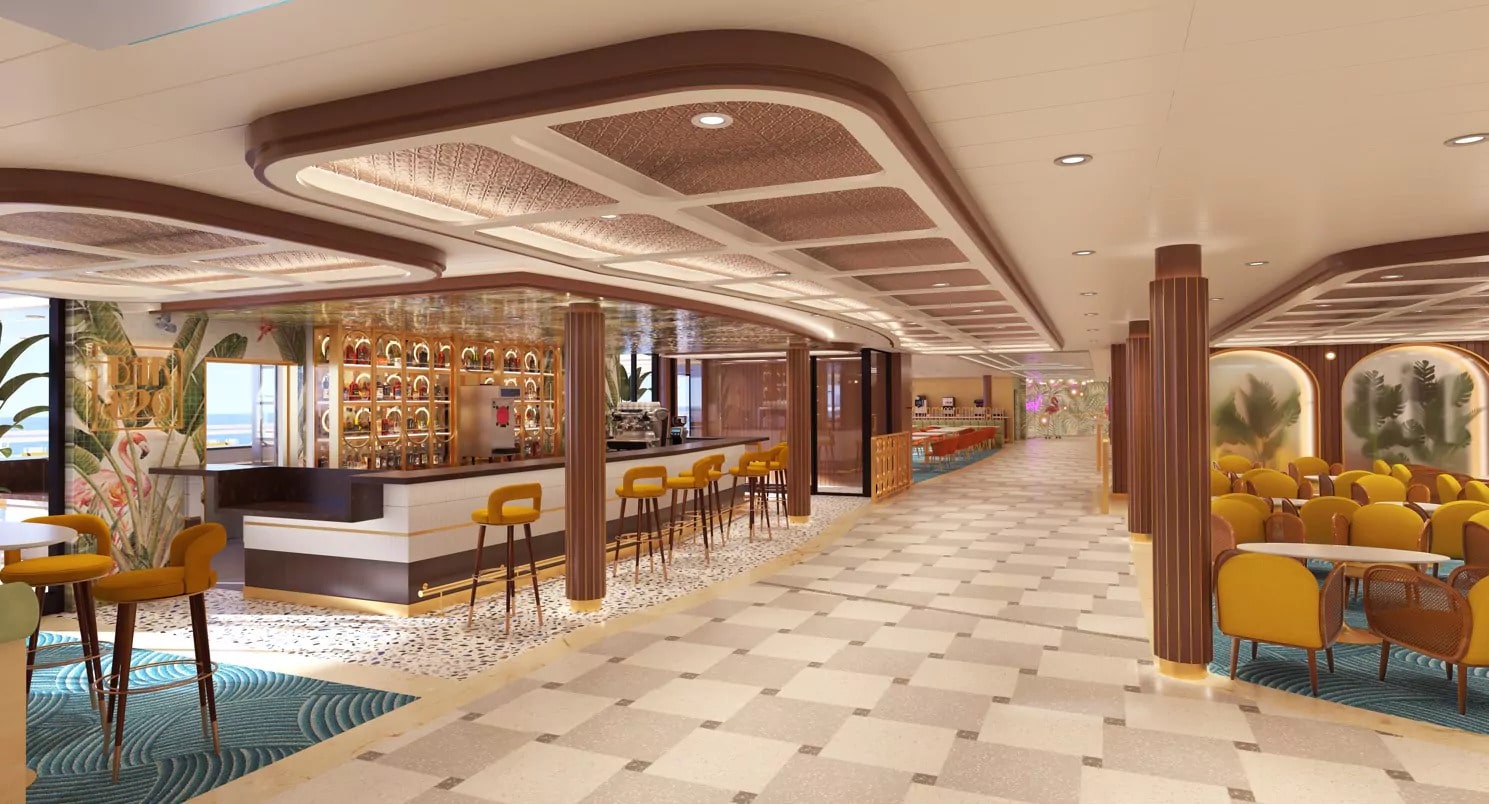 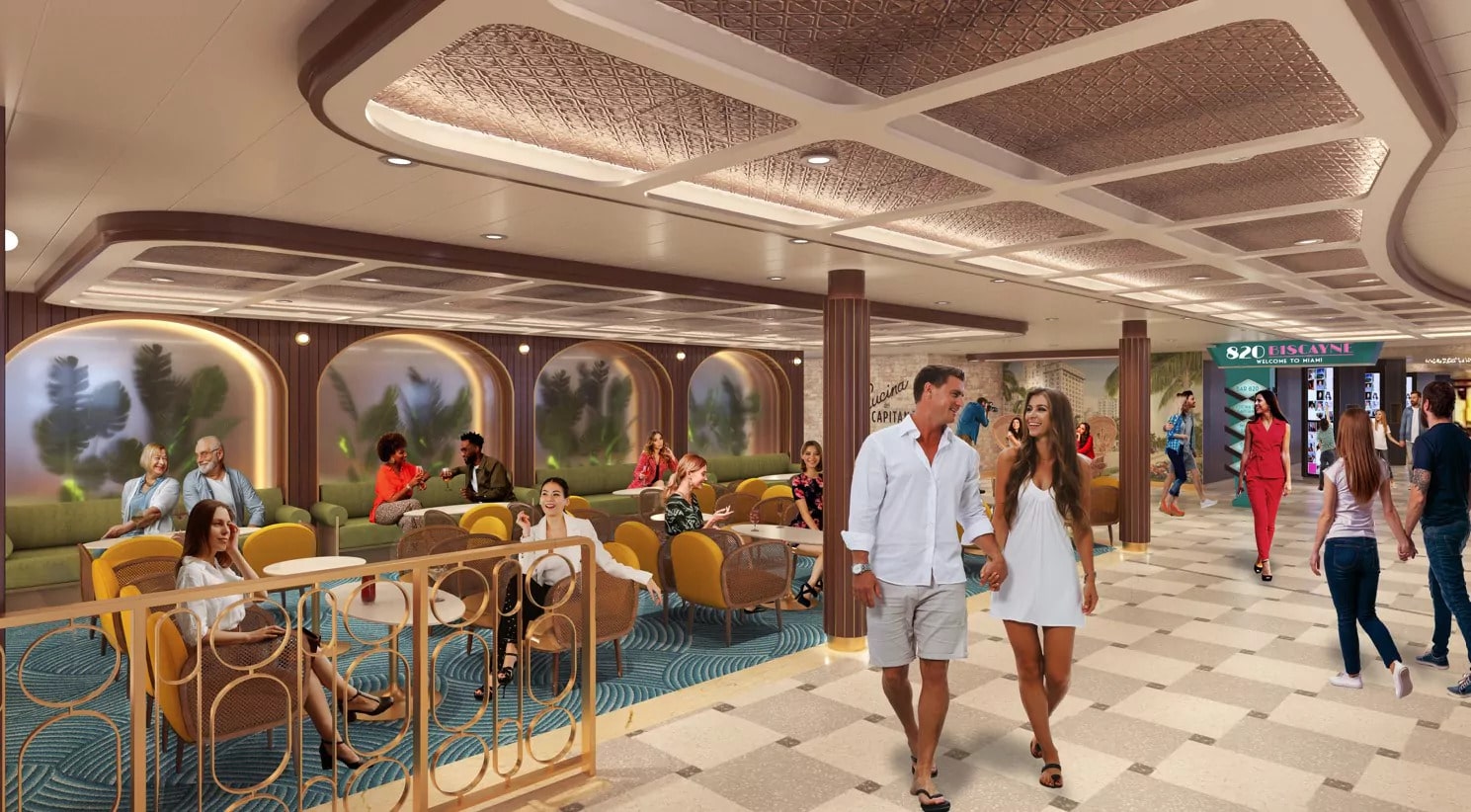 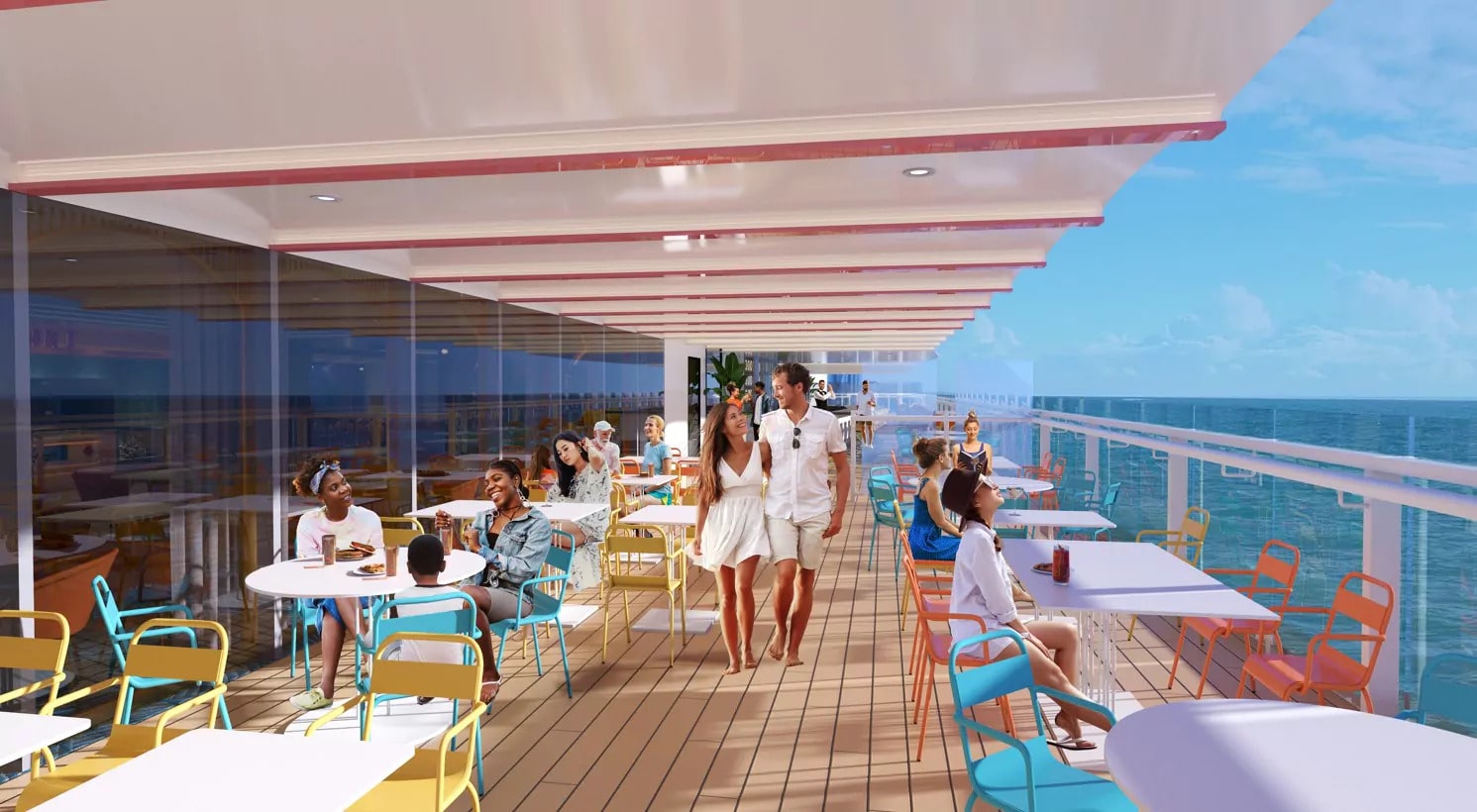 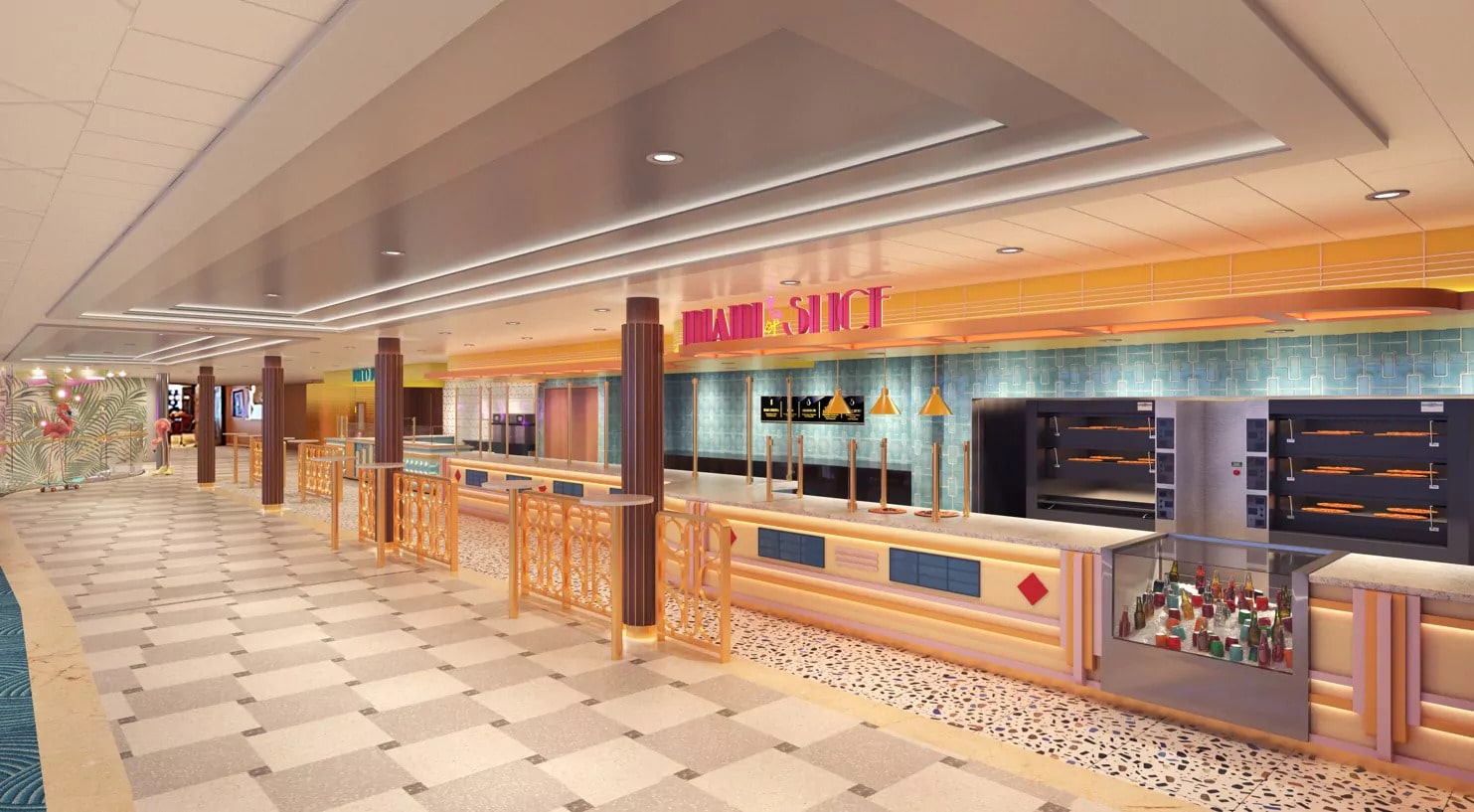