The report was met with disbelief and ridicule by some Twitter users.

However, from July 2020 to July 2021, the agency claims that Miami-Dade’s population shrunk by 1.1% – at a time when Miami was seeing a Covid-fueled influx of new residents.

“These census data takers were not driving in rush hour traffic or trying to get a table at a packed restaurant on a Tuesday,” wrote Carlos Frías, a Miami Herald editor.

Others pointed to the housing market. Miami has seen the highest increase in rents of any U.S. city over the past year, with demand so high that bidding wars are breaking out over apartments.

Miami-Dade was not alone in seeing a population drop in the year ending July 2021. According to the Census, 8 out of the top 10 most populous counties in the U.S. saw a decline during the period. 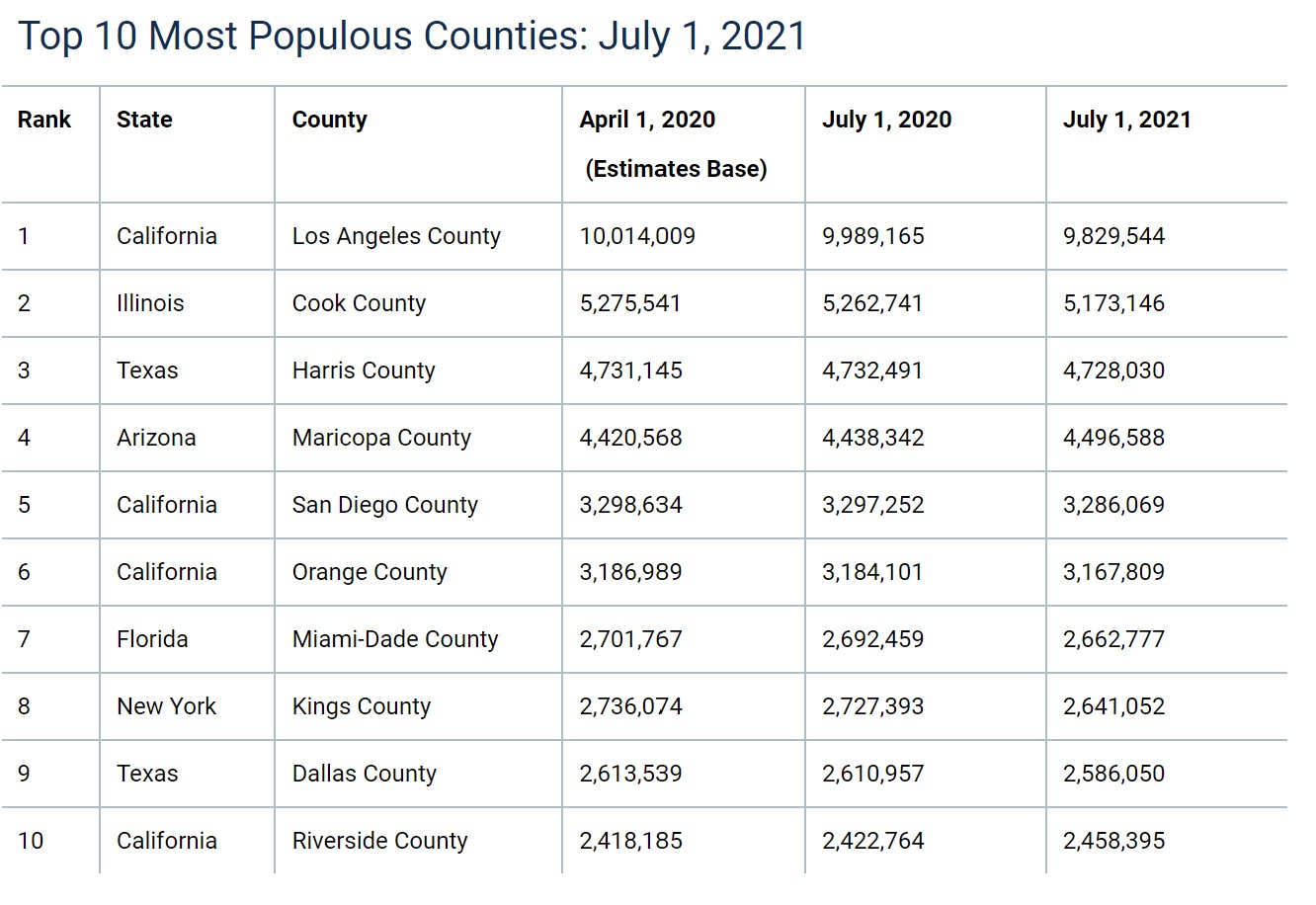