Brickell Megaproject Announced: The River District To Have 4 Towers, Partnership With Groot Hospitality

Four towers are planned with condos, office space and rentals. Construction is already underway on the first.

David Grutman of Groot Hospitality is partnering to provide restaurant and nightlife venues.

A riverwalk and marina is also being built.

The project website (with additional renderings) is here. A press release is below:

THE CHETRIT GROUP ANNOUNCES THE RIVER DISTRICT IN MIAMI

MIAMI, FL – DECEMBER 14, 2022 – As Miami’s bustling Brickell neighborhood evolves into one of the nation’s most desirable urban cores, New York-based developer Chetrit Group announces a transformative new district that will reimagine over six acres of the Miami River’s waterfront into a premier destination for art, entertainment, music, and culture. The River District, located at the long-underutilized delta between I-95, Southwest Second Avenue and Jose Marti Park, brings high-end living, working, dining, shopping and yachting to the area with four distinct, brand-new skyscrapers, a pair of two-story waterfront retail buildings, a marina and lush new streetscapes inspired by Brazil’s tropical modernism aesthetic.

Situated just south of the Miami River, The River District will comprise of 4 million square feet of new development in all. This includes about 1,600 residences, Class A office space, 30,000 square feet of curated retail, a boat marina that can accommodate 60-foot vessels, 2,000 covered parking spots, as well as vibrant restaurants and nightlife venues. The first building to come to market at The River District will be its luxury condominium. Expected to launch in early 2023, sales and marketing will be exclusively handled by Douglas Elliman Development Marketing.

“The Miami River has been ripe for a new archetype of riverfront living, especially as the Brickell neighborhood continues to attract national companies and new residents to its urban core,” said Michael Chetrit of Chetrit Group. “With demand for new, curated experiences walkable from Brickell Avenue at an all-time high, we are excited to introduce a ground-up new neighborhood that builds and honors community, with a Brazilian twist. The River District is going to create a riverwalk experience for the first time in the city, and we expect to completely transform how people in the area live, work and play.”

To elevate the standard of hospitality, Chetrit Group partnered with David Grutman of Groot Hospitality – the globally renowned nightlife and hospitality visionary behind the goodtime hotel, nightclubs LIV and Story and restaurants Gekkō, Papi Steak, Swan and Komodo, among more – to deliver innovative new culinary and residential concepts exclusively to the ambitious master- planned development. Through a lens of lavish design, in-demand talent and a frisson of celebrity and social media moments, Grutman is known for reestablishing Miami as a global contemporary hotspot for hospitality and aims to infuse this same spirit throughout The River District.

“The River District is going to be a highlight in Miami city’s ongoing transformation,” said David Grutman. “Paired with Chetrit Group’s overall vision, I’m incredibly excited to bring Groot Hospitality to this game-changing development. We plan to feature versions of our existing concepts as well as all new ideas, across residential, restaurant and entertainment spaces.”

The four skyscrapers at The River District – a luxury condominium, office tower and two premier rental buildings – are each distinguished by their own, unique interpretation of the Brazilian tropical modernism motif. This design vision, a hallmark of the vibrant culture at The River District, will be spearheaded by leading local architecture firm Kobi Karp Architecture and Interior Design. Having helped shape many of Miami’s most exclusive neighborhoods, from Fisher Island to Surfside, Kobi Karp is the top architect for transformative projects of The River District’s scale and level of importance. He is responsible for creating the master plan for the site, as well as the architecture, which together are reminiscent of the beachfront walkways of Rio de Janeiro.

For the interiors, Chetrit Group tapped New York-based, award-winning architecture and design firm Rockwell Group. Rockwell Group is known for creating unique narratives for award-winning projects across the globe, which range from restaurants, hotels, airport terminals, and hospitals, to festivals, museum exhibitions, and Broadway sets. Projects include multiple Oscar award ceremony production designs; Nobu hotels and restaurants worldwide; Equinox Hotel New York; restaurants like Katsuya and Peak in New York and Gekkō and CHICA in Miami; set designs for Broadway shows, such as Hairspray and Kinky Boots; and many more. Rockwell Group will design the condominium tower, including the lobby, amenity spaces and 378 studios to three- bedroom residences. Rockwell Group and IDDI, an international design firm, will envision the rental tower, where Rockwell Group is designing the lobby and restaurant.

Representing the first master-planned project developed by Chetrit Group in South Florida, The River District will showcase the company’s level of focus and expertise delivering large-scale real estate developments. Construction will be completed in phases, with phase one currently underway. That includes the first rental tower, as well as the two retail buildings. The next phase will begin with the groundbreaking of the luxury condominium, which is slated for early 2023 with a target completion in 2026. 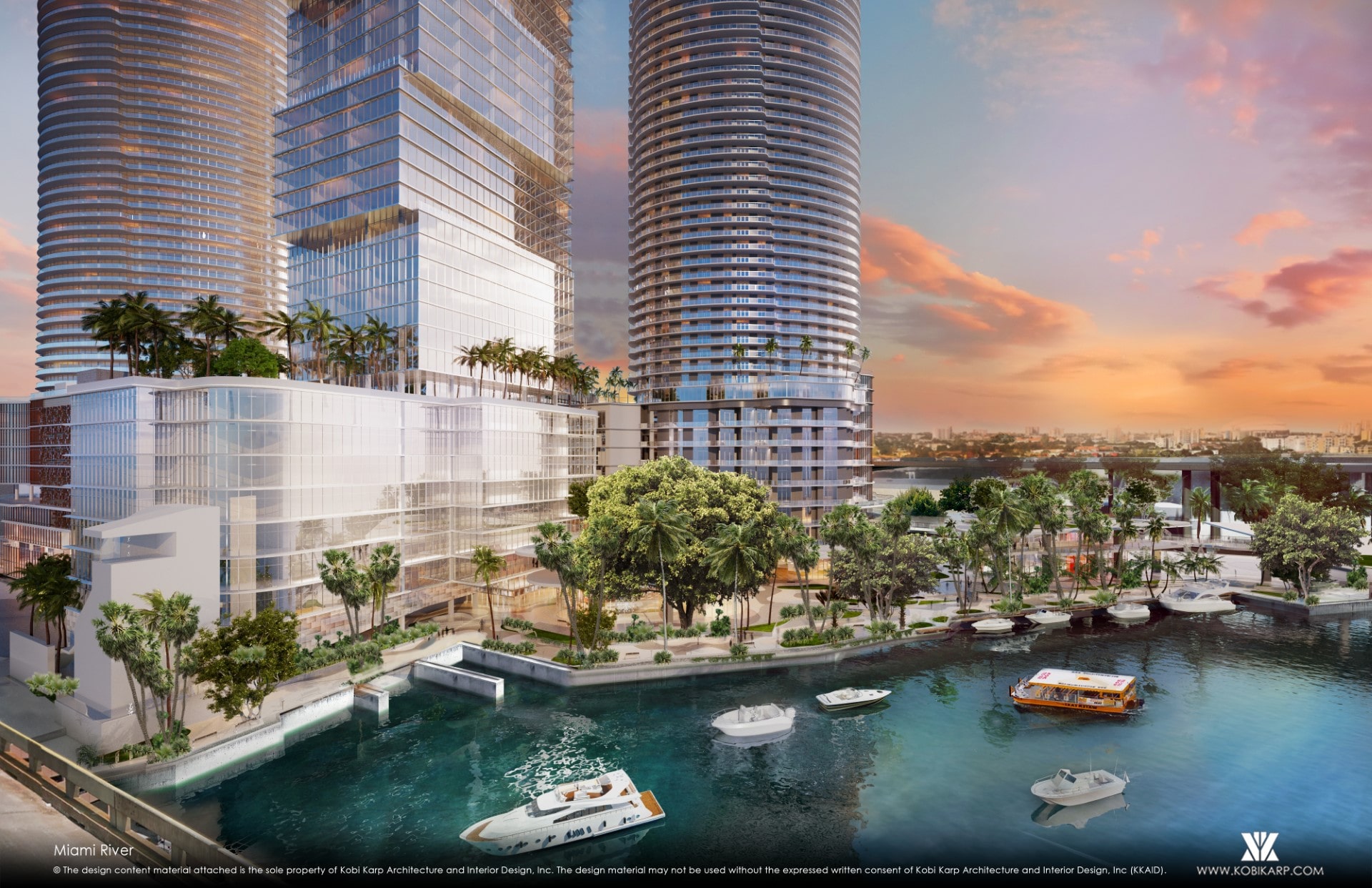 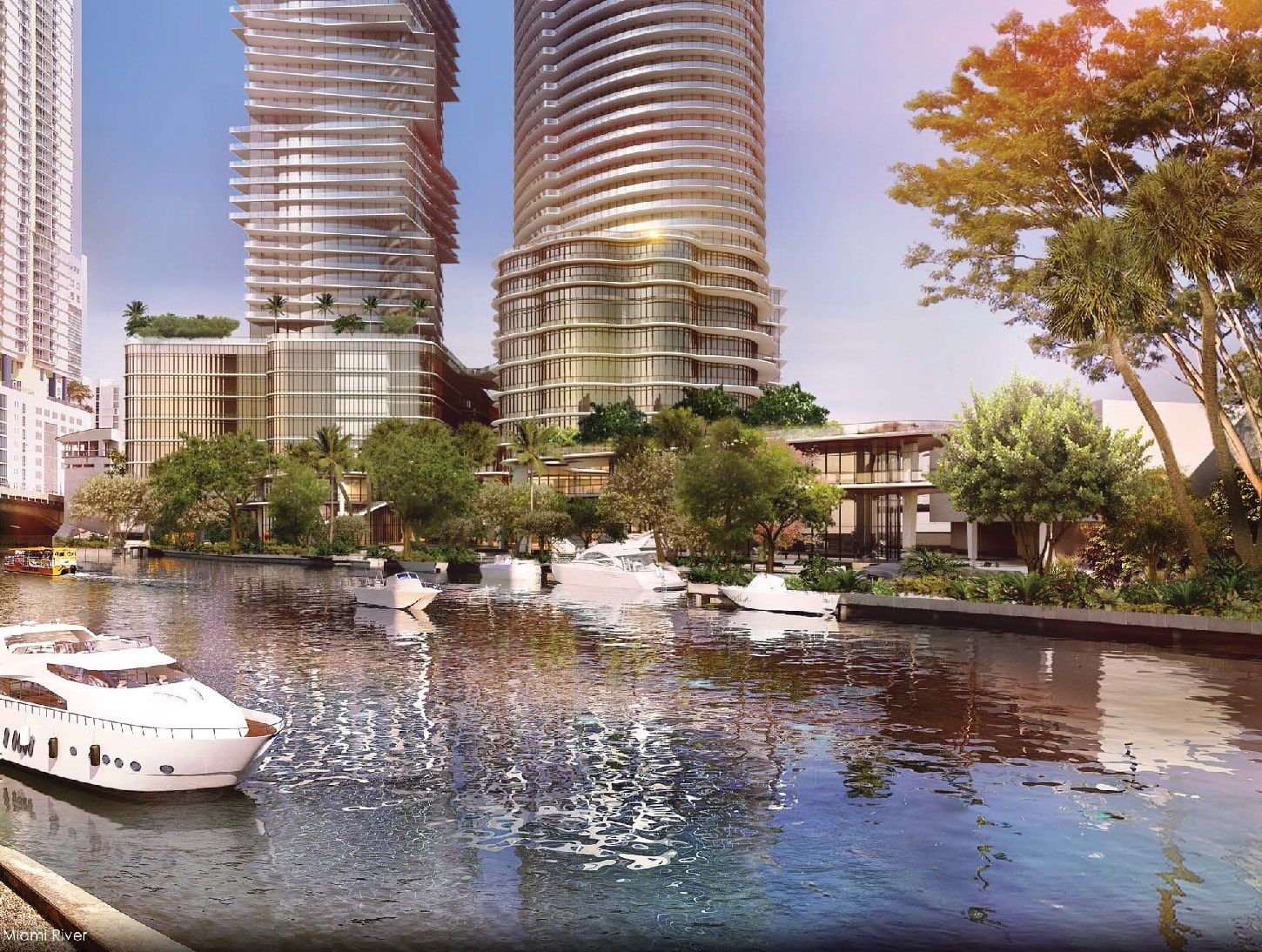