The Chinese government want to help fund and build a maglev train system in Miami, according to the Herald.

The system is being proposed for the North Corridor segment of Miami-Dade’s Smart Plan. The line would run north along Northwest 27th Avenue, connecting Metrorail to Hard Rock Stadium and possibly running into Broward County.

The maglev technology proposed by China runs at a speed that is closer to traditional heavy rail, unlike higher speed systems used in places such as Shanghai.

China says the system is significantly cheaper to build and maintain than heavy rail. Cost to build would be “half the price” if manufacturing in China is permitted, while the maglev system is also said to need less maintenance due to lower wear and tear. Building the cars in China would make the system ineligible for federal funding, however.

A delegation of Chinese officials visited County Hall and Miami-Dade Mayor Carlos Gimenez in April to discuss the proposal. Former Miami Mayor Maurice Ferre also registered as a lobbyist for the maglev system, while his son registered a company to pursue building the system.

Dade and Broward transportation officials and politicians are scheduled to visit China next month to see the systems.

The Chinese delegation visiting in April: 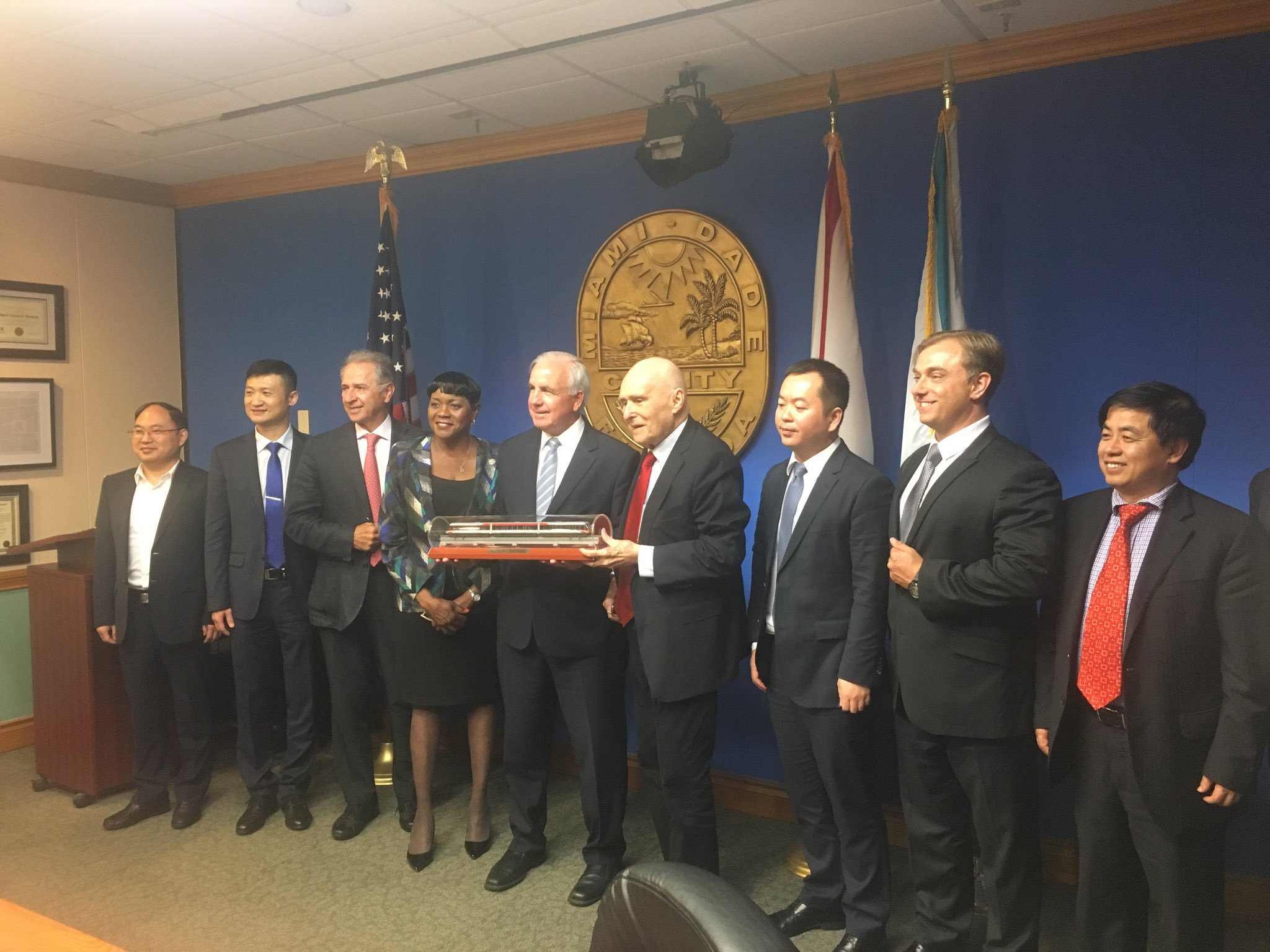 An inexpensive, slower speed maglev system built in Changsha, China that is similar to what is proposed for Miami: