The Netherlands-based hotel chain Citizen M has signed on to operate a hotel at the 1212 Lincoln Road project, according to documents recently submitted to the City of Miami Beach.

Crescent Heights, the developer, is requesting city approval to modify the project to include 168 hotel rooms, instead of the 100 previously approved. A variance will need to be approved by a city board to allow ultra-small rooms, sized at under 218 square feet, in order to accommodate the increased room count.

The developer is also requesting approval to operate two large LED billboards. They will display graphics inspired in part by murals on the existing bank building at the site. The developer says they won’t put commercial ads on the electronic billboards, and they will attempt to preserve the murals during removal and display them elsewhere.

Another change: previously, the developer had planned to demolish a structure at 1600 Alton Road, but they now say that existing leases make that impossible. Instead, they want to retain the building and reduce the project to two phases instead of three.

The revised plans are set for review on October 3 by the Design Review Board. 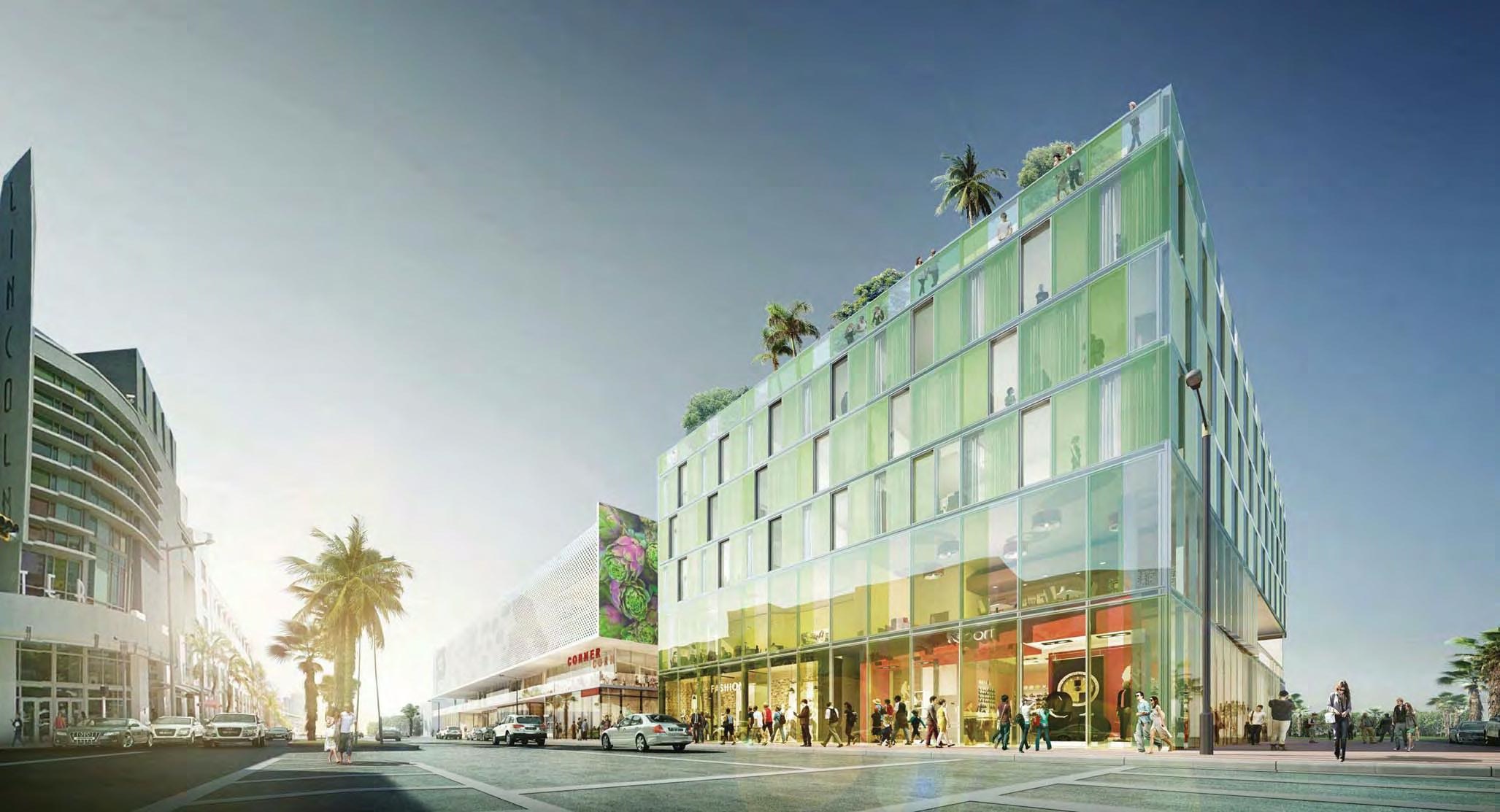