Commuter Rail From Downtown Miami To Aventura Getting $103M From FDOT

FDOT’s announcement came in a November 9 letter to the county, Brightline said.

On the same day, FDOT also informed Broward that it would provide $74.3 million towards its commuter rail project on the same tracks from Aventura to Fort Lauderdale. The two counties are working together on the service.

That brings the total FDOT commitment for the new train service to $177.8 million.

Brightline expects to execute definitive documents with Miami-Dade in the next several months to allow the service on its tracks.

The Northeast Corridor is expected to run 13.5 miles and cost $682 million, including track and right-of-way access fees.

The county is seeking 50% funding from the Federal Transit Administration, 25% from the state and 25% from local funds, according to the project website.

Station locations are being studied at:

The service is expected to run 5 AM to midnight, with 60 minute headways. During peak morning and afternoon weekday rush hour times, headways would be 30 minutes.

Engineer HNTB is now working on 30% level rail infrastructure and platform drawings, after the county issued a Notice to Proceed to the firm in August. 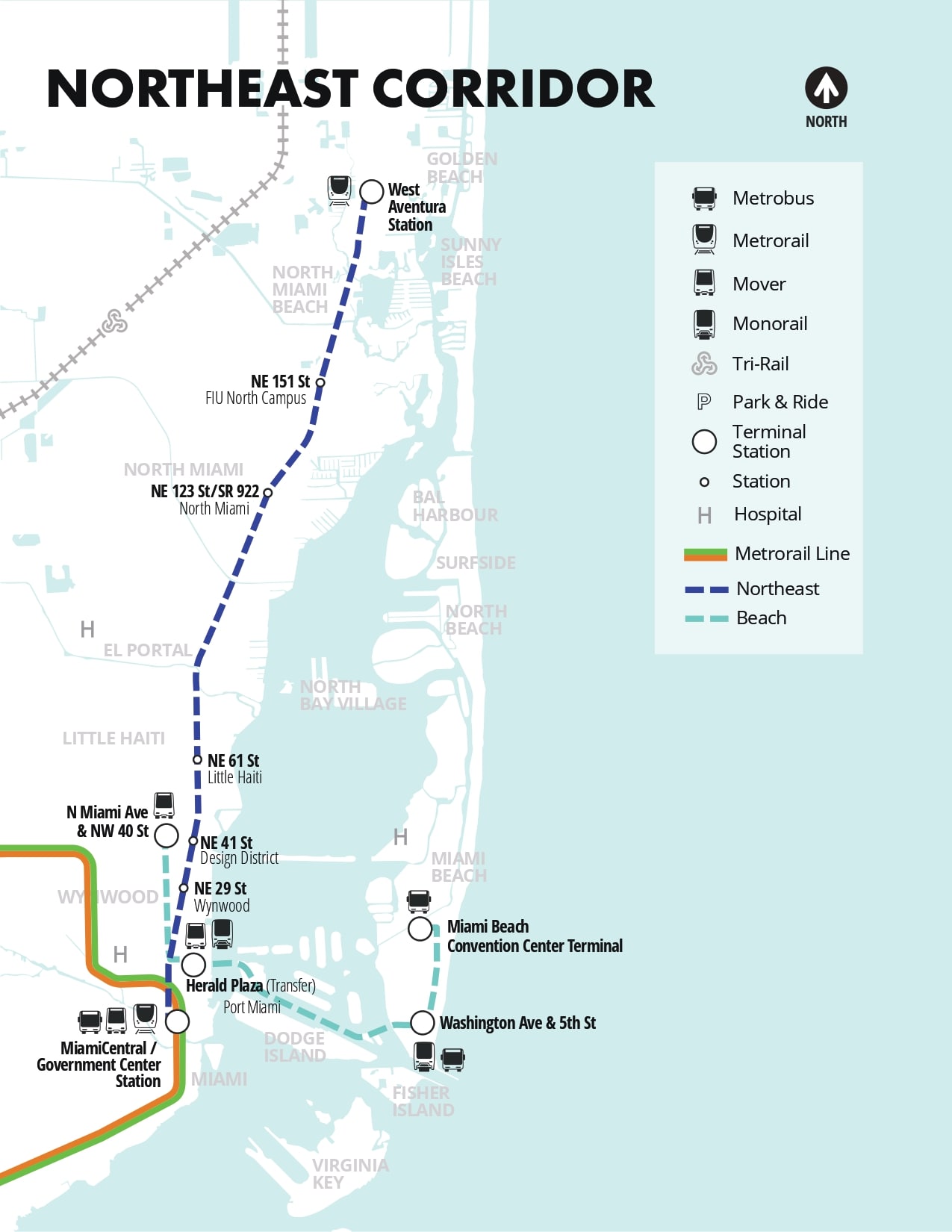