Companies From Outside The Area Are Now Looking To Lease 1.1 Million Square Feet Of Office Space In Miami

Danet Linares, vice chairman of Blanca Commercial Real Estate, told the WSJ that companies from outside the Miami-Dade area now looking to lease a total of 1.1 million square feet of office space in the county.

That is more than at any other time in Miami’s history, she said.

According to Linares, more than half of the new companies planning to move to Miami are financial services firms.

Another third of the companies are technology, advertising, media and information sector.

Just how much is 1.1 million square feet?

One Brickell City Centre, a 1,049-foot tall supertower planned by Swire Properties, is likely to include even less than that since some space will be built as residential and hotel, although plans haven’t been finalized.

Swire recently sold the only two office buildings at the complex with a combined 260,000 square feet at 100% occupancy, and the developer’s CEO has said he regretted not building more office. Proceeds from the sale will be recycled to support future growth, the company told investors in August 2020.

The biggest office building currently under construction in Miami is 830 Brickell, with 613,000 square feet of office. 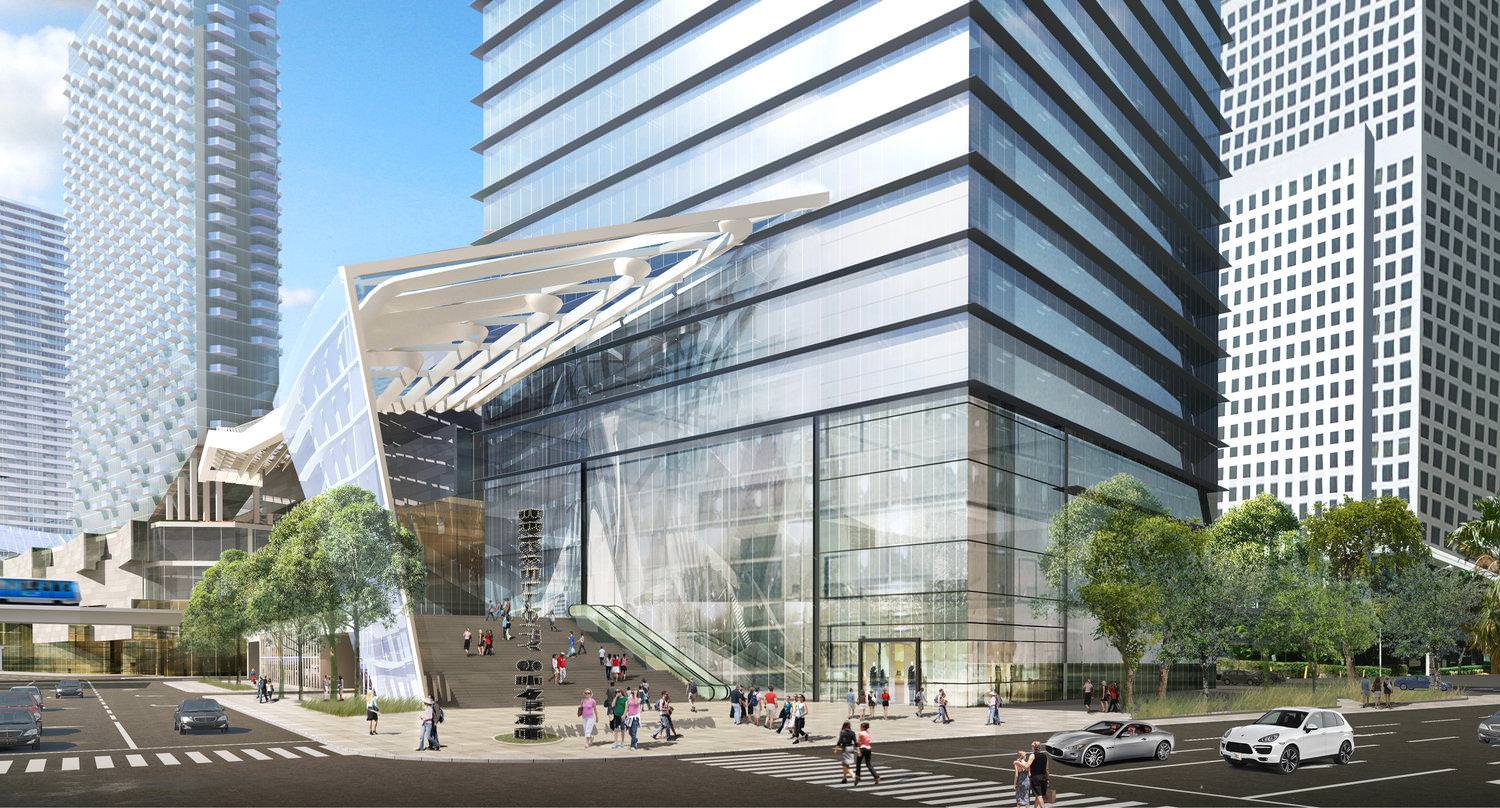