The first residents will soon be moving in to Brickell City Centre.

Swire Properties announced today that closings at Reach, the first of two condo towers at the project, will begin in March.

Reach is now over 85 percent sold.

Other components of the first phase are opening soon. Both the shopping mall and the East Hotel will open sometime in 2016, and an office tower opened last month.

On 1 March, Miami city leaders, together with representatives from Akerman LLP and Swire Properties Inc, gathered for a ribbon-cutting ceremony at Three Brickell City Centre to celebrate the launch of the office tower in downtown Miami.

Akerman LLP is the largest law firm in Florida and features in the top 100 US law firms. It is the biggest lead office tenant committed to the project, taking up 110,500 sq ft, or 80 percent, of the tower’s Grade-A office space. Akerman LLP’s office introduces a new concept to the Miami legal market by incorporating intentional design elements, including a conference centre which accommodates up to 300 people, a café, common areas and war rooms. Akerman’s name will be displayed on the building’s rooftop.

“The changing law business has an insatiable need for new ideas. There is real value in having our law firm surrounded by the Climate Ribbon, one of the most stunning and innovative pieces of environmental architecture in North America which is the signature element of Brickell City Centre. It reminds us what is possible when you dare to design new solutions to old problems,” said Andrew Smulian, Akerman Chairman and CEO.

Designed by award-winning architectural firm Arquitectonica, the 12-storey all-glass tower is the only office building in the Brickell area with a Metromover attached to its structure. It is also LEED gold pre-certified. The second office tower, Two Brickell City Centre, is expected to open later this year.

“As the most anticipated project in Brickell for years, the opening of our first office tower within our Brickell City Centre complex marks the beginning of an exciting new transformation for the city,” said Stephen Owens, President of Swire Properties Inc. “We believe our two office towers will set new standards for Miami’s office space and further Brickell’s growth as a leading business hub.”

In addition to the two office buildings and condominium towers, phase one of Brickell City Centre also comprises the first EAST hotel outside of Asia by Swire Hotels and a three-storey, 500,000 sq ft premium shopping complex anchored by Saks Fifth Avenue, all of which are set to debut this year. 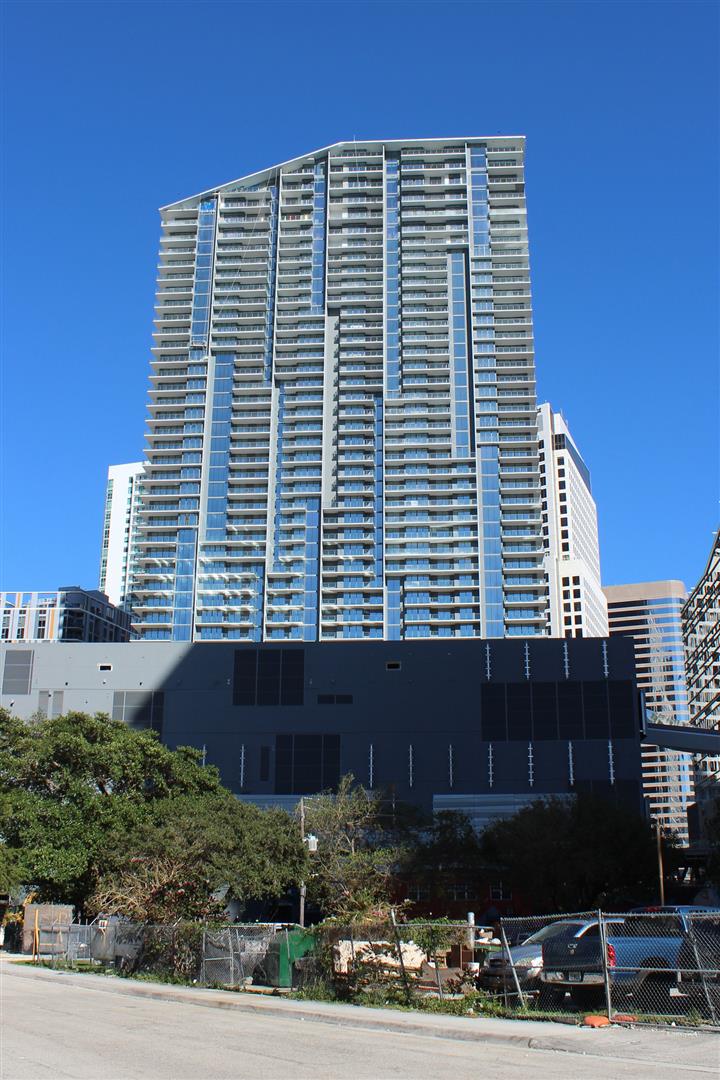 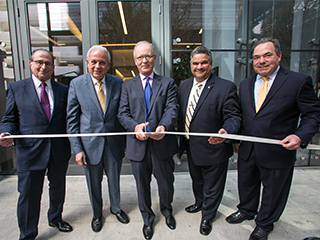