A major expansion of the Seminole Hard Rock hotel and casino in Hollywood appears about to begin.

The tribe filed last week for FAA permission to install a 550-foot tall crane, with work to begin on March 1.

Last year, the tribe announced plan for a new 36-story story hotel at the Hard Rock Hollywood casino complex. The new hotel will include 800 beds, bringing the total at the campus to 1,273.

Also included in the expansion will be new restaurants, cafes, bars and a nightclub.

Klai Juba Wald Architects of Las Vegas designed the original Hard Rock hotel building in Hollywood, and is listed on renderings for the new building. 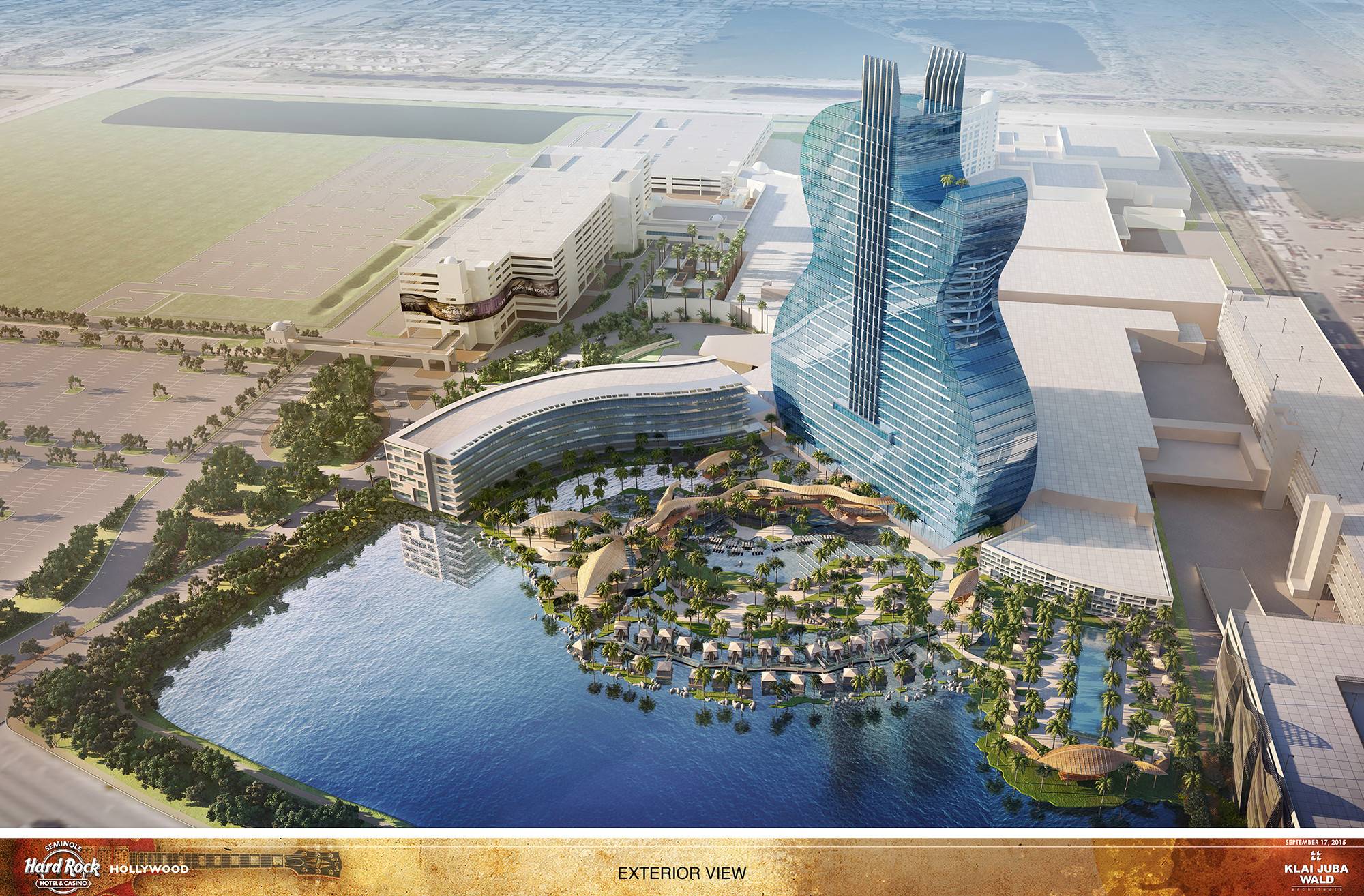