Construction is underway on a three-building, 190-unit project at 601 NE 39th Street near the Design District.

Developer Miami Bay Trust, LLC is building two five-story buildings and one three-story building on the property, which is directly on Biscayne Bay. A 130-unit apartment building was razed earlier this year.

As part of the project, Miami Today reported in October that the developer will make $2.5 million in upgrades to the neighboring 3-acre Magnolia Park. Enhancements will include a baywalk and Kayak Launch. The developer is being permitted to use the park as a staging area during construction.

Joseph Milton, who built the Pinnacle and St. Tropez condo project in Sunny Isles, is the developer. 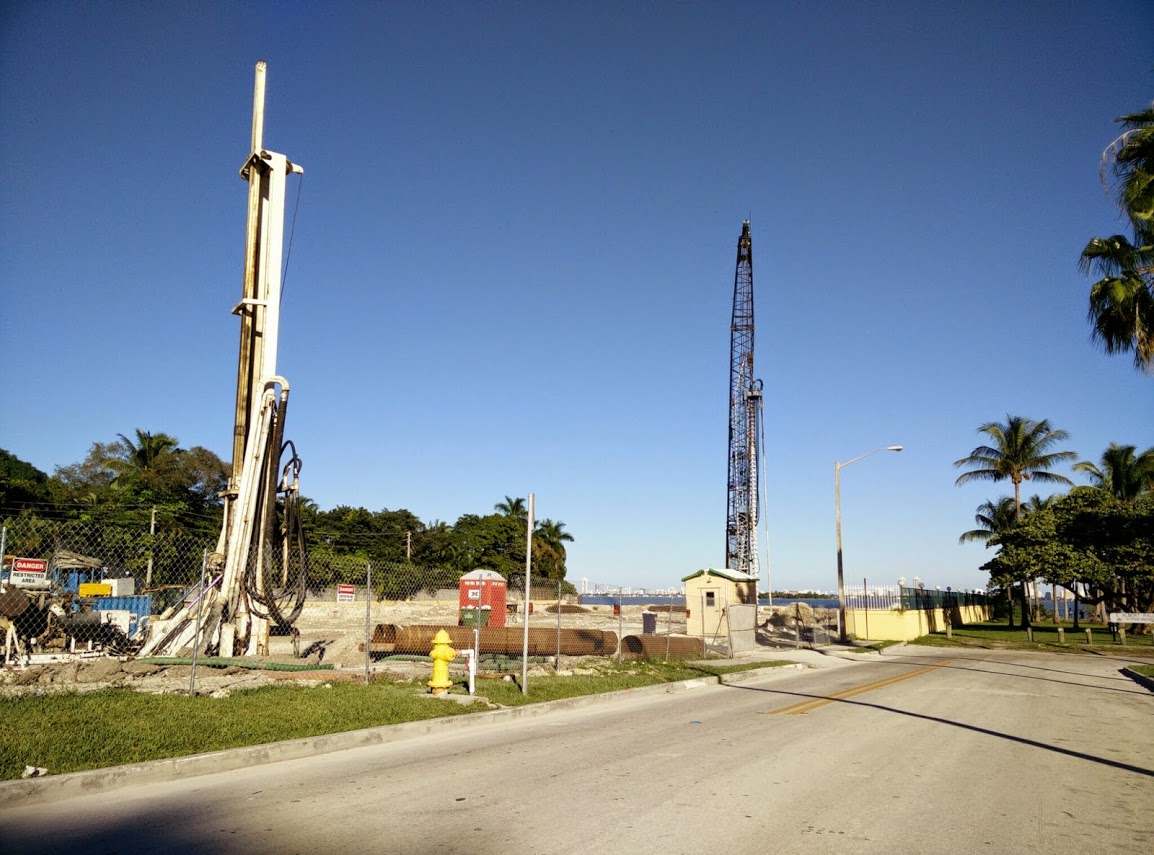