Construction will soon begin on the new 51-story Natiivo tower planned in downtown Miami – and tenants have been announced for the restaurant space.

Groundbreaking is scheduled for Q1 2021.

Bodega Taqueria and Dolce Mercato – both spin offs of the South Beach restaurants with the same name, will both be on the ground floor of the tower when it opens.

City records show that the developer was actively moving through the process of obtaining a construction permit as of last week, the final step before groundbreaking.

Developer Sixth Street Miami Partners LLC, (an entity of the Galbut Family Office) applied for the permit in July and submitted the plans in August.

Natiivo will include 604 lodging units in a 51-story tower with 932,859 square feet of space, the permit states.

Construction cost is estimated at $164 million. A contractor is not yet listed on the permit.

The developer announced that over 64% of the building has now been sold, including 12 sales in October alone. Natiivo will feature 448 condominium residences, 140 condominium hotel residences and a 100 unit hotel.

The developer has also issued a release clarifying the roles of those involved in the Natiivo project.

Keith Menin and Marisa Galbut of the Galbut Family Office are the sole developers for Natiivo Miami.

Here’s how Natiivo describes the new restaurants, in a press release issued today:

Dolce Mercato at Natiivo Miami will be curated by culinary dynamic duo John Meadow of LDV Hospitality, who is also creating the culinary experience at Natiivo Social, and developer/hospitality entrepreneur Keith Menin. Capturing the timeless spirit of Fellini’s 1960’s Rome, Dolce is known to bring ‘la dolce vita’ to life with its effortless charm and approachable sophistication. The original Dolce restaurant at the Gale South Beach opened in 2013 and has since been named “Best New Restaurant in America” by Bravo TV’s national restaurant competition for offering the best authentic Italian food in Miami.

The restaurant will span over 7,100 square feet on the west side of the ground floor and include an indoor dining restaurant, outdoor garden, cafe area, a communal market area, a gourmet market on the go with coffee and dessert options and a bar. As the third location from the brand, Dolce Mercato will boast a vibrant indoor-outdoor atmosphere with an array of food offerings, combining the feel of a sophisticated food hall with the charm and service of a sit-down restaurant.

Dolce Mercato will feature its well-known authentic Italian cuisine, in addition to a healthy Mediterranean palate and an exhibition of various food stations, ranging from homemade pasta and wood fired pizza to an expansive grill area with an array of fresh, local catches, dry aged meats, vegetables and more. The gourmet market on the go will be located off the side of the building and feature Corso coffee, in-house made gelato, freshly made paninis and salads, imported meats and cheeses and other delicacies to take on your way out. The bar will offer aperitivo (happy hour) with a spritz menu and cicchetti (small plates), as well as a selection of over three dozen regional Italian wines for guests to enjoy by the glass. Pre-order and delivery will be available.

Bodega Taqueria at Natiivo Miami, is the new spin-off concept of Bodega Taqueria y Tequila, South Florida’s iconic spot known for its authentic Mexican street food and late-night speakeasy with locations in South Beach and Fort Lauderdale. Bodega Taqueria will mirror the award-winning fast-casual food portion that makes up Bodega Taqueria y Tequila and will offer tacos, burritos, and other customer favorites. The restaurant will have an expansive outdoor patio and airstream located on the east side of the ground floor at Natiivo Miami. Founded by Keith Menin and Jared Galbut of Menin Hospitality, the menu is developed by Chef Bernie Matz, the culinary director for Bodega, and is set to be another local favorite. 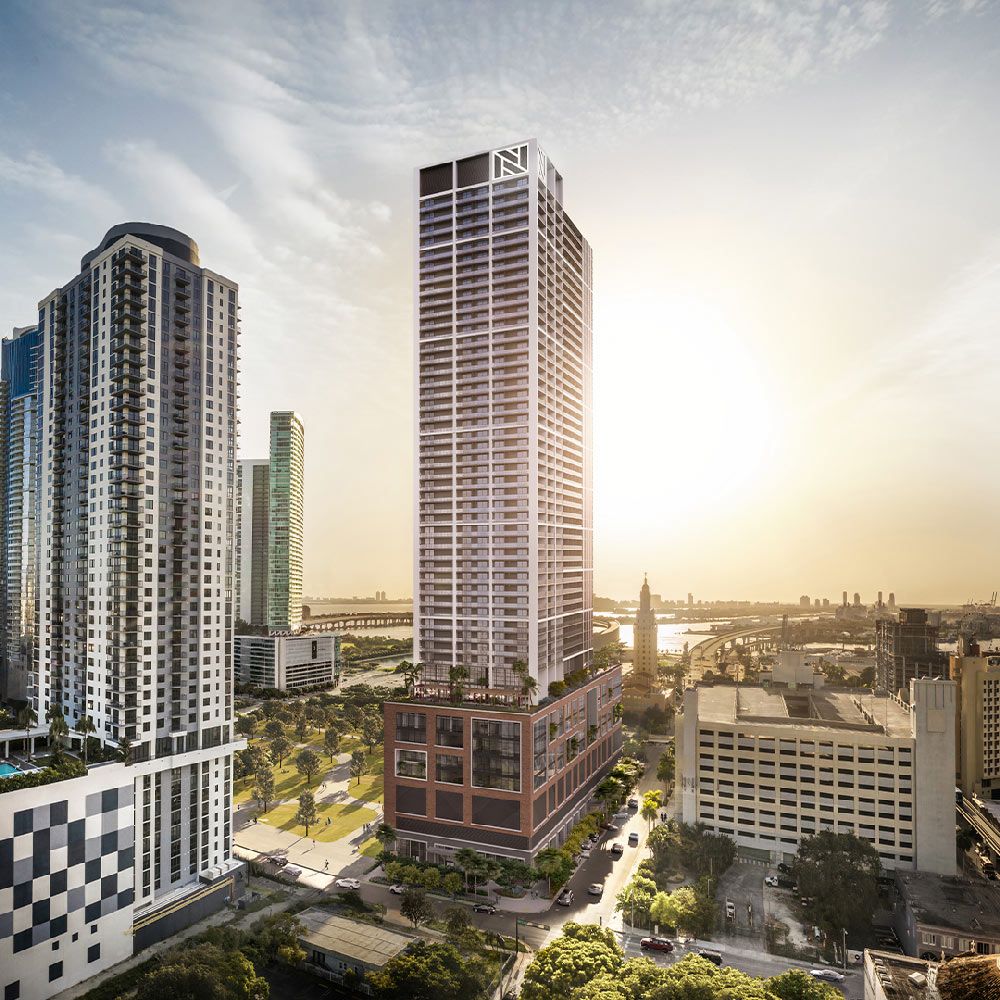