Construction is back to normal at the 552-unit Brickell Flatiron, where there was no damage to the the site or the crane, according to a spokesperson for the developer. Contractors only missed about four or five days of work, and the project remains on schedule for completion in June 2019.

Flatiron’s cranes were properly secured, with even the signage remaining intact. One has already been certified to be in excellent condition, with the second expected to be certified by later today.

Miami Worldcenter has also returned to regular construction today and experienced no damage, a spokesperson said.

No windows broke at Melo Group’s under-construction Aria condo tower, which has a facade that is nearly all glass. Construction on the 648-unit tower has also resumed, the developer told The Real Deal.

Construction at Melo’s 710-unit Square Station remains halted due to a lack of power. Nine of Melo’s existing rental towers in the downtown area are also without electricity.

At the 513-unit Canvas, the developer is hoping to resume construction by the end of the week. 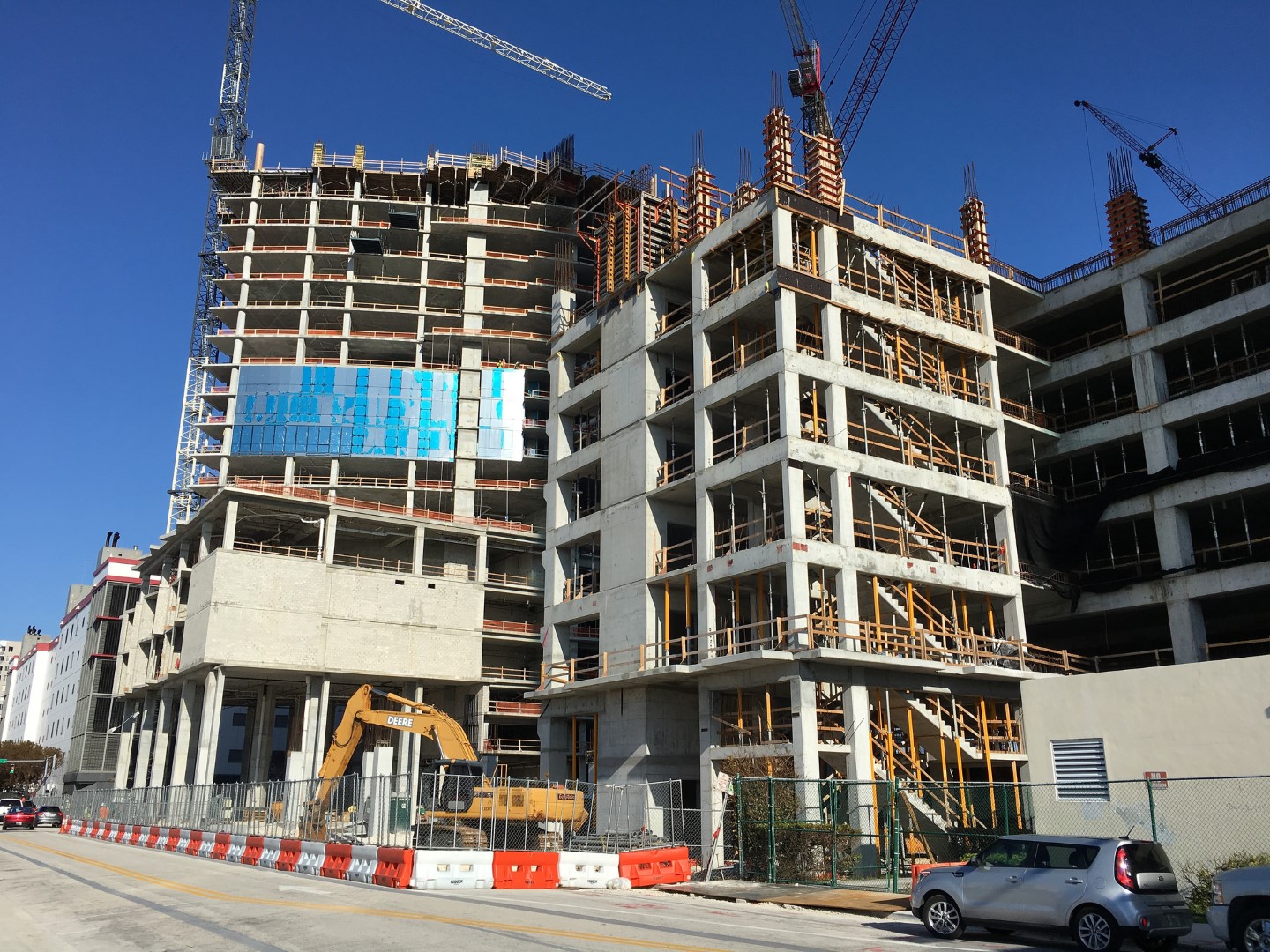 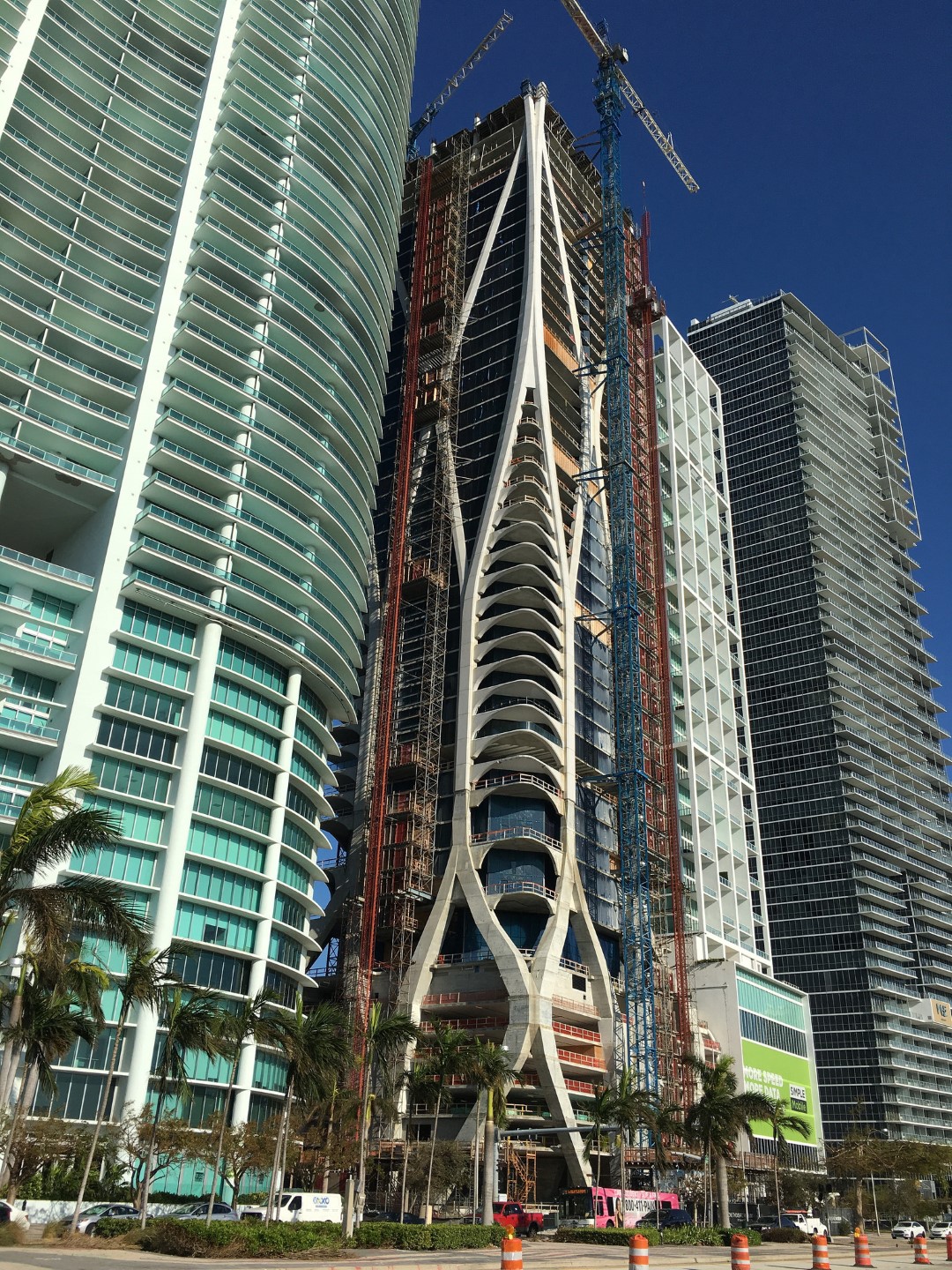 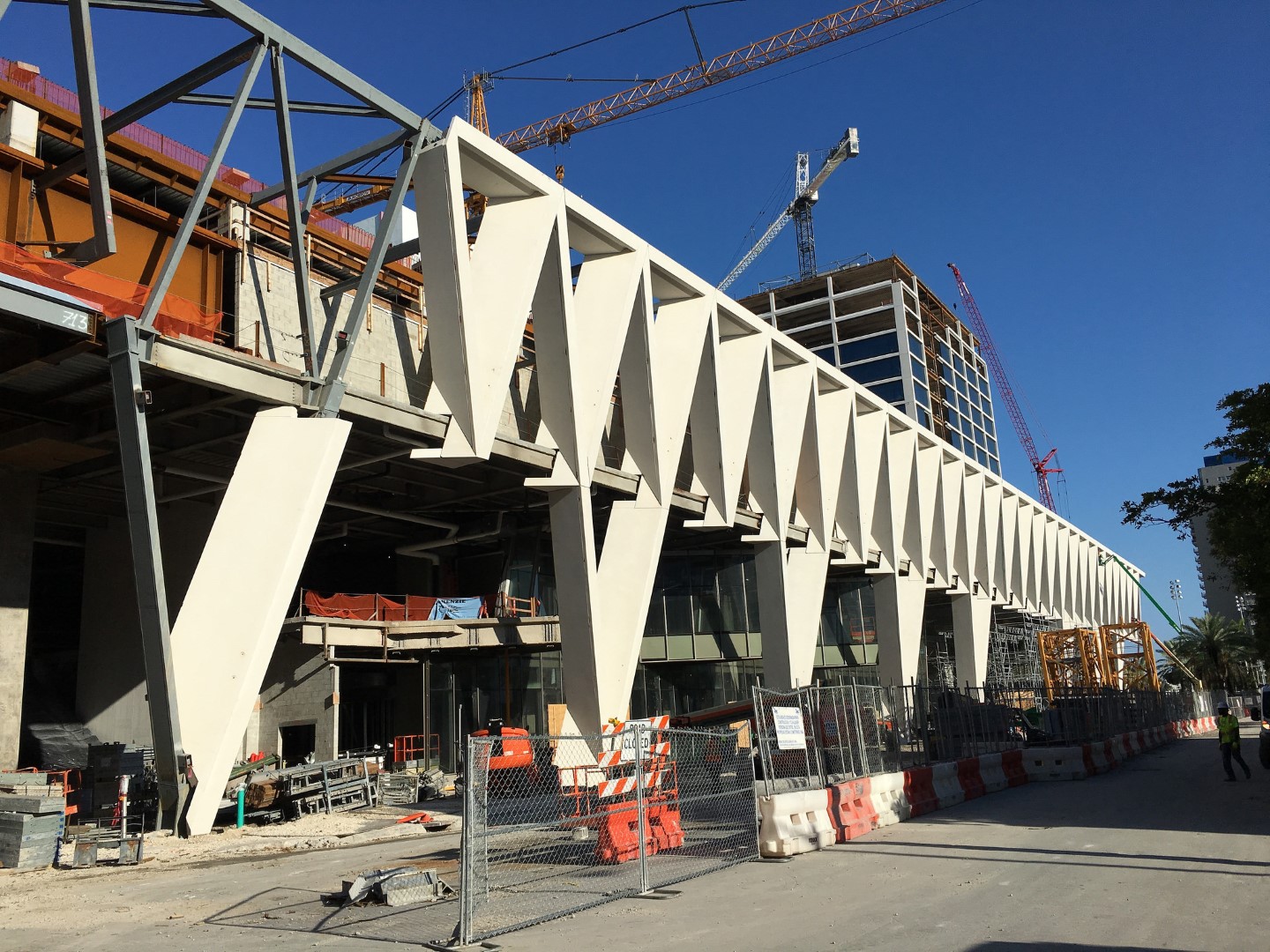 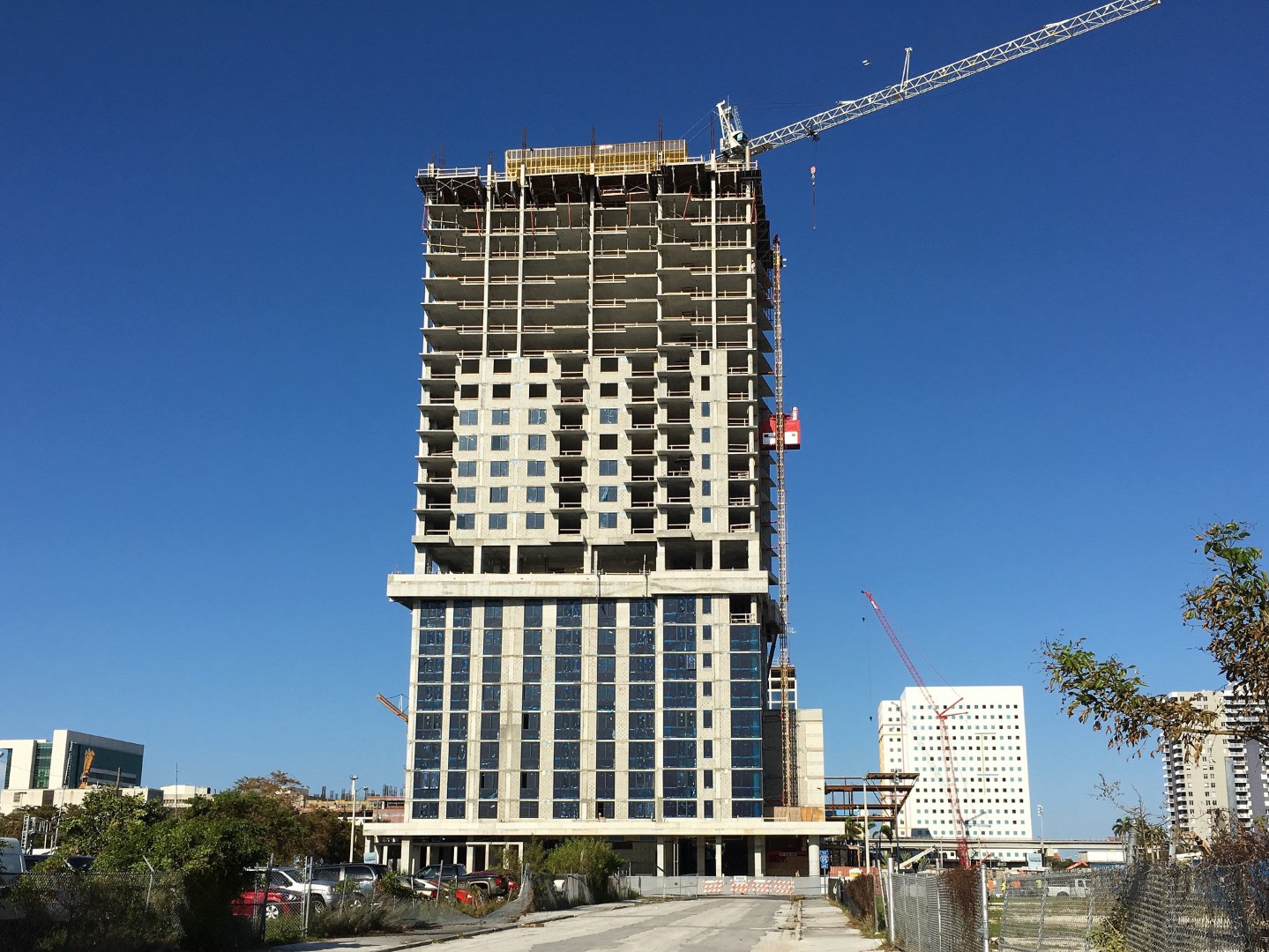 Vice, which lost a crane: 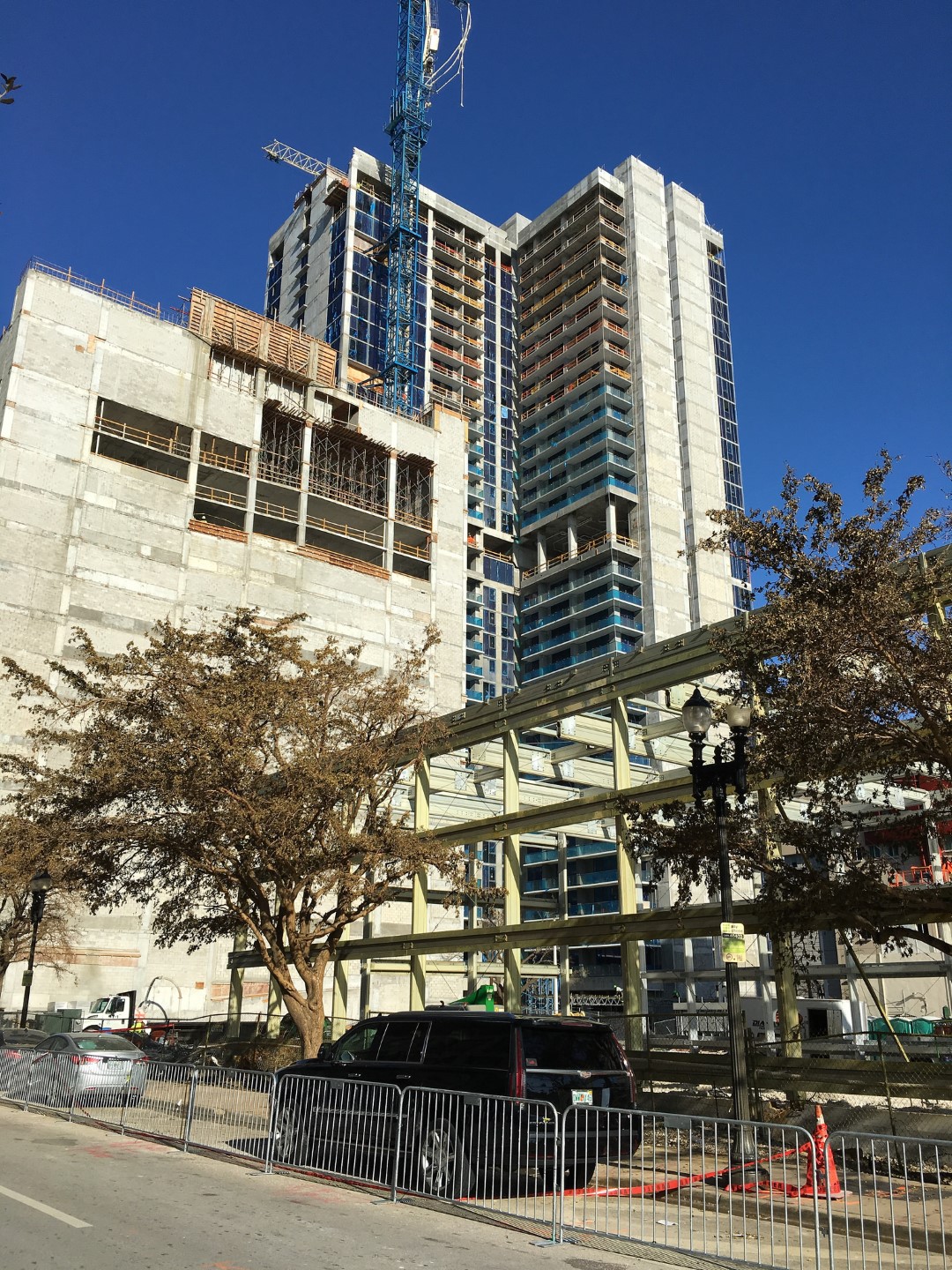 (all above photos: phillip pessar)