Construction is now underway on a sales office for the 300 Biscayne condo building, a source at developer PMG told The Next Miami.

The condo building set to become Miami’s tallest tower ever built, rising 88 stories, or 1,041 feet above ground. It will even be taller than the 93-story Empire World Towers once proposed for the same site

Previously, the developer has said that there will be about 500 luxury condos, with the building itself being designed by a starchitect. It will also be the first ever development entirely overseen by Deepak Chopra

The developer has said that 300 Biscayne’s 20,000 square-foot high-tech sales center will be an “unforgettable experience.”

this structure is the start of a sales center, according to a developer source: 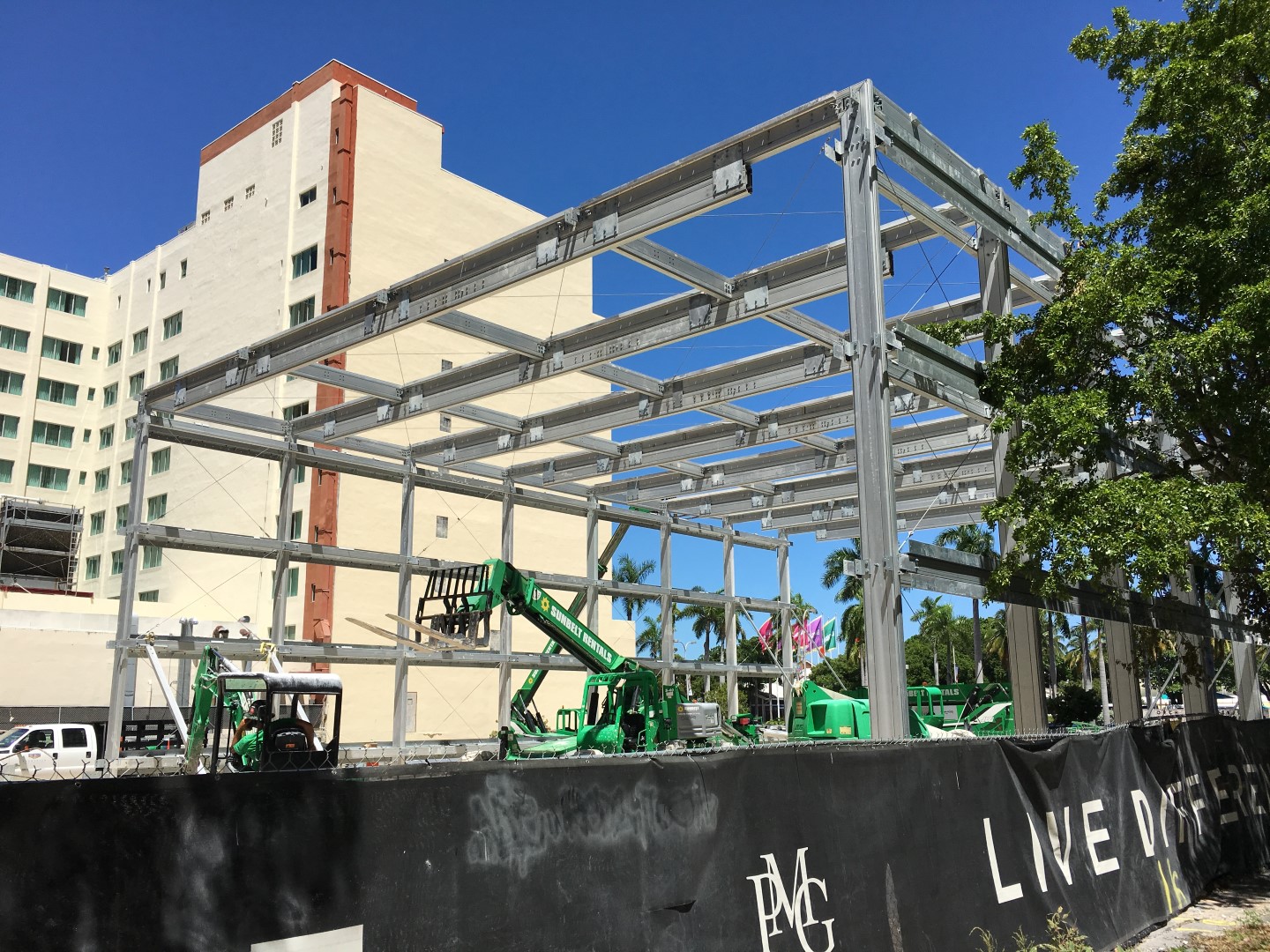