Dade County Gets Its First ‘Scramble Crosswalk’ In Downtown Miami

Miami-Dade’s Transportation & Public Works announced the newly reconfigured crosswalk in a social media post, claiming it was the first such crosswalk in the county.

A diagonal crosswalk is also sometimes referred to as a scramble crosswalk, and allows pedestrians to cross an intersection in any direction.

One user pointed out that it wasn’t the first such intersection in Miami, and uploaded a picture of what appeared to be a scramble crosswalk on Flagler Street in the 1960s.

Others predicted that the new intersection wouldn’t end well. 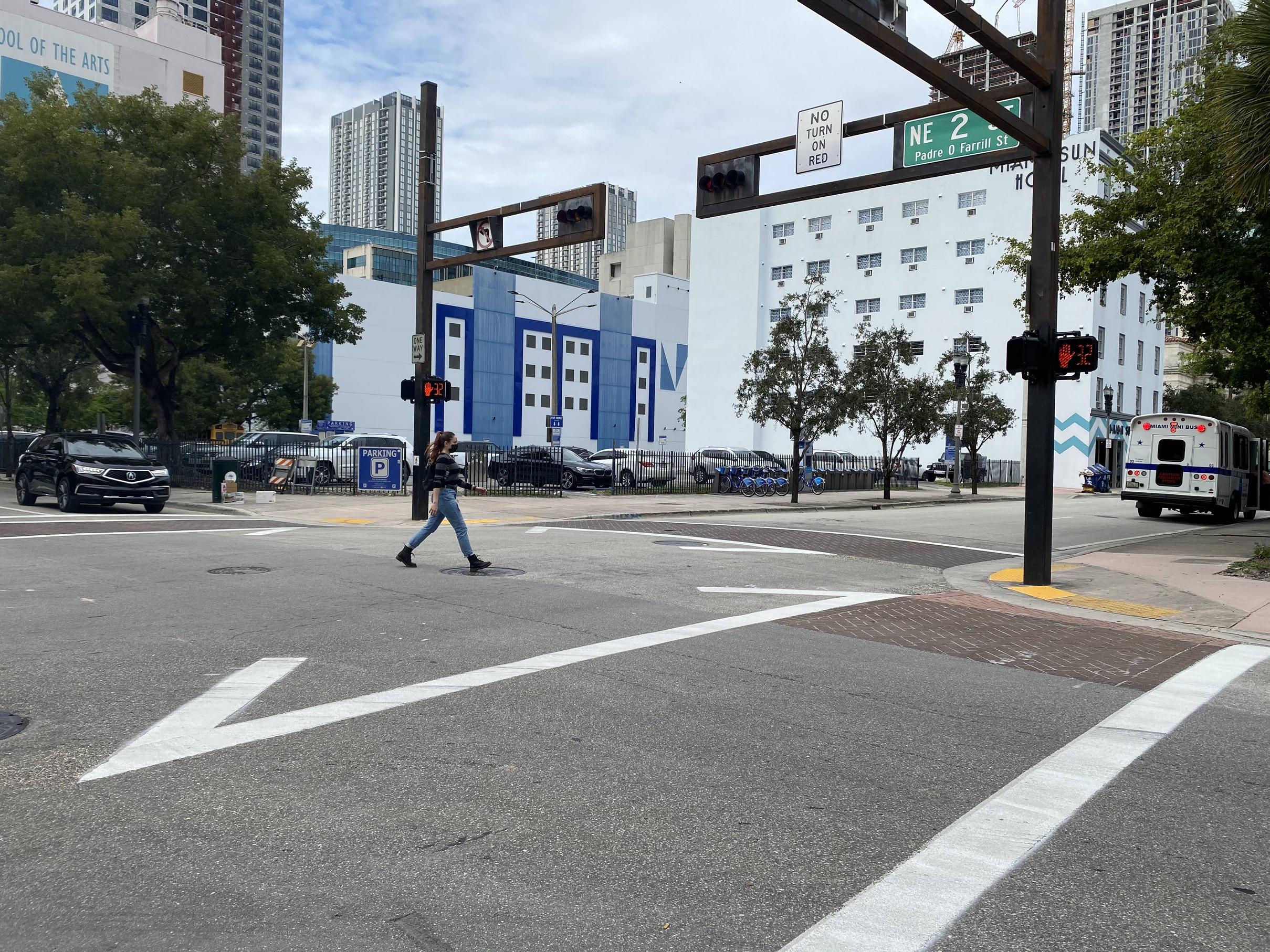 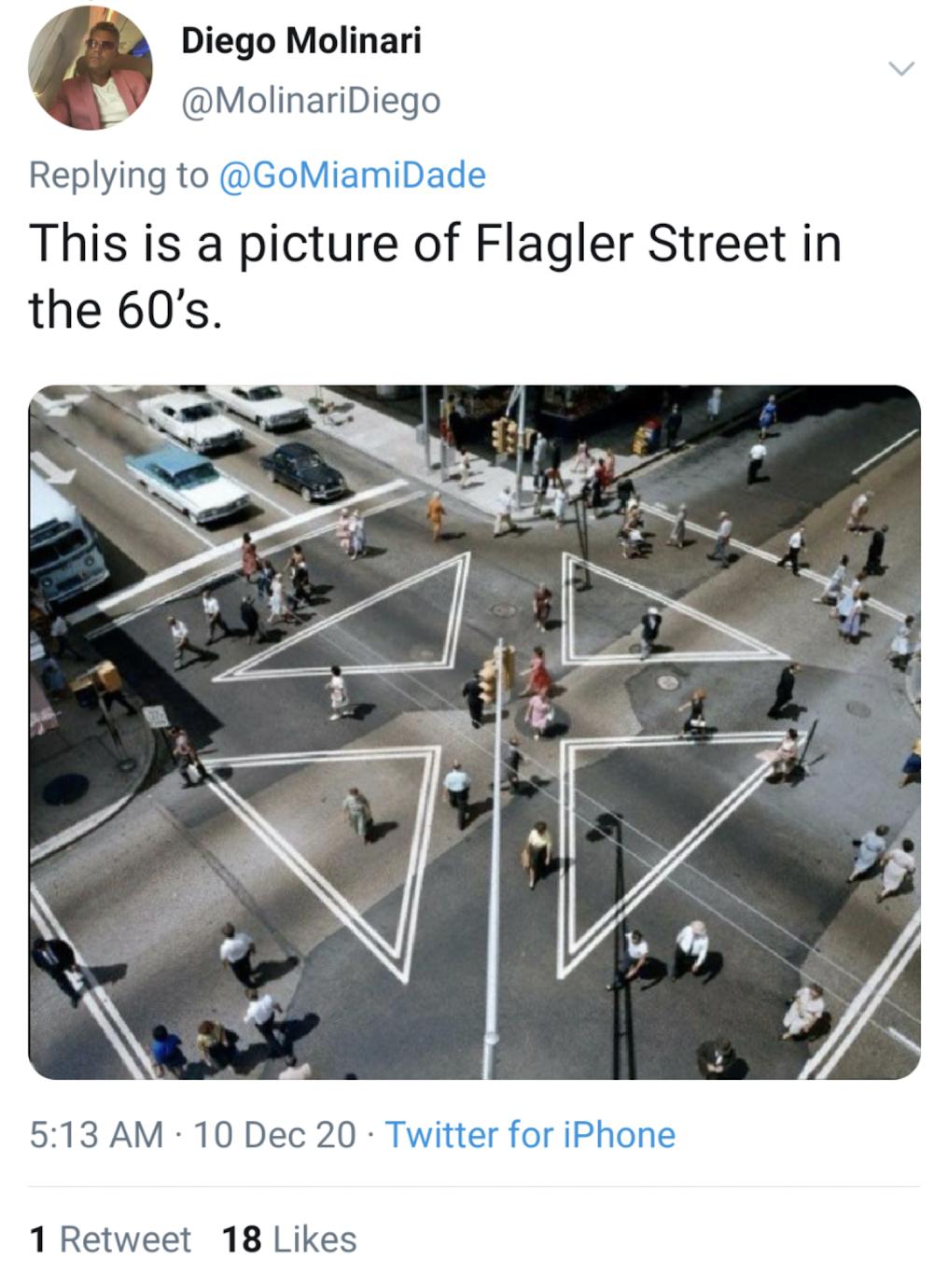 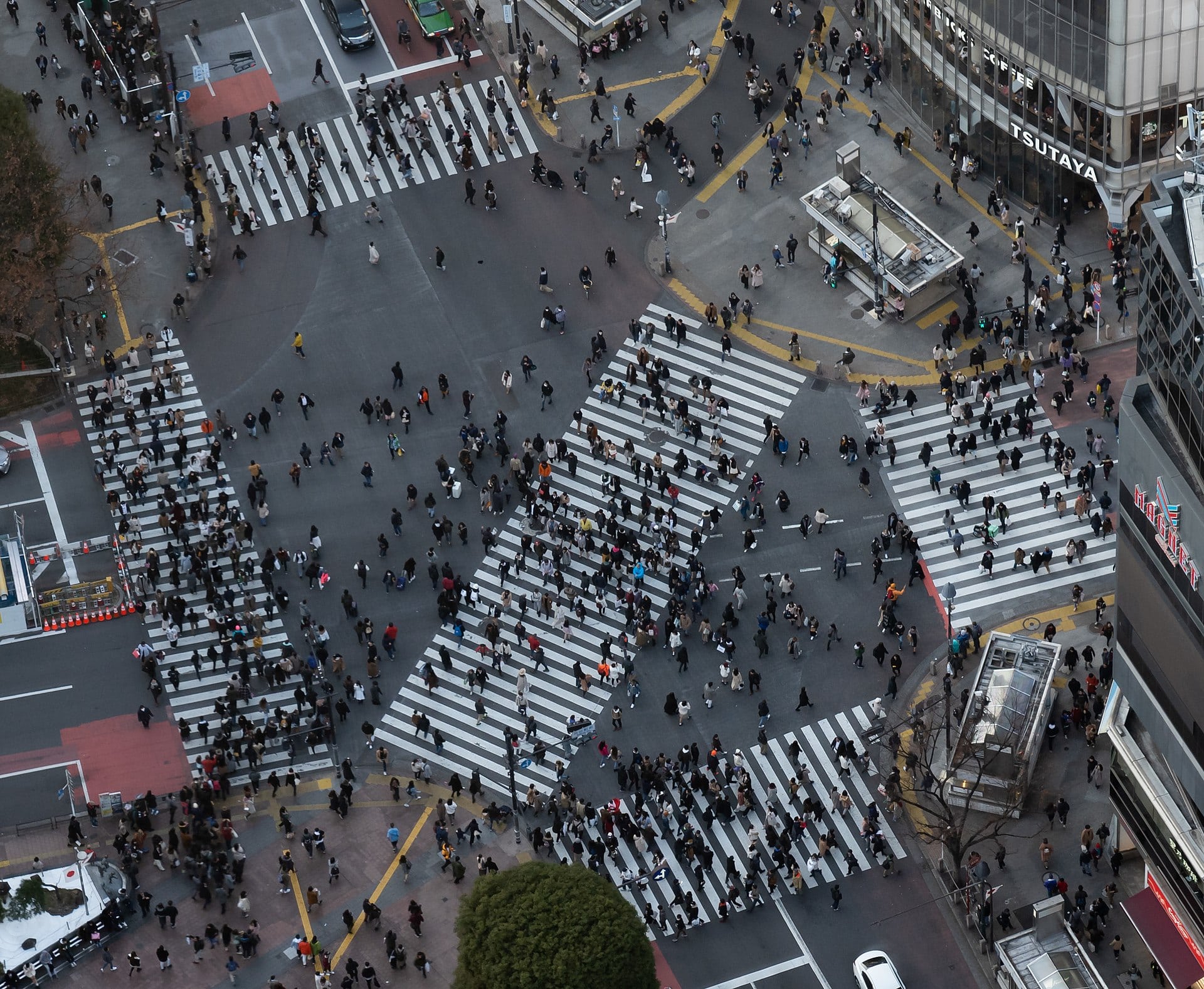