Plans for the Beach Link corridor have been updated by the county.

According to Miami Today, county officials told a committee last week that the Beach Link corridor could have at least 10 stops. Possibilities include:

On the Miami side, there would be seven other stops that have not yet been determined, with the line running up to Wynwood.

An extension of the Metromover system is the top option being considered, with the advantage of leveraging the existing system and being separated from traffic (Miami Beach residents have previously voiced opposition to an elevated rail line).

Just one county-owned parcel is listed along the Beach Corridor route – American Airlines Arena. The property is leased by the Heat. 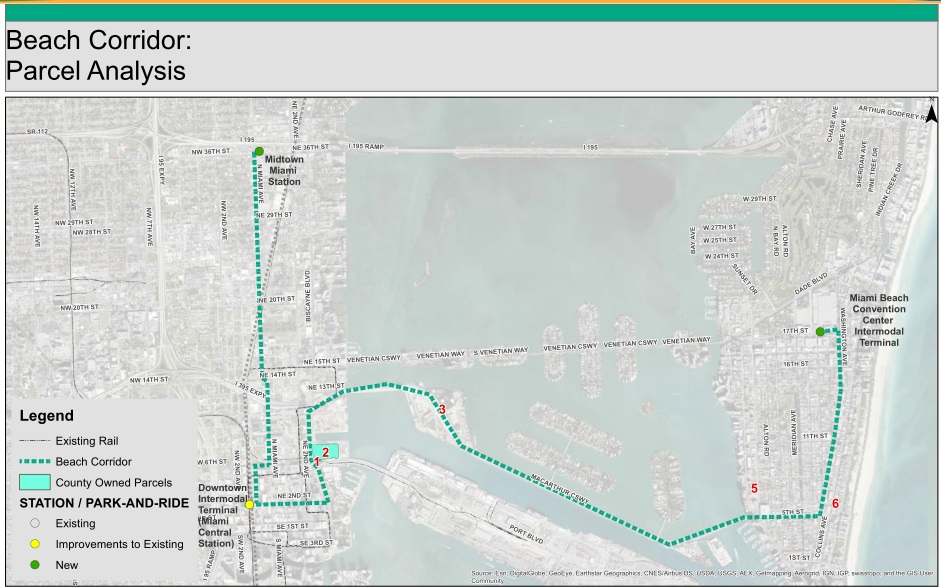