The $800 million Signature Bridge remains tied up in courts.

On Monday, a Dade judge denied a motion by FDOT to dismiss a lawsuit brought by former Miami commissioner Marc Sarnoff. FDOT had argued that the venue was improper as a separate case was under review by Florida’s Division of Administrative Hearings.

Meanwhile, the battle in the separate state case continues, with hearings by the Division of Administrative Hearings scheduled for November and December. 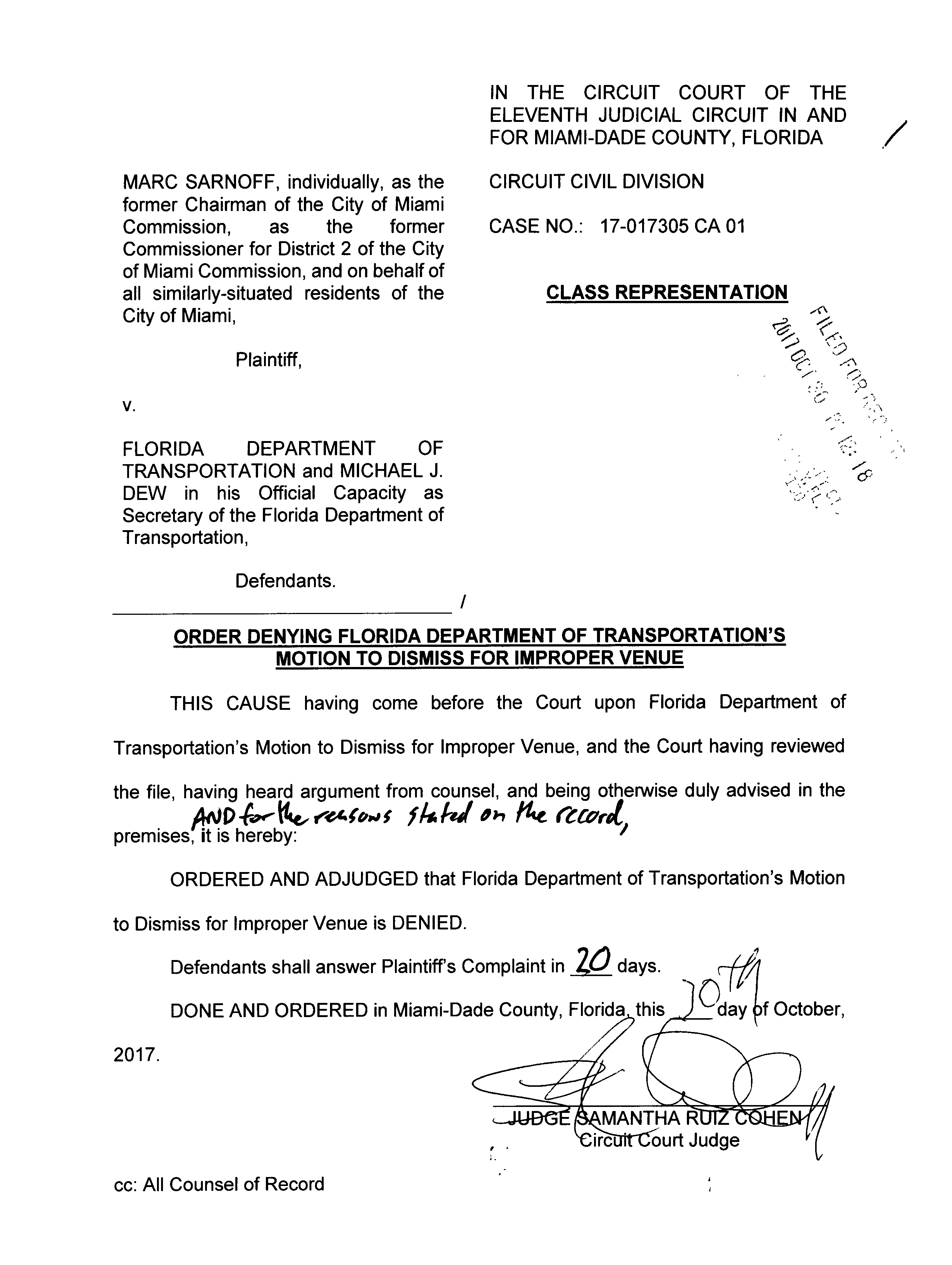