Developer Crescent Heights has released a new rendering on their website of the 3050 Biscayne project in Edgewater that is currently in the planning stage.

Two towers are shown in the new rendering, with an existing office building to remain at the center.

Renderings show what appears to be a residential tower on the north side of the existing office building. According to platting documents filed in February, there will be 354 residential units there, along with 8,340 square feet of retail.

Crescent Heights has had their headquarters located nearby at 2200 Biscayne in Edgewater, long before the neighborhood’s current development boom.

Managing principal Russell Galbut said in February that the company wants to move forward with developing 3050 Biscayne as soon as possible. 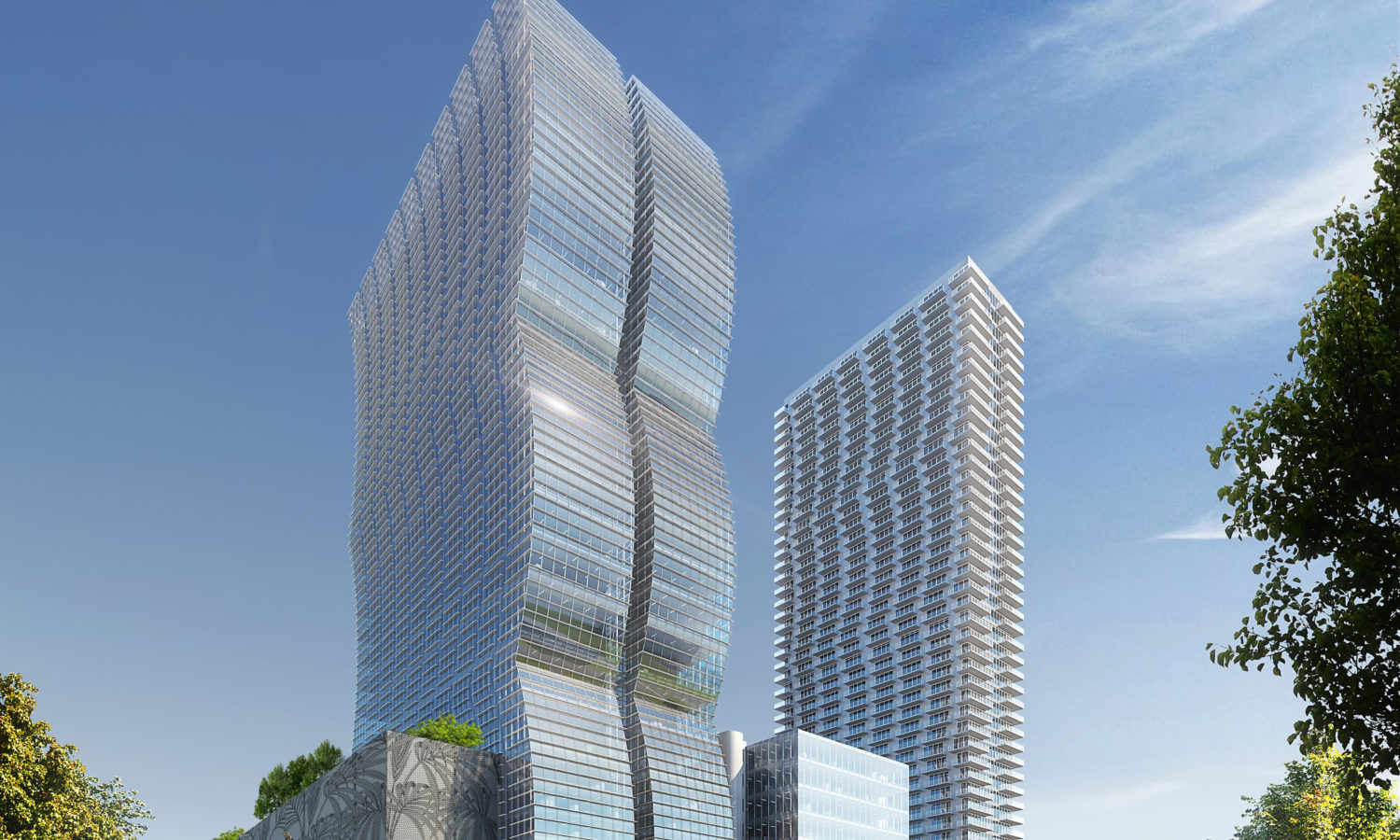