The potential study is now on track for a full vote by the TPO’s board, according to Miami Herald reporter Doug Hanks.

According to the resolution voted on yesterday, new tunneling techniques may be able to provide cheaper alternatives for Miami Dade’s SMART Plan.

The advances in tunneling include new “recent and emerging technologies” that should be studied, according to the resolution.

In addition to lower costs, the advancements may also allow for faster completion. The Boring Company’s Las Vegas Loop is specifically mentioned in the resolution as a project that was completed quickly and should be studied.

The Brickell tunnel could also get a jump start from the new tunnel tech. The new study would update the 2017 Miami River Tunnel Feasibility Study, the resolution says.

If approved by the board, the TPO Executive Director would be directed to prepare a scope of services and budget to evaluate advancements in tunneling technology.

Miami Mayor Francis Suarez, who is also a TPO board member, sponsored the resolution.

A vote by the full board is scheduled for June 17. 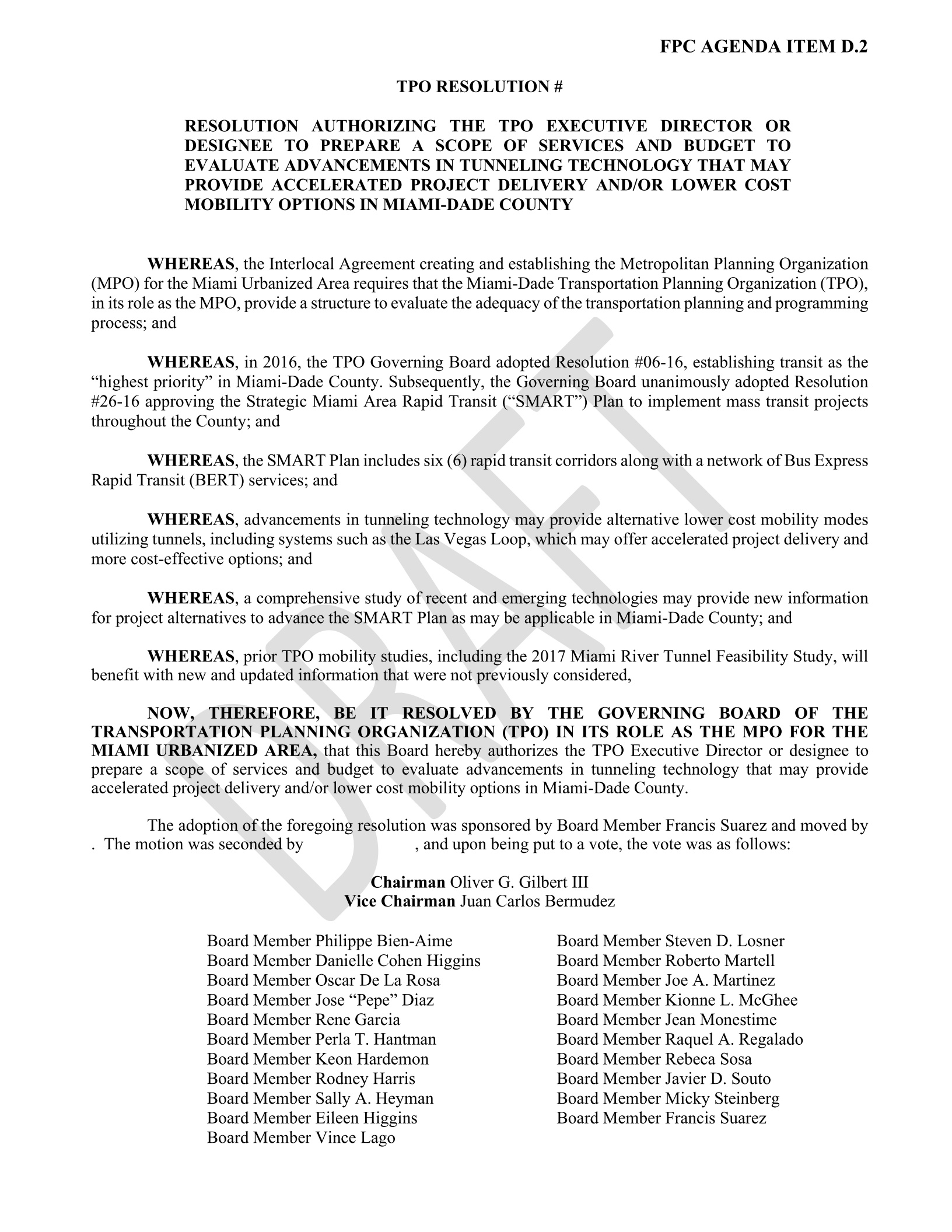