Miami-Dade may sell off the rights to toll the Rickenbacker Causeway, in exchange for building bike lanes and repairing a bridge, according to the Herald.

United Bridge Partners of Denver is said to be preparing an unsolicited proposal. The company wants the tolling rights for the next several decades, and could double the tolls on the causeway. In exchange, United would spend over $300 million on the project.

Architect (and cycling enthusiast) Bernard Zyscovich has been advocating for the bike lanes, known as Plan Z. United Bridge Partners is listed as a donor to his campaign.

The bike lanes are expected to cost at least $100 million, and have been criticized for narrowing car lanes. Critics also say that the existing bike lanes on the causeway are already among the safest countywide, and that motorists would end up footing the bill for a small minority of cyclists.

As part of the plan, Bear Cut bridge would also be rebuilt. The county spent $31 million repairing it in 2014. 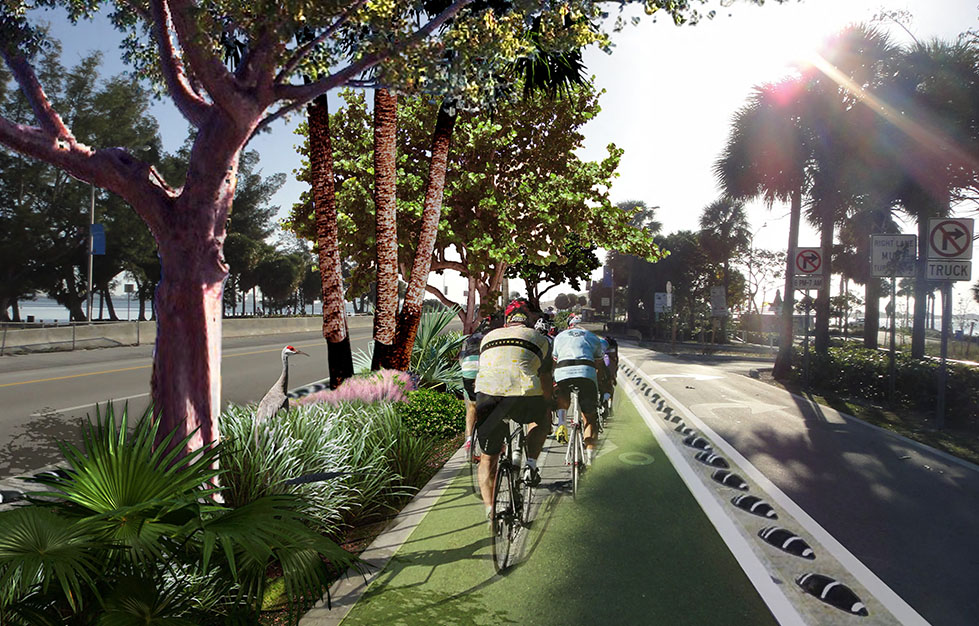