A blighted building in the middle of downtown Miami is now being demolished.

According to photographer Phillip Pessar, the property was a former Greyhound bus station. It was built in 1954.

In recent years, the building has been a fenced off and kept as a vacant shell.

Records show a building violation was issued in September 2017 for buildings or structures that are unsafe, unsanitary, or deficient, constitute a fire or windstorm hazard. In February 2019, two additional violation notices were issued for graffiti and for failure to keep a construction or building site clean.

Also in February, a portion of ownership in the property was deeded over to Camillus House and St. Louis University. That interest was formerly owned by charitable trusts that were created through the wills of several donors who are now deceased. 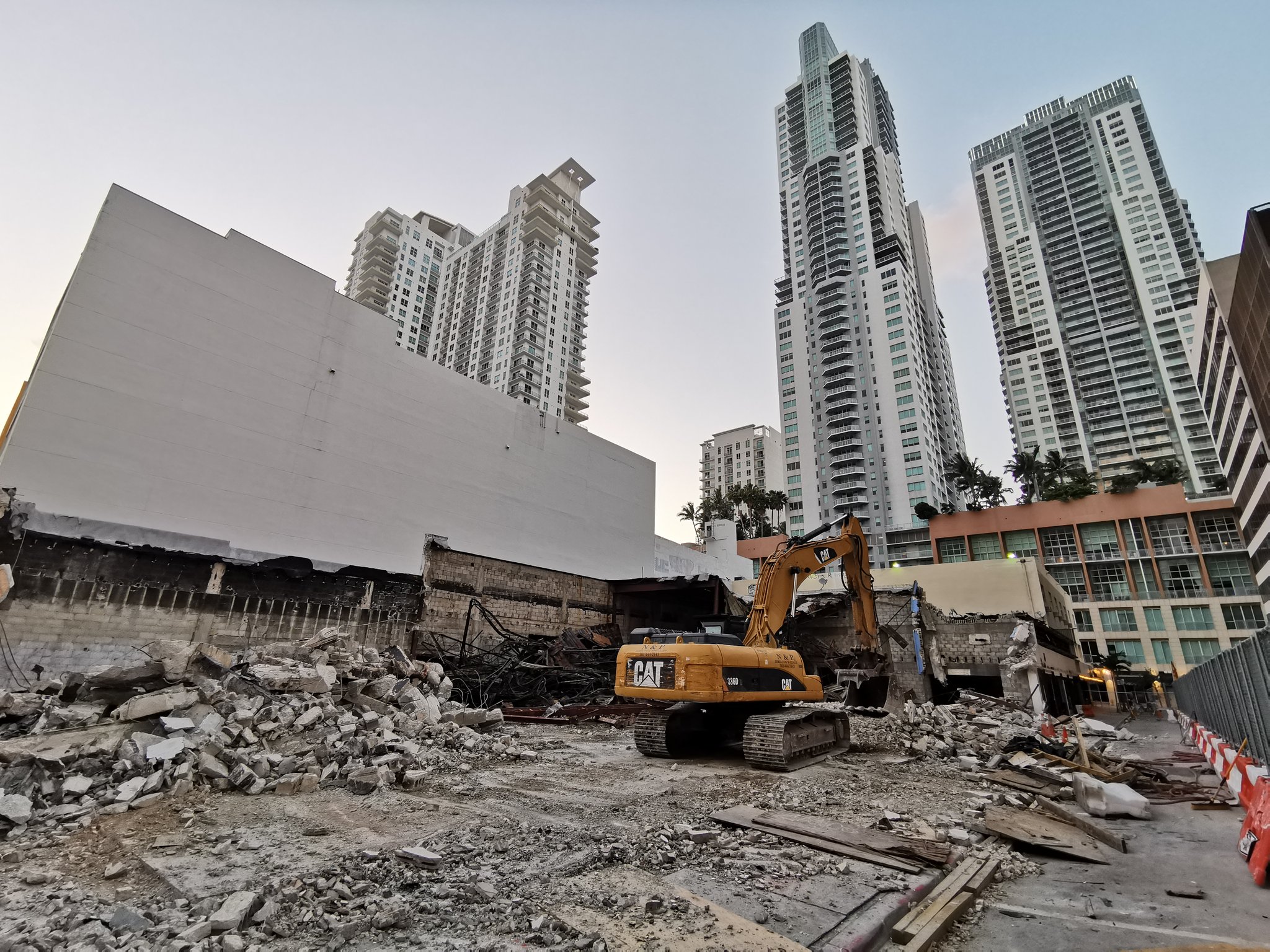 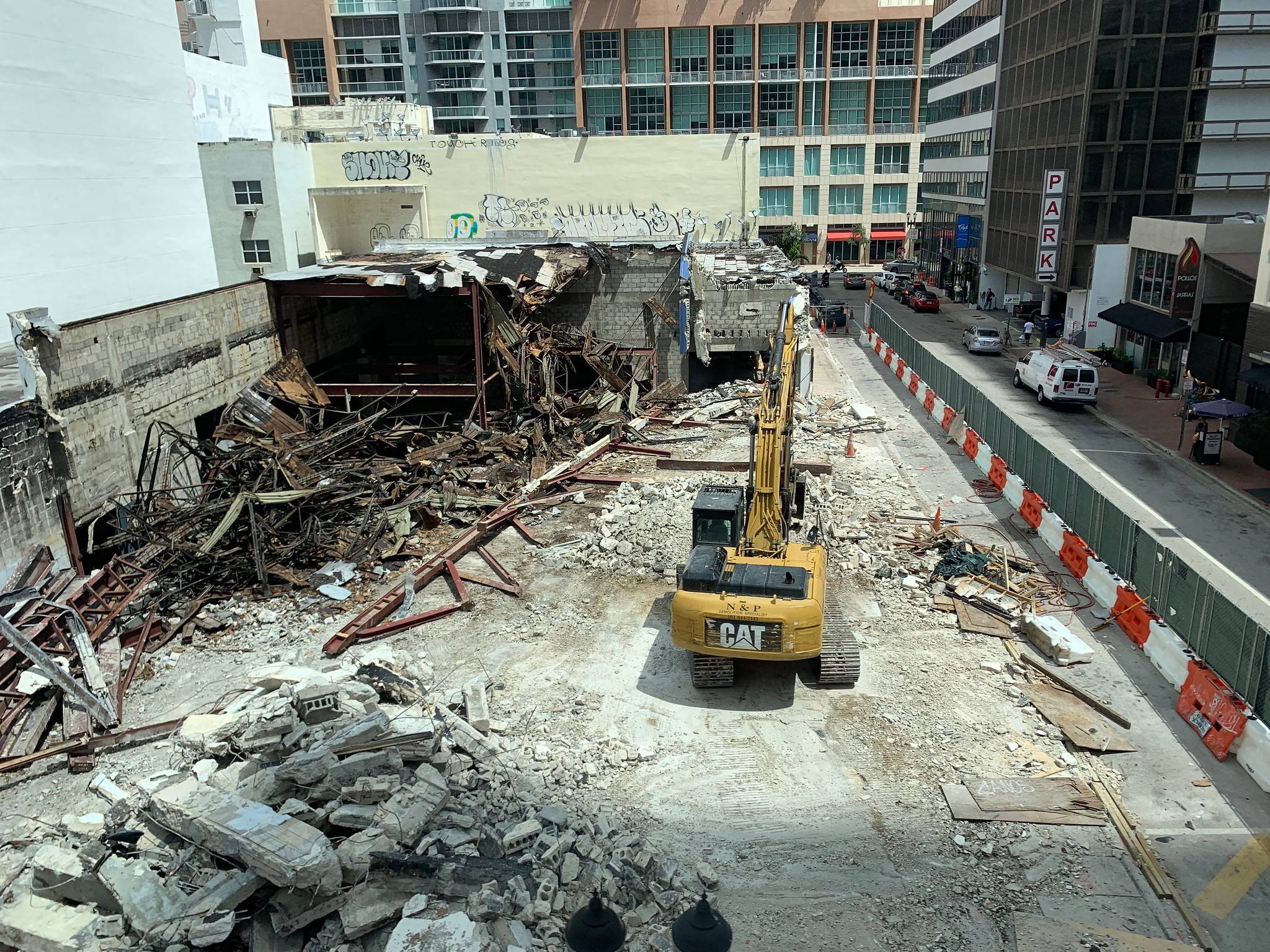 scan of a kodachrome slide dated 1961 (via phillip pessar): 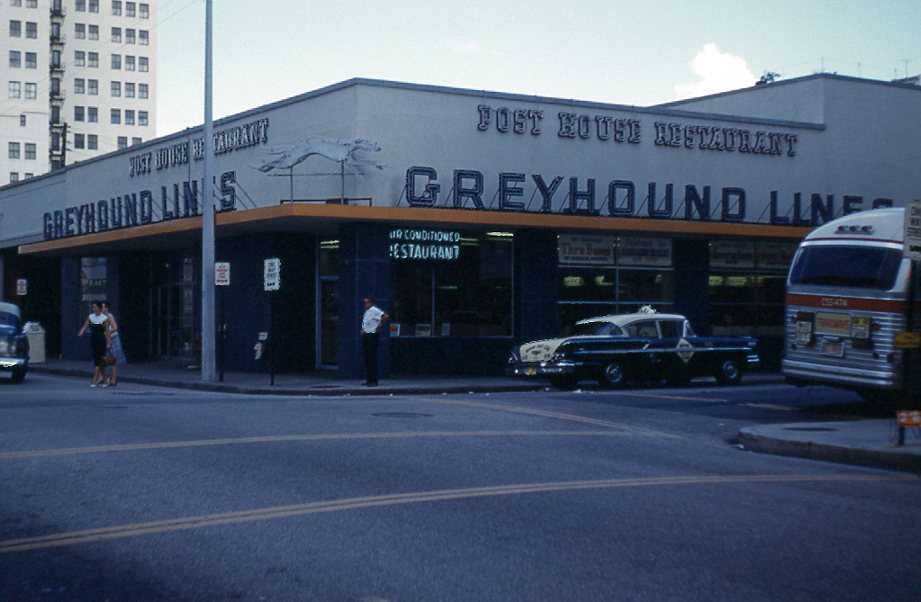