Demolition is now underway at an Edgewater property where a condo tower rising up to 38 stories is planned, photos taken by Ryan RC Rea show.

The demolished home dates back to 1940, according to county records.

Two vacant lots on either side of the home will also be incorporated into the new development.

The developers have said they plan a boutique condo building designed by Kobi Karp and Argentina’s Dieguez Fridman, with a ground floor restaurant.

Renderings of the new tower have not yet been released.

Separately, a 55-story waterfront tower called 710 Edge is planned on the same lock.

Both new projects will extend the baywalk. City rules require the construction of a publicly-accessible pedestrian promenade as part of any new bayfront development. 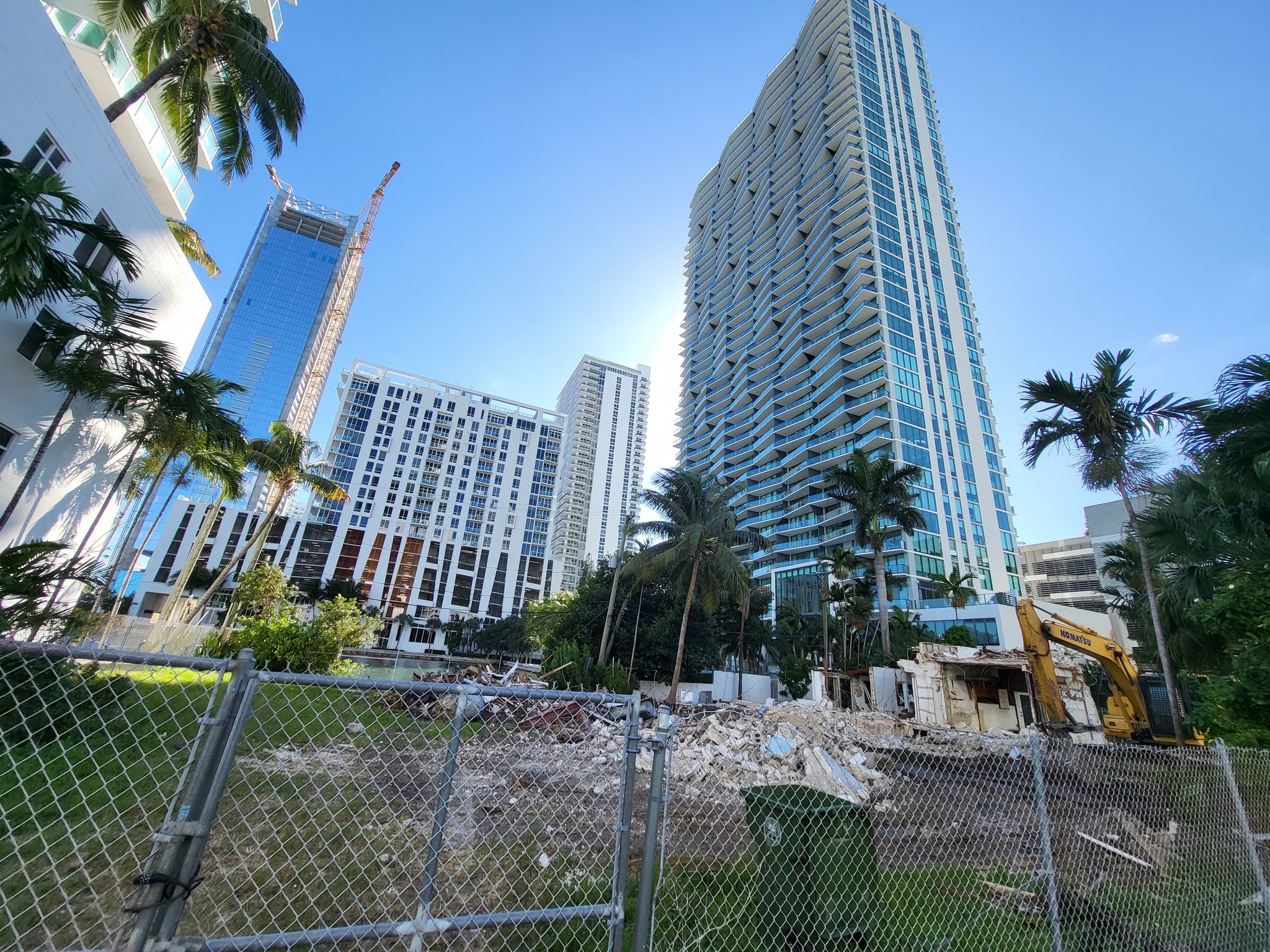 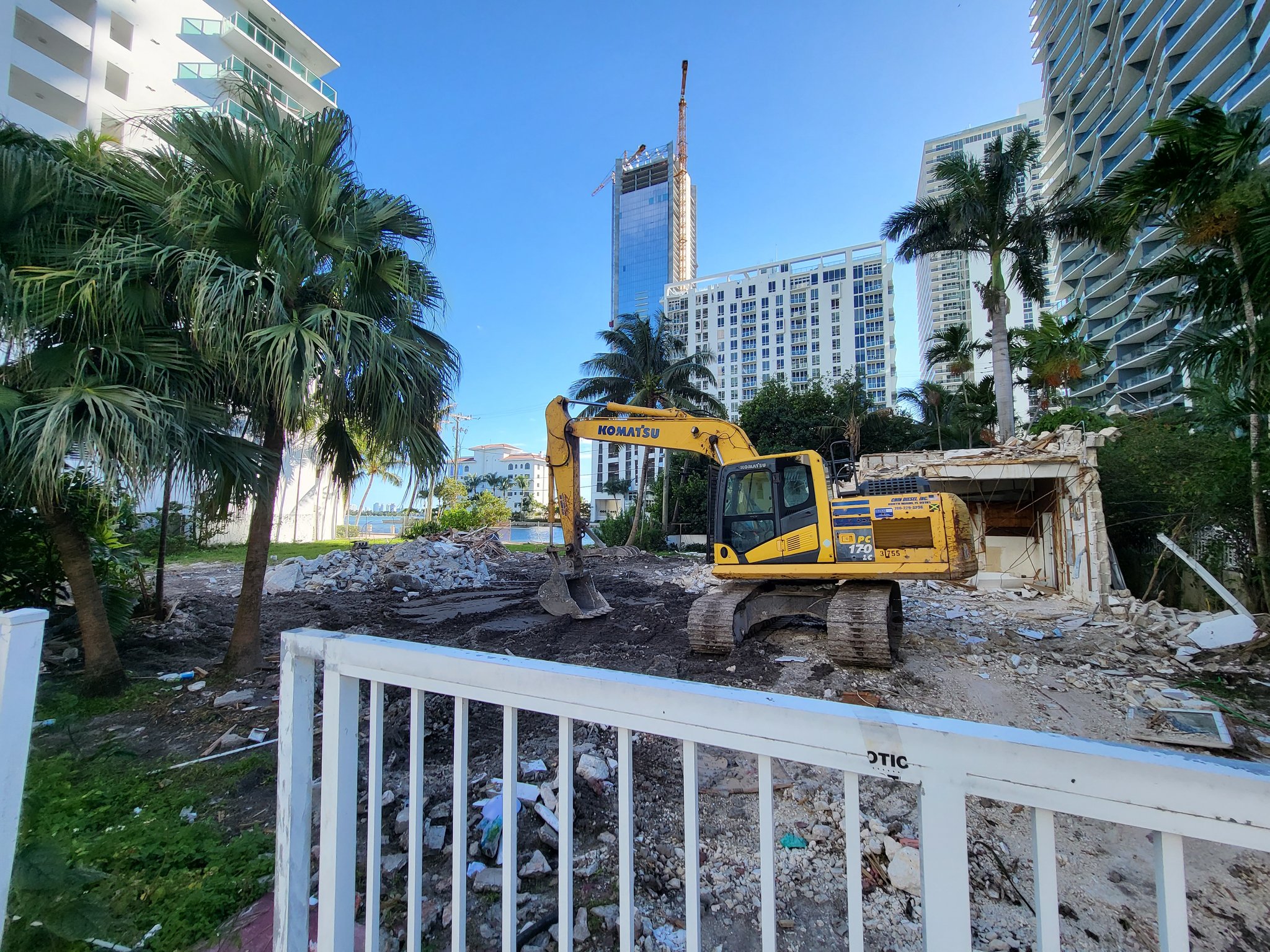 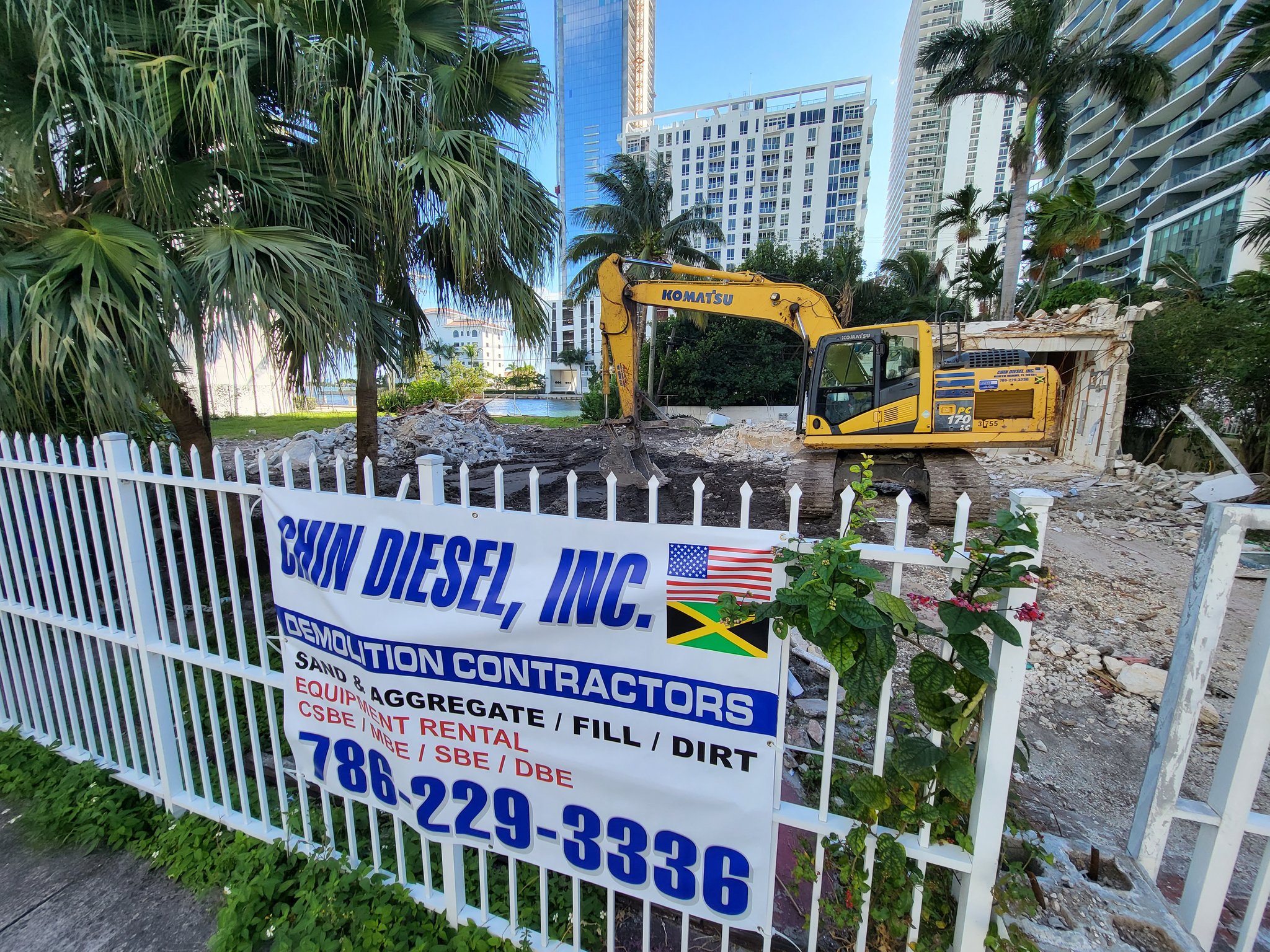 Previous renderings of a potential 38-story, 92-unit tower on the site from architect Ayenk: 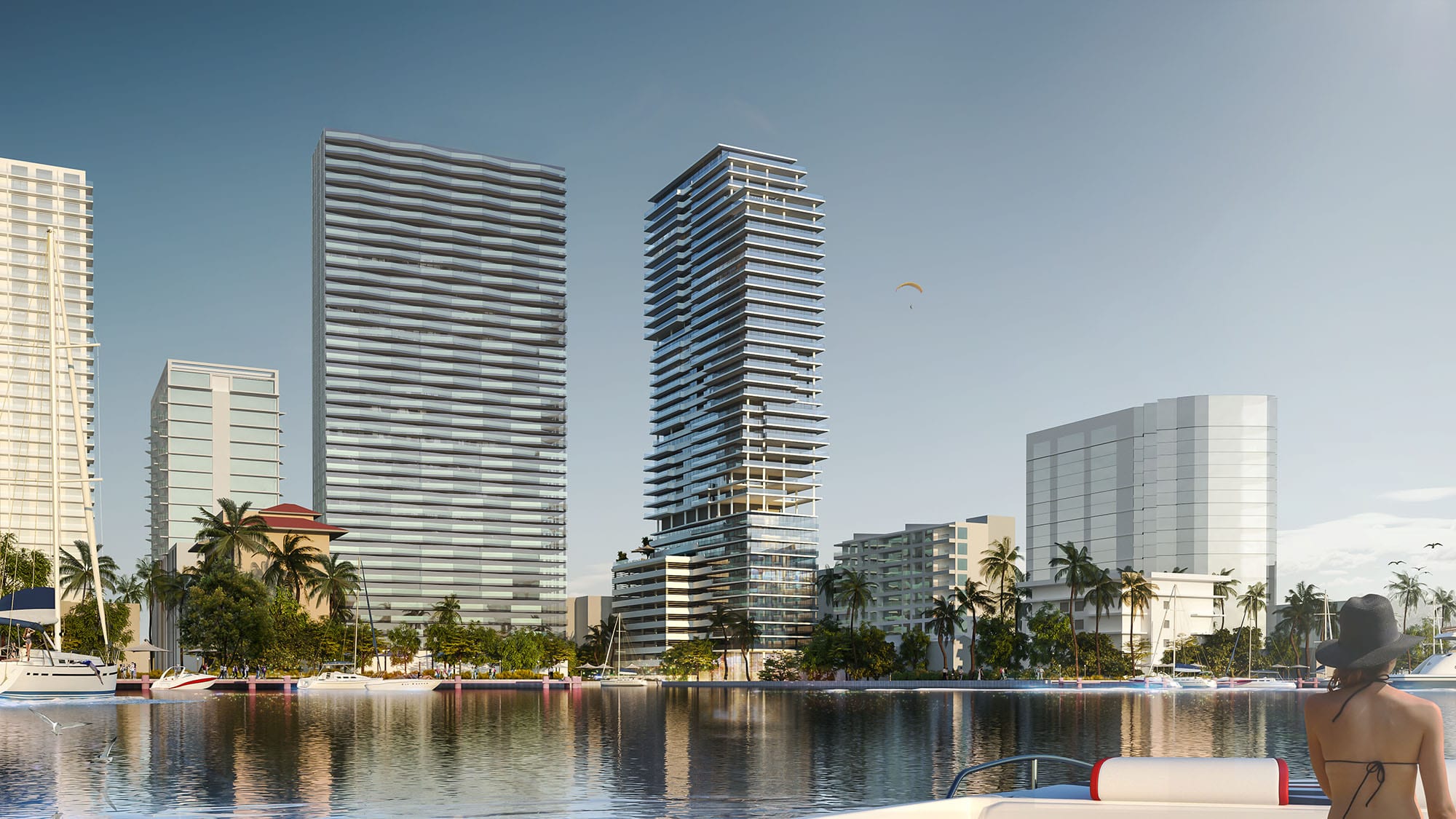 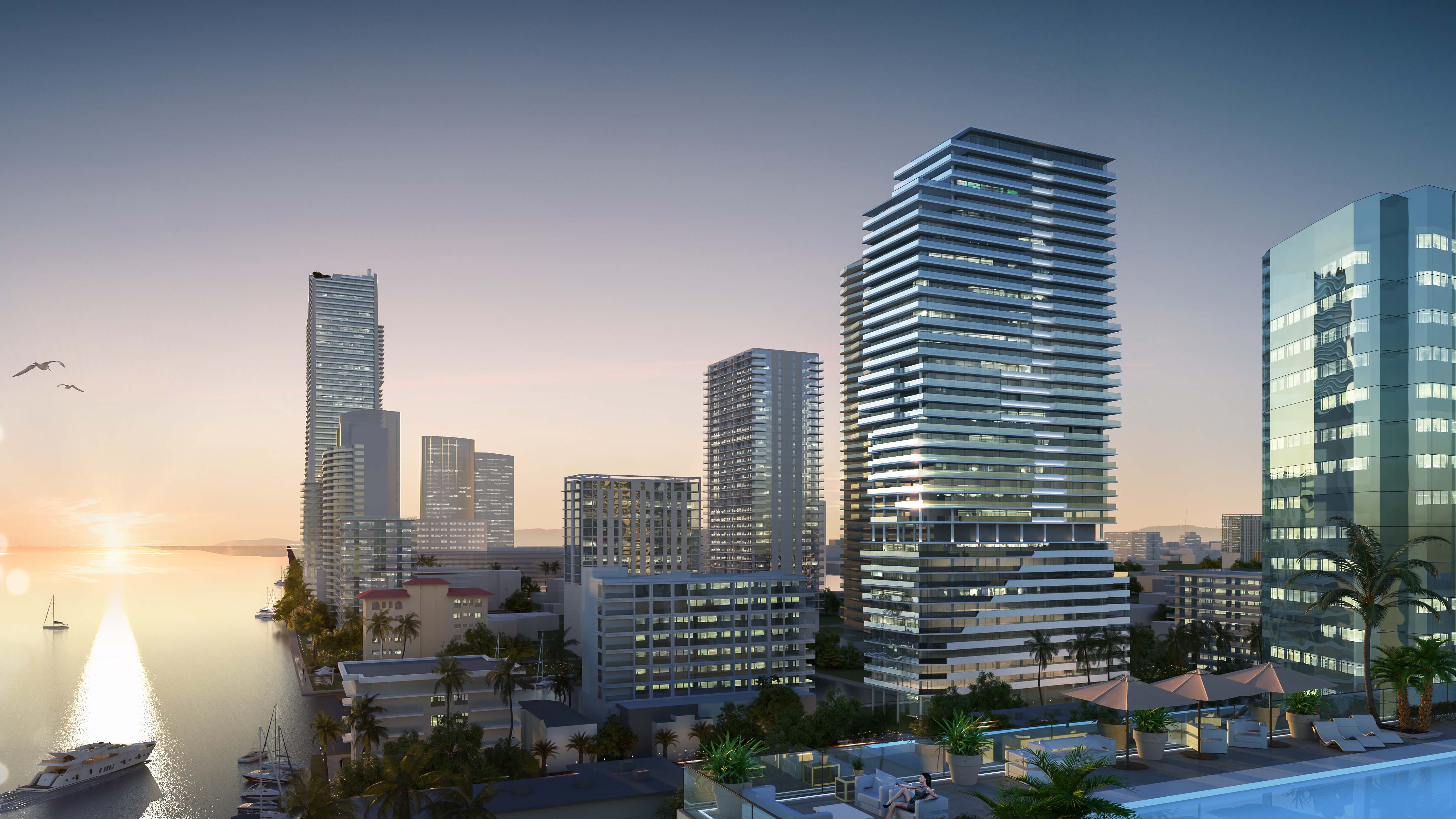