Demolition Underway At Gateway At Wynwood, Construction Within 90 Days

The developer of The Gateway at Wynwood office building plans to build on spec, and site work is now underway.

Groundbreaking is scheduled for 84 days from today (May 9), according to the project website.

Leasing is also underway, with delivery scheduled for late 2019. The project includes 200,000 square-feet of Class-A office space, along with 25,000 square feet of ground floor retail.

Site preparations are now underway and financing is in place with vertical construction to begin within 90 days.

Miami, FL – February 13, 2018 – Companies in search of purpose-built Class-A office space in Miami’s dynamic Wynwood and Midtown neighborhoods will soon have a new address to call home. Leasing and initial site preparations for The Gateway at Wynwood, a 420,000 square-foot building located where Wynwood and Midtown meet, have begun – with groundbreaking expected in the next 90 days. The building is anchored by 200,000 square-feet of leasable Class A office space. R&B Realty, the New York-based real estate firm developing The Gateway at Wynwood, is financing the building’s construction with equity. Project completion is expected in late 2019.

Situated at the ‘main and main’ intersection of North Miami Avenue and NW 29th Street – six blocks away from the entrance to I-95 – The Gateway at Wynwood stands out as the most easily accessible office building now under development in the Wynwood/Midtown submarket. That convenience, coupled with ample parking capacity and large, flexible floor plates, make it the first Class-A office building of scale to rise in an area that has come alive as a thriving retail, entertainment and residential neighborhood.

“Artsy, accessible and efficient, The Gateway at Wynwood is the office address of choice for both creative directors looking for a hip, trendy location – and CFOs focused on the bottom line,” said Aron Rosenberg, chairman of New York-based R&B Realty. “Our team is confident in the Miami market, and we’ve encountered significant pre-leasing demand among tenants eyeing a move into Wynwood who view our building as the only option for true Class-A users, leading us to begin development ‘on spec.’”

With a portfolio of 1,000,000 square-feet of office, retail and industrial real estate in New York and New Jersey, the development of The Gateway at Wynwood is part of R&B Realty’s expansion into Miami. The firm acquired the site in 2016 along with two additional properties nearby, with the goal of meeting pent-up demand for commercial space in the neighborhood. R&B Realty has tapped Colliers International to spearhead leasing for the office project.

Development of The Gateway at Wynwood comes amidst growing appetite for office space in the Wynwood submarket. Over the past five years, the area has seen average office rents rise from $22.70 to more than $40.00 per square-foot as vacancy rates have fallen to 6.7 percent – well below the County-wide average of 9.5 percent, according to Colliers International.

“As Miami becomes more urban and new commercial districts emerge, office users of all sizes are seeking out space in well-located neighborhoods with strong quality of life offerings, like Wynwood and Midtown,” says Stephen Rutchik, executive vice president with Colliers International. “Capable of accommodating major global brands and entrepreneurial firms alike, The Gateway at Wynwood is the only true Class-A building under development in one of Miami’s fastest-growing submarkets.”

Located at 2916 North Miami Avenue, The Gateway at Wynwood is bordered by the Wynwood Arts District, Midtown Miami, Edgewater and the Miami Design District, which are among South Florida’s fastest-growing residential and commercial destinations. All told, these neighborhoods are home to more than 8,000 residential units, with a population of more than 875,000 people in the surrounding commercial trade area.

Designed by Miami’s own Kobi Karp Architecture, The Gateway at Wynwood will feature floor-to-ceiling glass windows and flexible floor plates ranging in size from 24,700 square-feet to 28,900 square-feet. Five floors of on-site covered parking will ensure parking ratios of 2 : 1,000 for building tenants. Other amenities will include a private rooftop terrace, around-the-clock security, and 25,000 square-feet of prime street-level retail space. 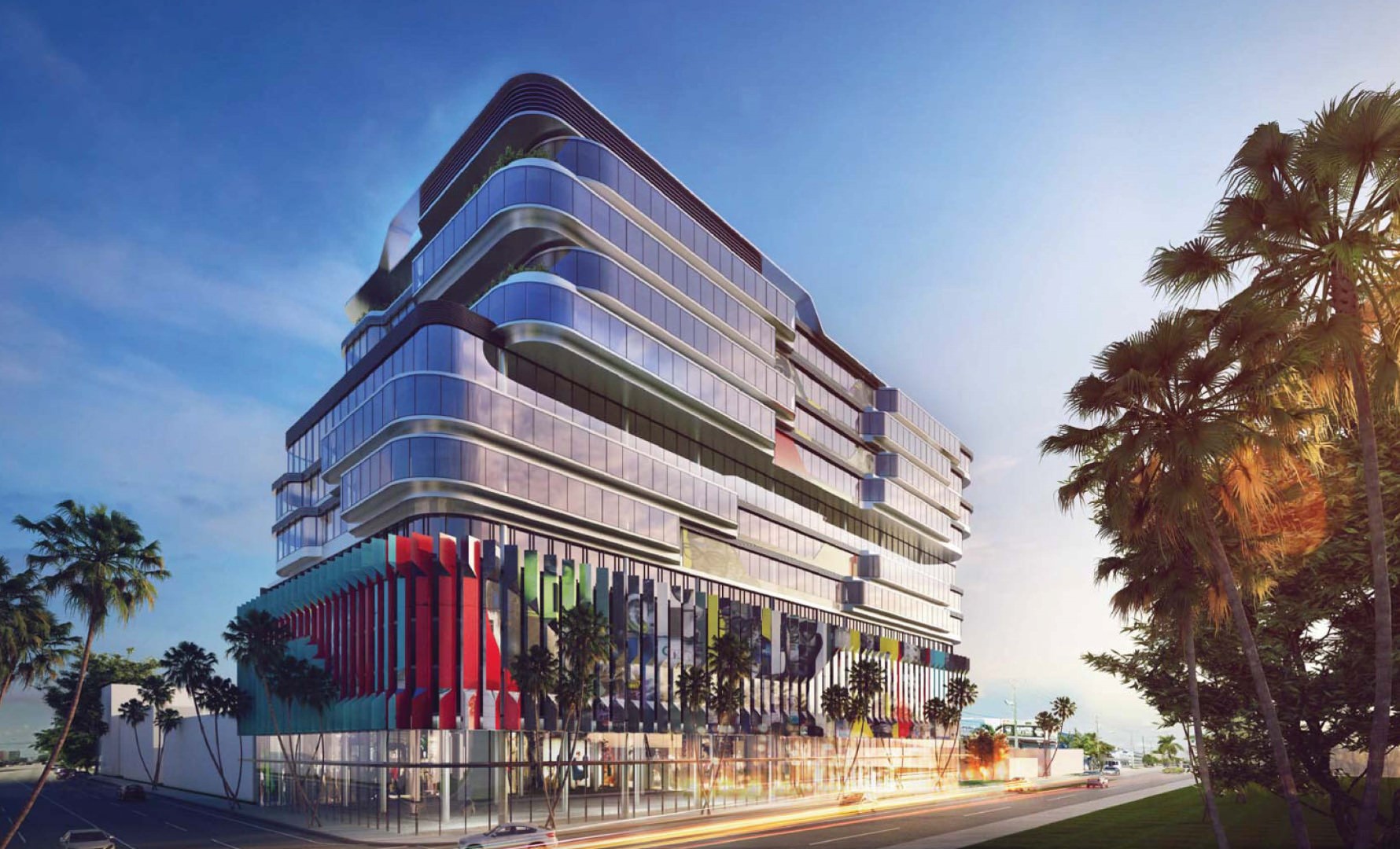