Miami’s Planning and Zoning Appeals Board approved a plan last week to increase the height limit on a property at the entrance to the Design District, paving the way for a landmark building there, according to The Real Deal.

The height limit was approved for an increase from 20 stories to 36 stories by the board. The city commission still needs to give its final approval.

Design District developer Craig Robins told the board that he wants the height increase in order to be able to build an “architecturally significant” building there.

The new building could include office, residential, and retail.

Robins previously said the new building would be a good location for a corporate headquarters, and that it could also include a hotel.

Up to 845,000 square feet could be built in the new building, even before the height increase.

Plans or renderings of the new tower have not yet been submitted.

Brightline’s train tracks are next to the site, and a commuter rail station could also be built nearby.

The site of the new 36-story tower is in red: 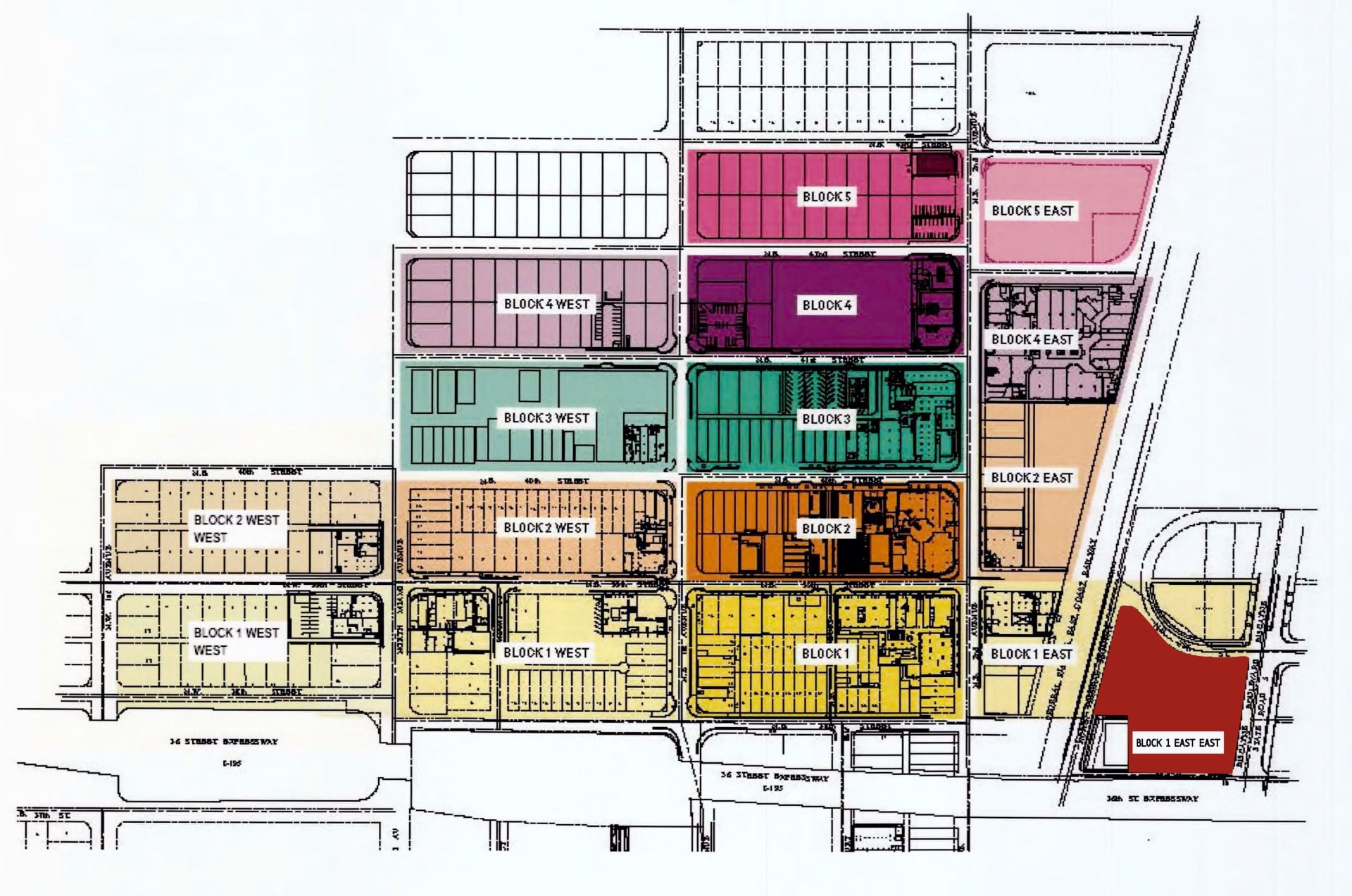