A developer has announced plans to build a 350-unit rental apartment tower in Brickell, according to The Real Deal.

Mexico-based Menesse International closed on the purchase of a property at at 143 Southwest Ninth Street. A small apartment building on the site will be demolished.

The new tower will be Class-A, rising 24 stories with a design by architect Behar Font.

It will also have 180 parking spaces in an 8-story podium.

An older concept design for a tower on the site from developer Habitat Group, which just sold the site to Menesse. The design is by Ayenk: 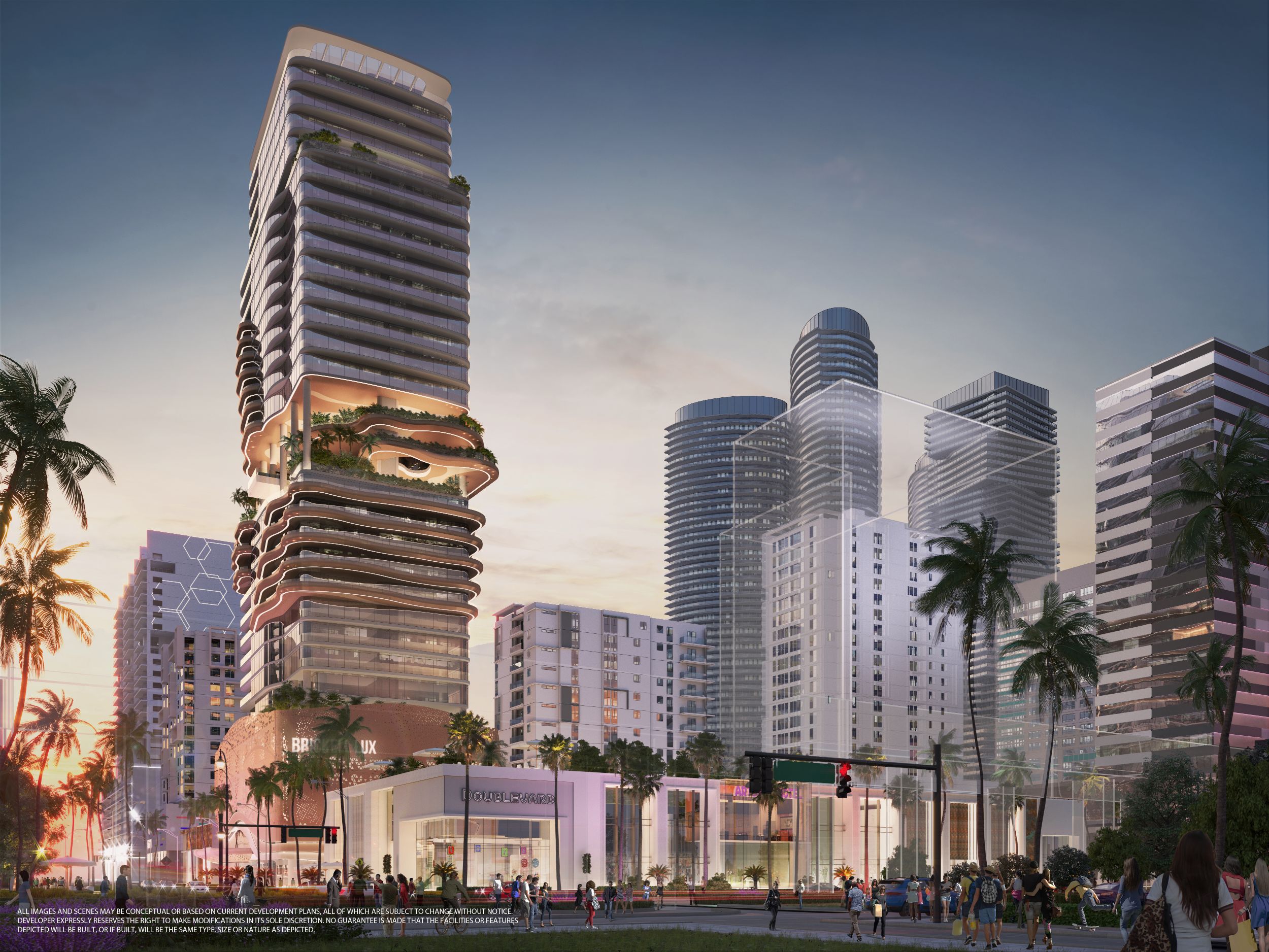 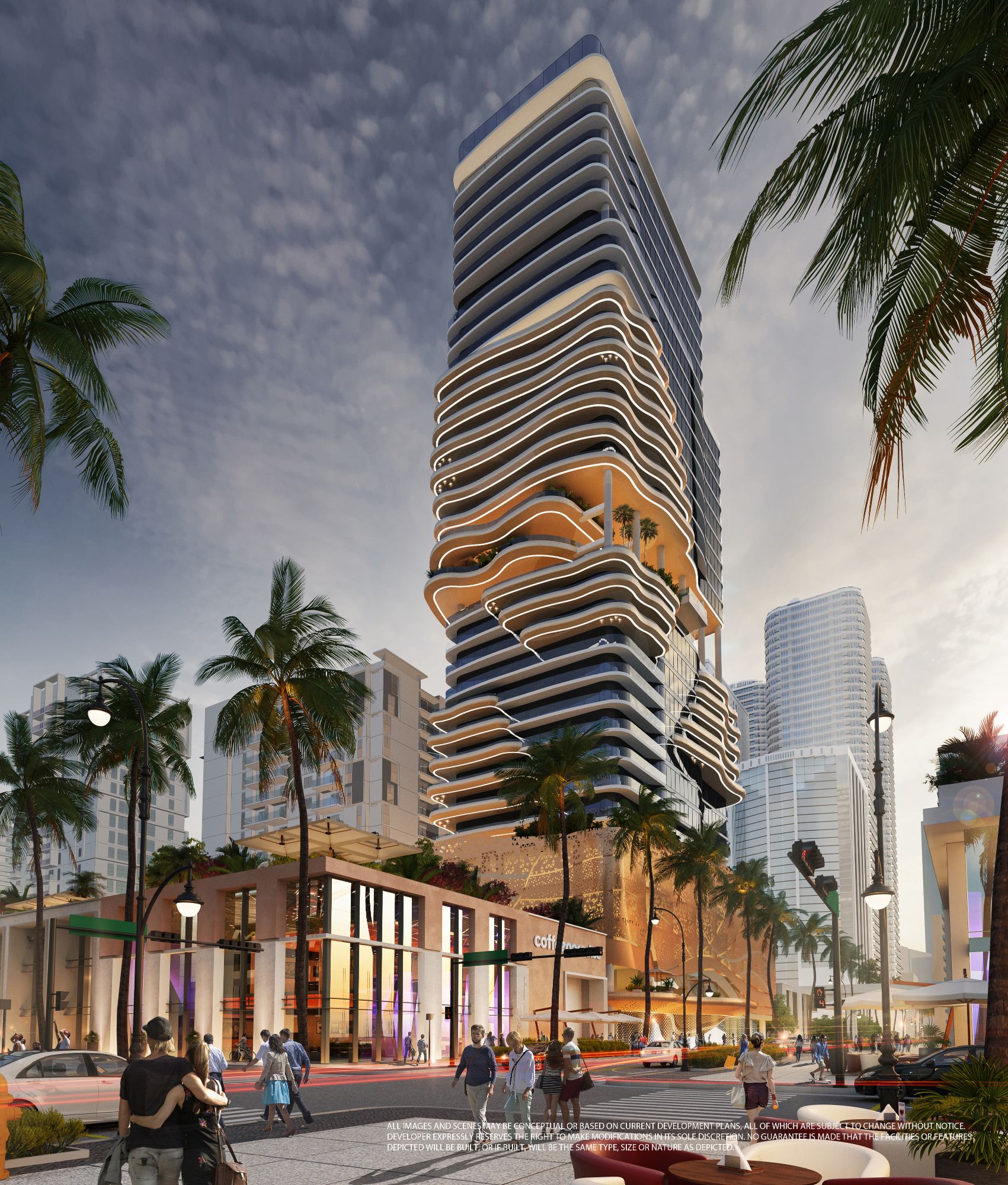 Schematic massing for the new 24-story tower from Menesse: 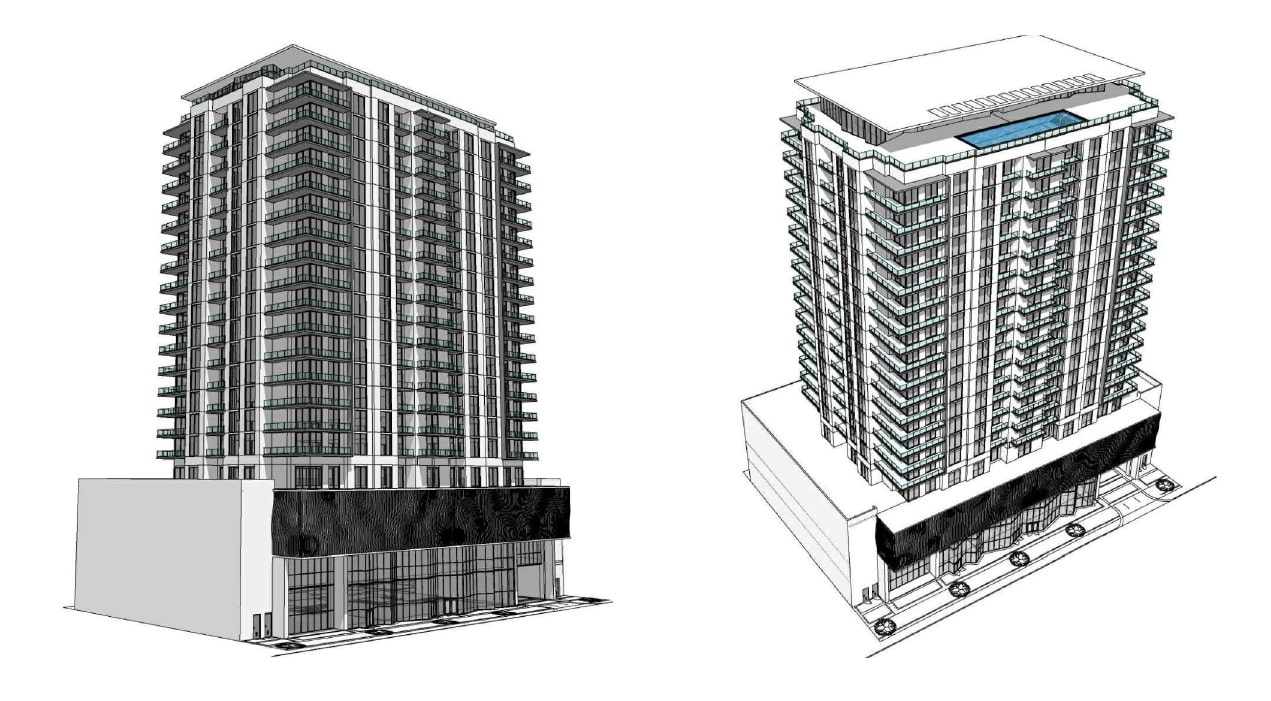