A developer has submitted plans to build a glassy 77-story tower called World Trade Center Of The Americas at 340 Biscayne Boulevard. At it’s highest point, the tower would reach a height of 953-feet, making it one of the tallest in Miami.

The property sits on Biscayne Boulevard directly in front of the Empire World Towers site, recently purchased by PMG. A Holiday Inn is currently on the site and would be demolished.

The proposed tower is being designed to maximize as-of-right entitlements permitted under the zoning code. The mixed-use tower uses exactly 1,439,352 square feet of FLR – the maximum permitted, without wasting a single square foot.

At the bottom of the tower will be lobby and retail space, with a 516 space parking garage and 52 bicycle spots.

The remainder of the tower, from floor 37 to 76, is dedicated to residential space. There are 400 units planned.

Representatives of the developer are now working with city officials to get the plan approved, with a hearing before the UDRB scheduled for next week. 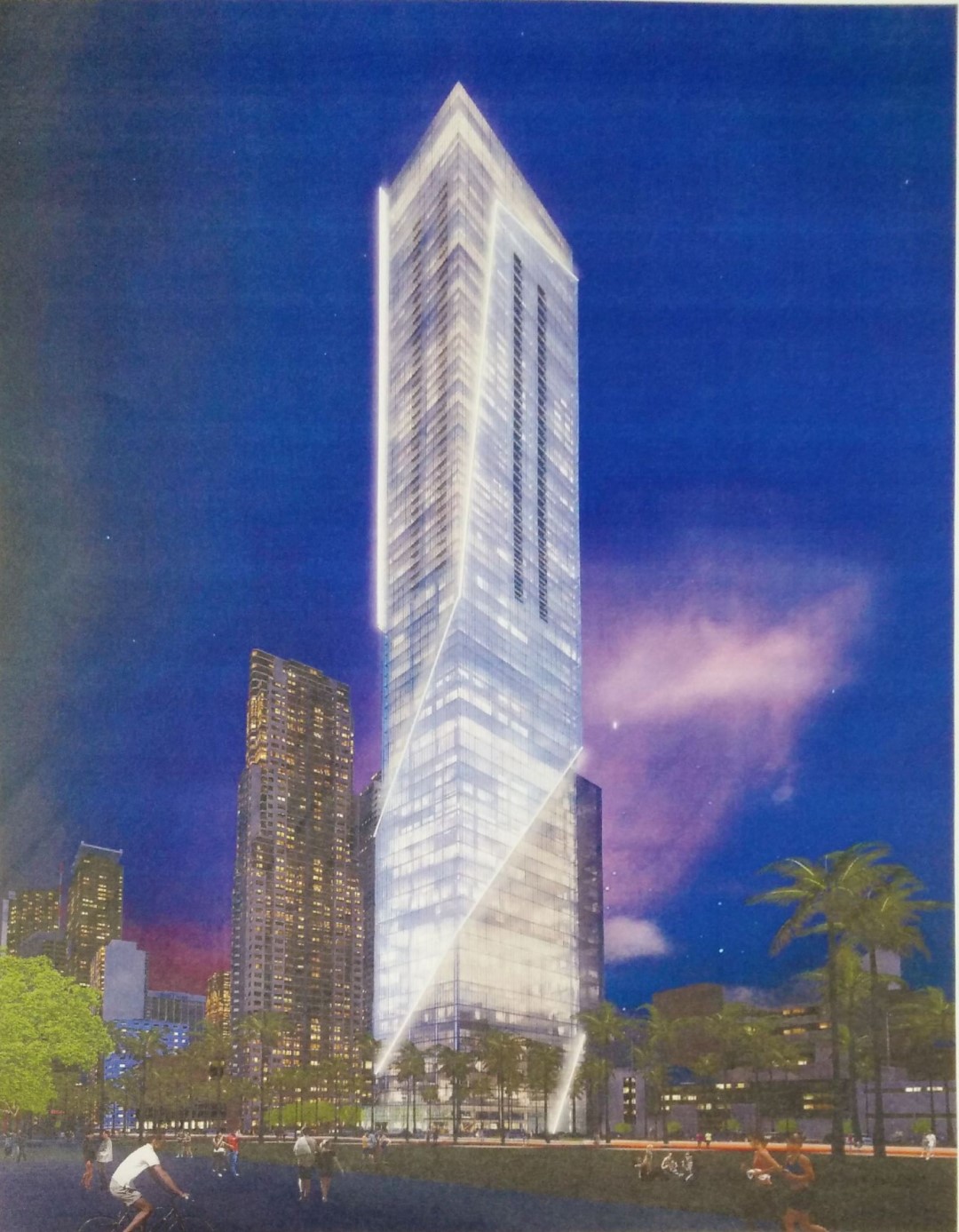 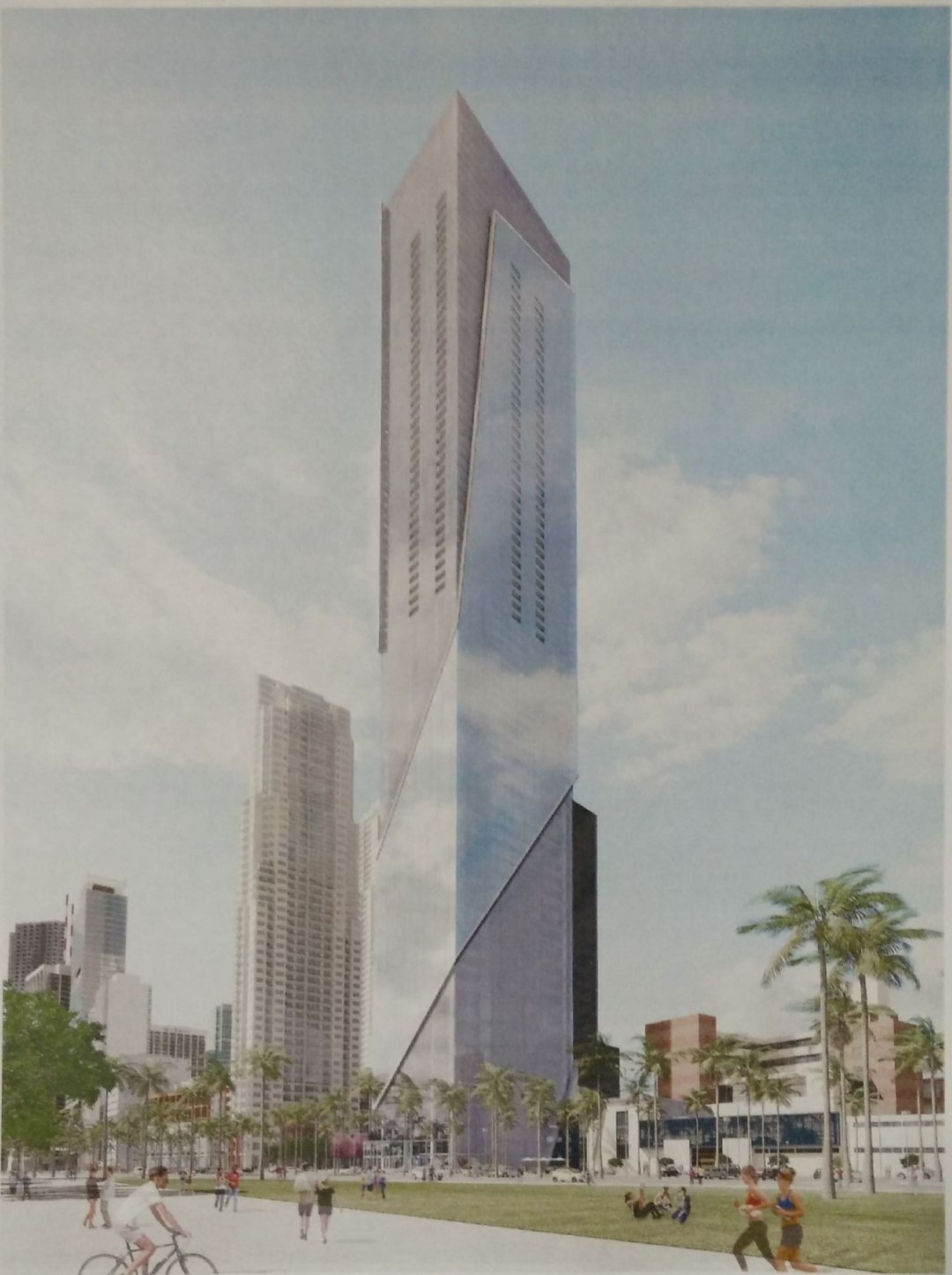 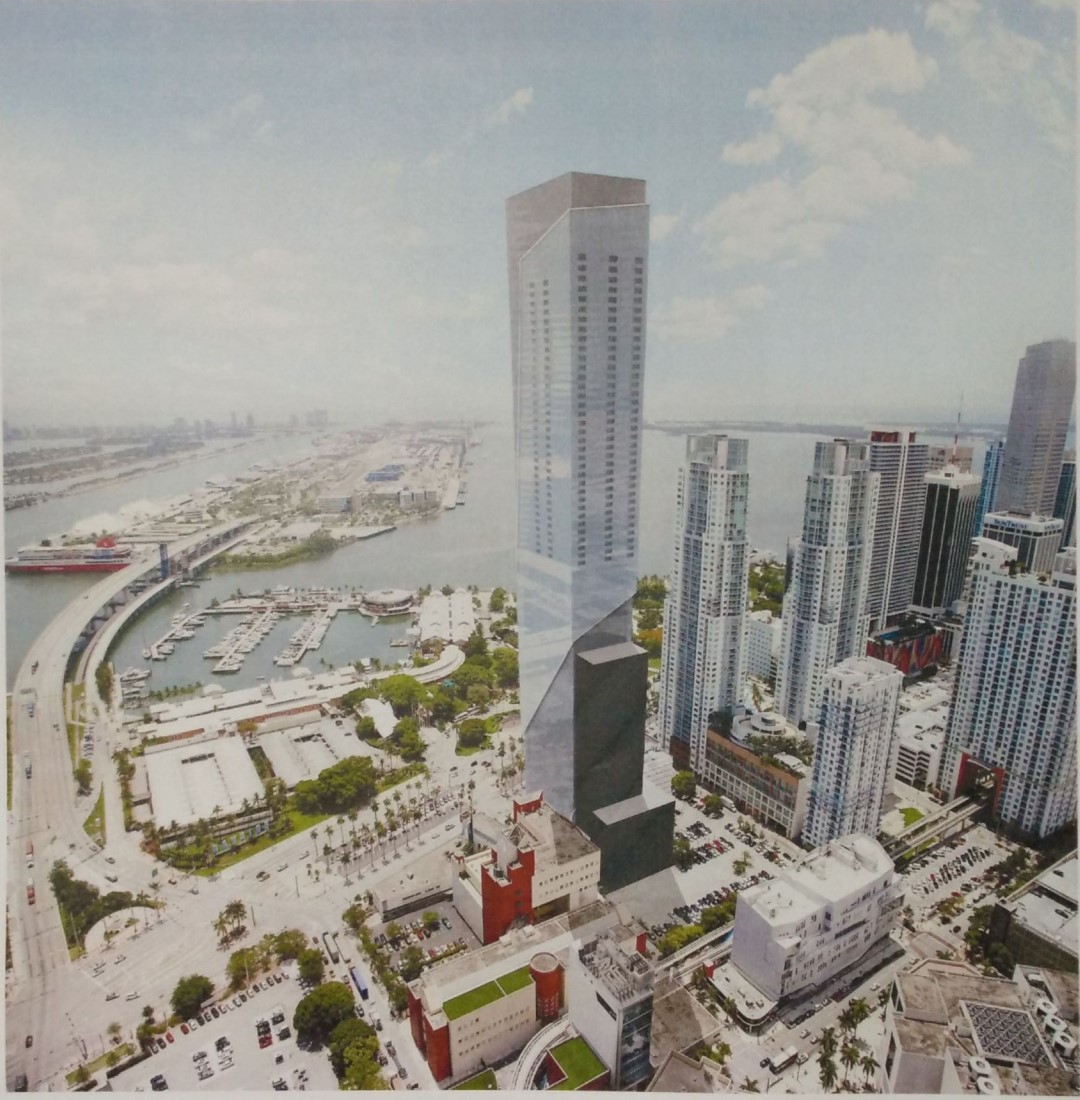 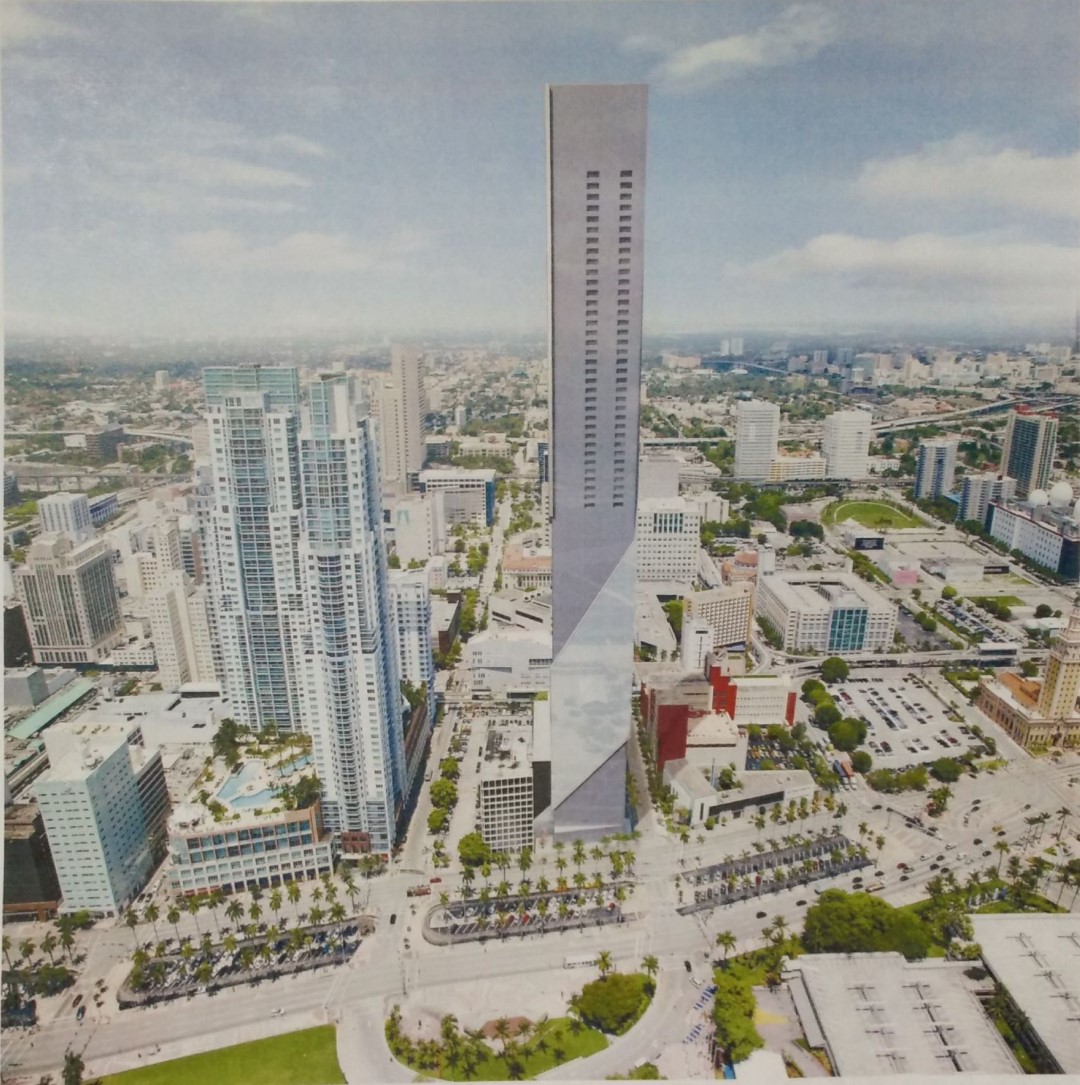 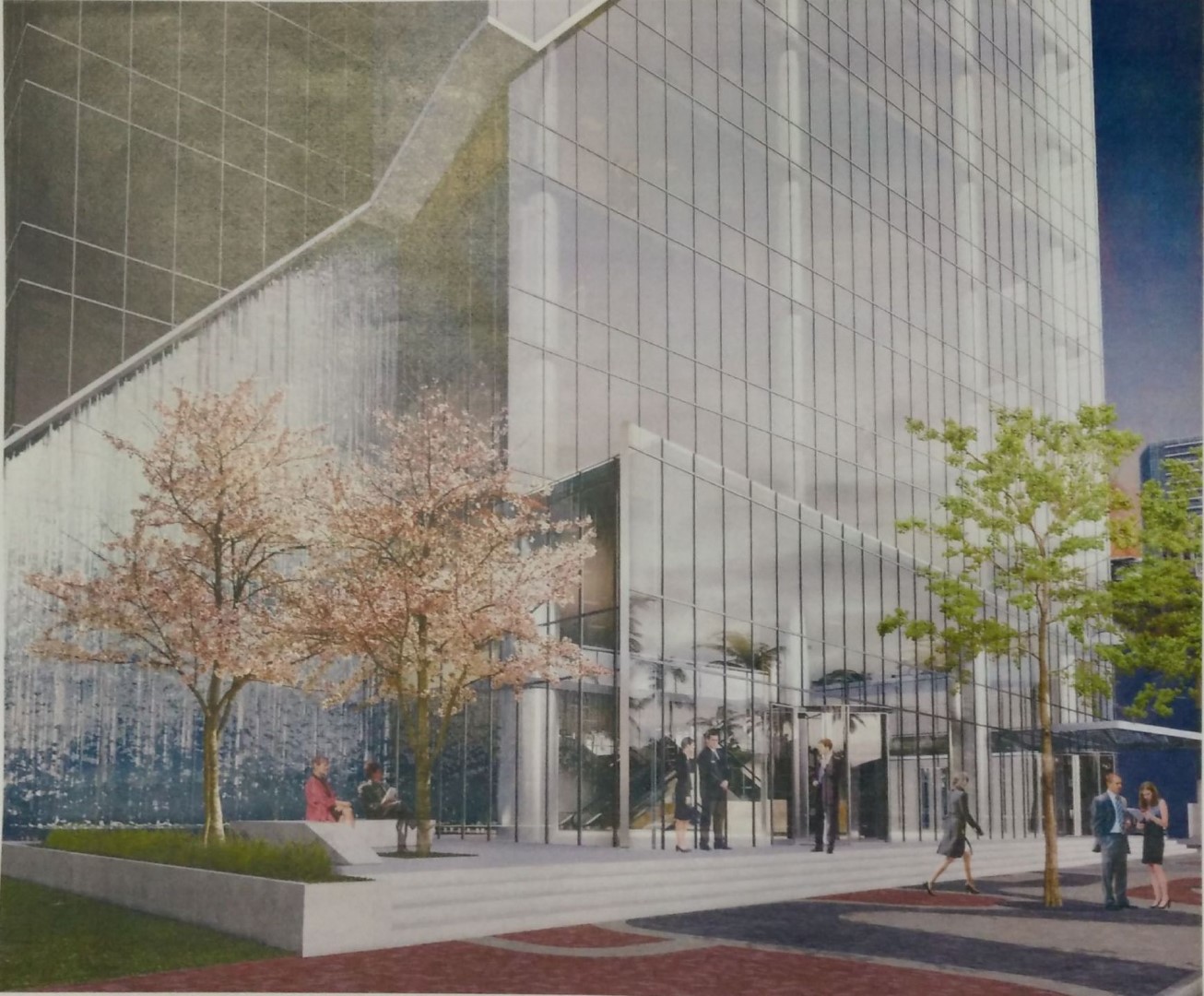 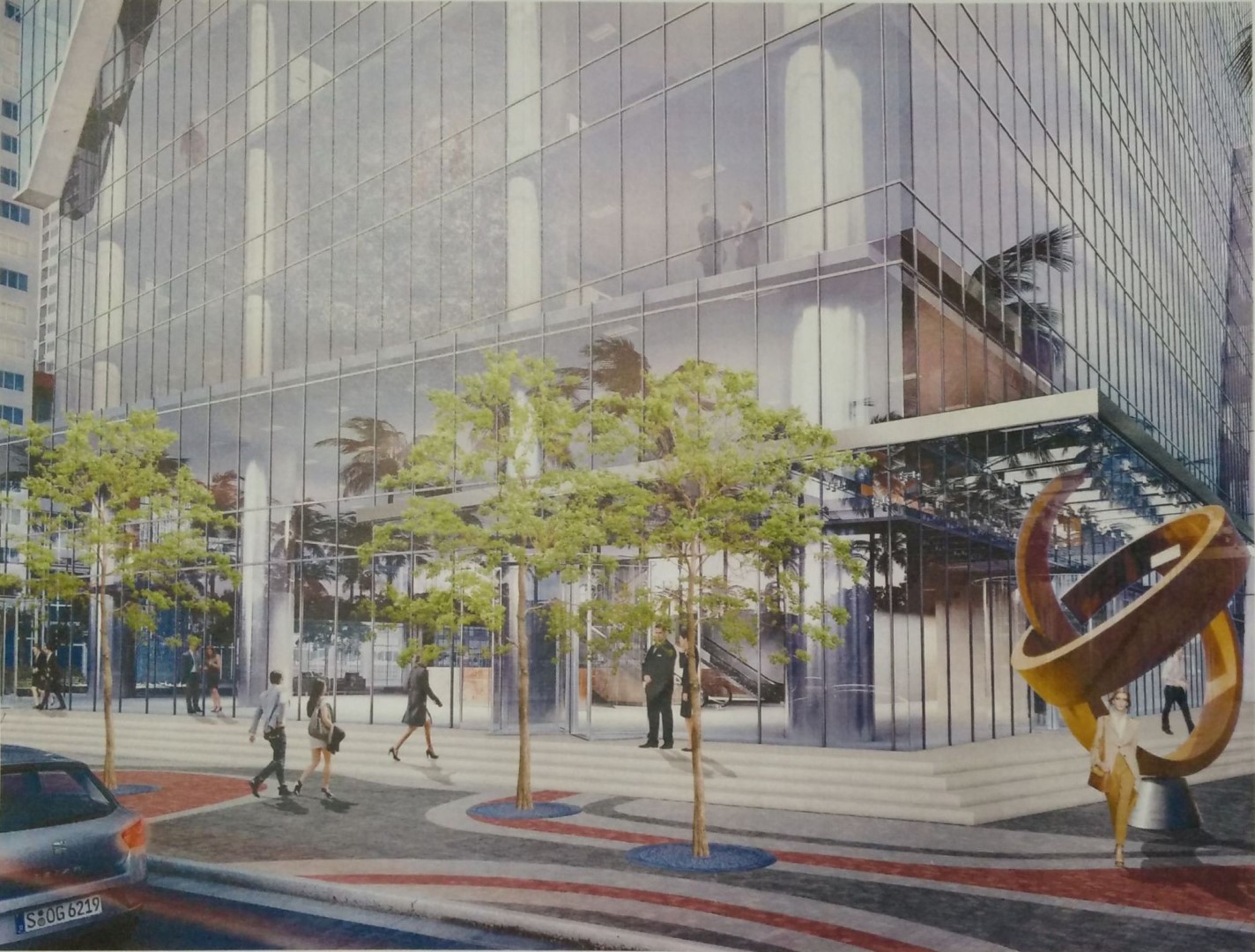