The owners of Brickell’s El Eden property wants to build a 38-story tower, including the first micro-residential units in the area.

C-F Brickell, LLC is asking a city board to change the zoning on the property to allow for greater intensity. City staff is recommending denial, saying that an increase in unit count should be achieved by having the developer contribute to the city’s public benefits program.

Both current and proposed zoning allows for 132 residential units, but the rezoning would allow for a taller building with greater square footage. The city recently changed zoning laws to allow for micro-sized residential units as small as 275 square feet.

A building section prepared by Arquitectonica shows the project is proposed to have retail on the ground floor, with co-working space, micro-apartments, and hotel rooms on the upper levels.

Anthony Cho and Robert Finvarb each own a 17.5% stake, with the remaining 65% controlled by minority investors who each own less than a 10% share.

Miami’ Planning, Zoning and Appeals Board will consider the rezoning request at a meeting on March 21. 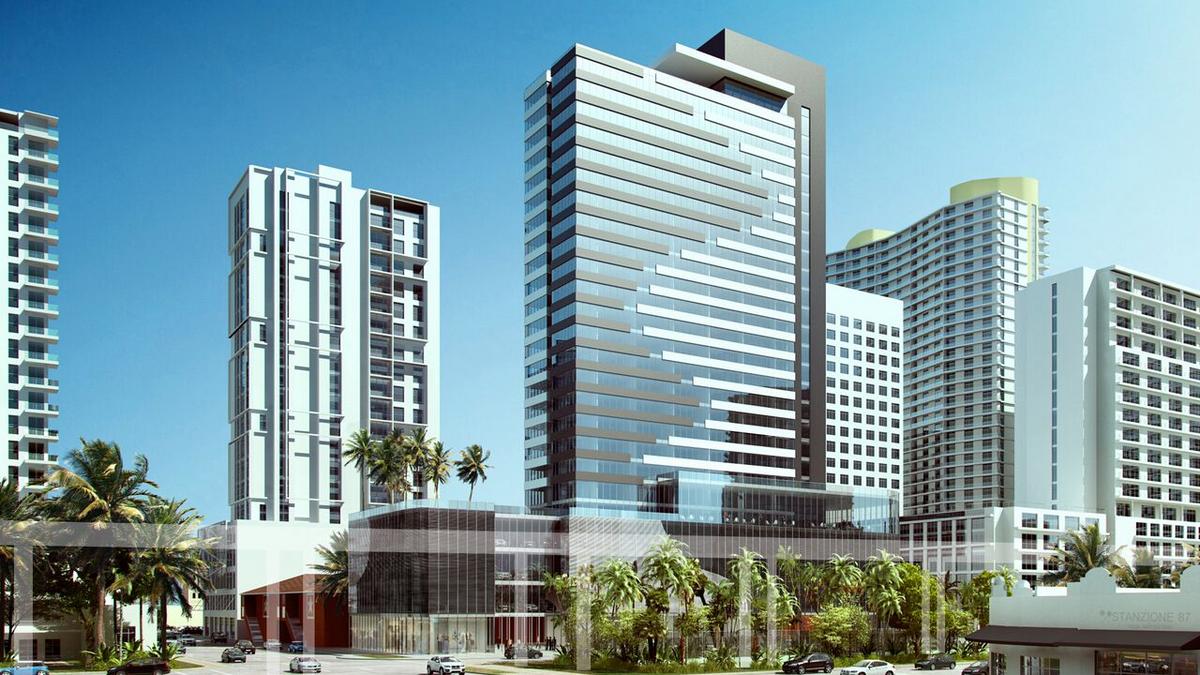 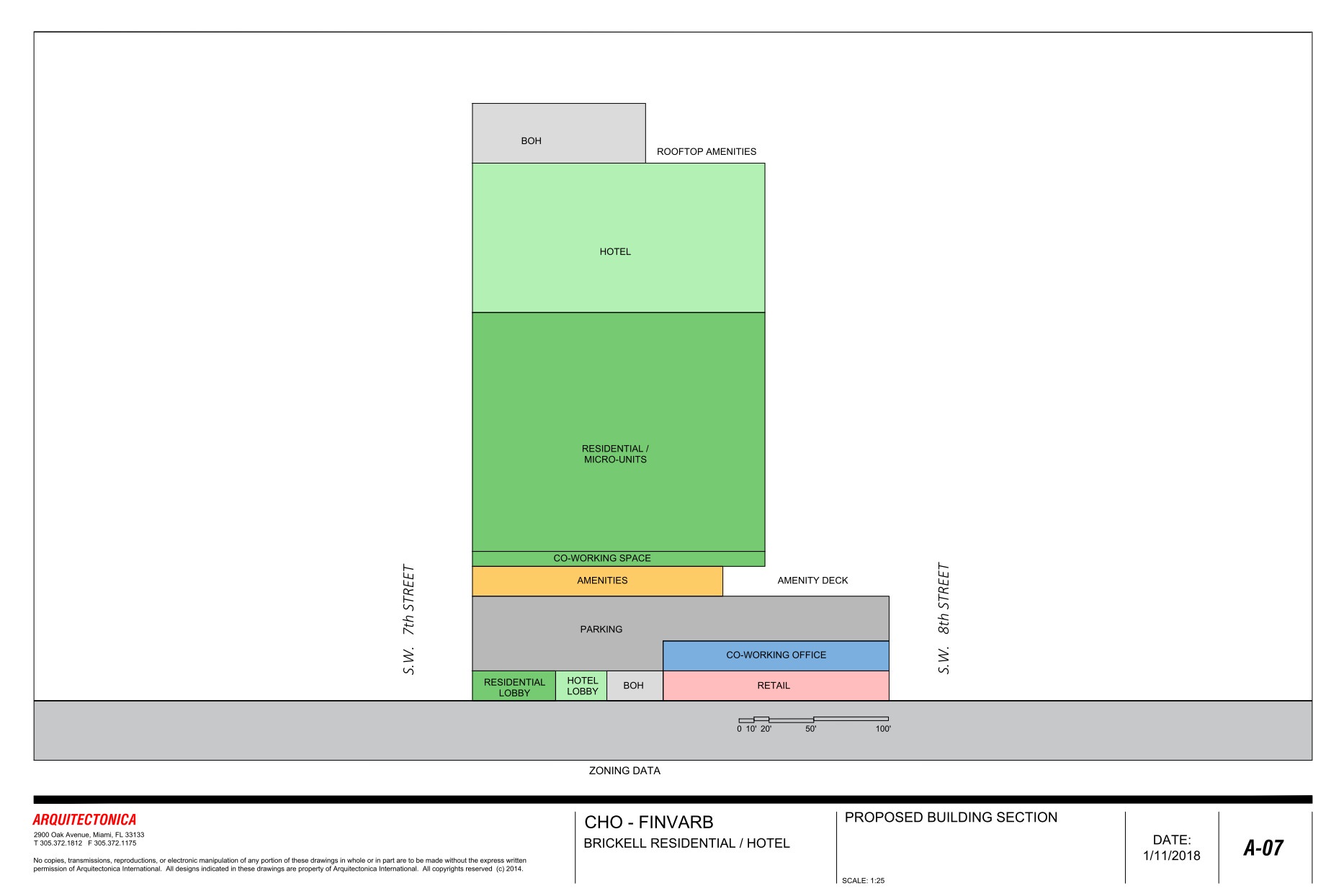