The developers of Canvas say they have obtained a $75 million construction loan to build the 37-story project from an unnamed lender.

They will now begin the process of converting reservations into contracts, developer Ron Gottesman told The Real Deal.

Sales began in October, and brokers have made progress in selling units since then. Of the 513 units that are planned, 200 have been reserved, or about 39 percent. Prices average $485 per square foot, with units sizes averaging just 875 square feet.

Americans make up the largest buying group, followed by Chinese. U.S. buyers make up 40 percent of reservations, Chinese 6 percent, and the remainder come from countries that include Colombia, Brazil, Argentina, Venezuela, France and Germany.

The project is aimed at a younger demographic, and will include a restaurant that reflects it. Kevin Aoki, the son of Benihana founder Rocky Aoki, has been tapped to run it.

This won’t be the last project for Gottesman and partner Nir Shoshani in the area. They have announced that they will be building a mixed-use project on a one-acre site that they own at 31 NE 14th Street, with hotel, residential and office space. That is on the same block where Melo Group and the Estefans also have projects in the planning stage. 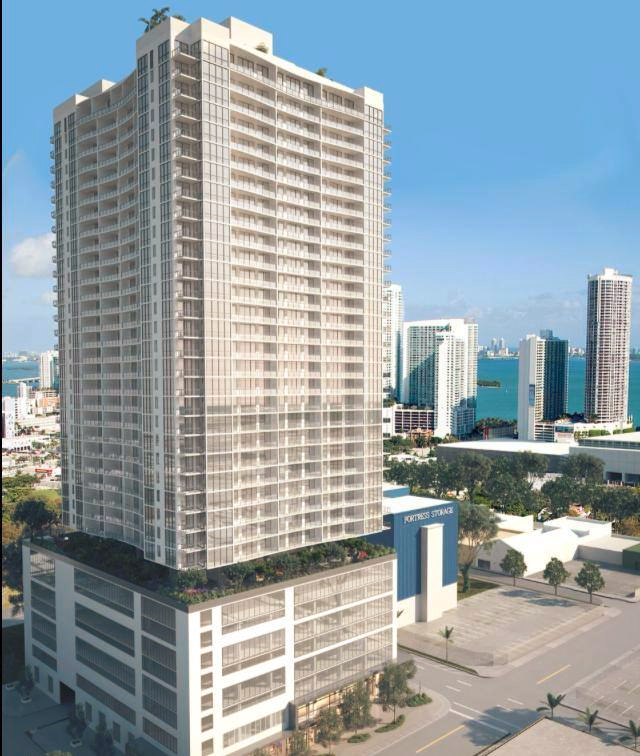