Dezer Gets Approval To Build $1.5 Billion ‘Town For Millennials’

It is finally approved: Developer Gil Dezer has received the green light to build a $1.5 billion project that will be its own “town” with thousands of residents. Dezer has previously said the focus would be millennials.

The project will be built just across the water from Sunny Isles in North Miami Beach. It will be known as Uptown Harbour (the property is currently known as the Intracoastal Mall).

The proposal includes plans to dig an entirely new canal on the site.

The North Miami Beach commission voted in favor of the project 4-3, according to the Herald. However, residents of neighboring Eastern Shores say they will challenge the approval in court.

In 2017, Dezer told brokers that the project would be built as a “town for millennials,” including vaporetto boat service to Wynwood and South Beach. Dezer said more recently however that nearly all units will be sold as luxury condos, so it isn’t clear if the focus will still be on younger residents.

The project will include five 40 story towers, along with a mix of mid and low rise structures.

Here’s what the fully built out development will include:

In total, there are 30 acres on the property, with 9.4 acres of open space (including the canal and a park). 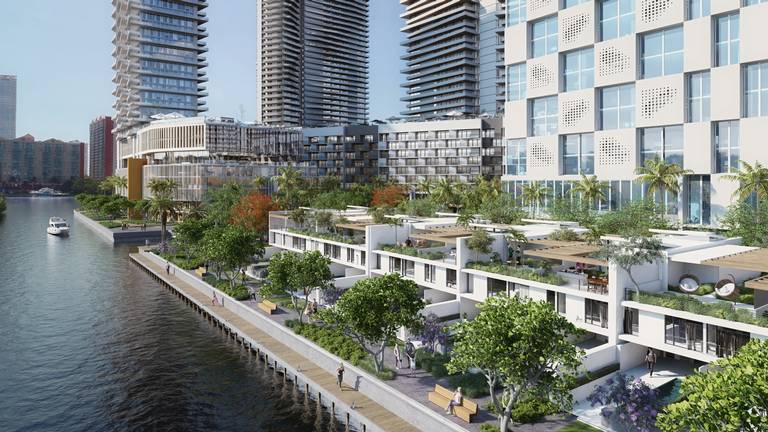 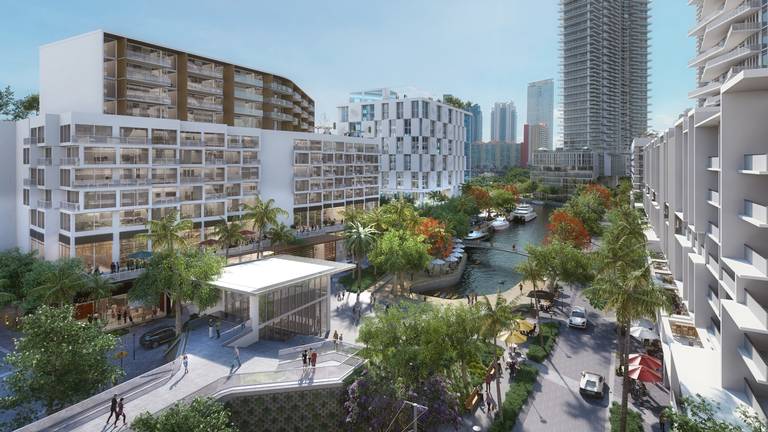 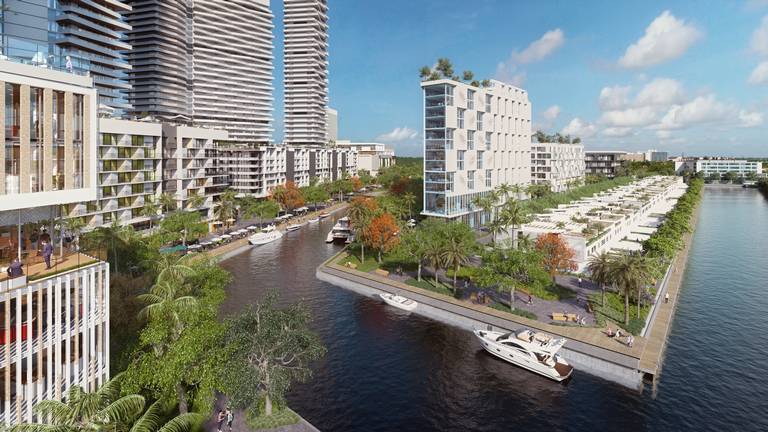