Dezer Properties submitted plans to dig a large new canal into the center of the Intracoastal Mall in North Miami Beach as part of a proposal to bring thousands of new residents to the area.

Dezer purchased the property six years ago. A few years later, President Gil Dezer was reported to have said he would build a “town for millennials” on the site, which is next to Sunny Isles (that report has since been deleted).

The new canal will be connected to the Intracoastal Waterway. There will be a waterfront promenade on all sides, along with docks and kayak launches.

A water taxi service is also shown on the plans.

Next to the new canal, towers would rise up to 48 stories.

The proposal has been submitted to the city of North Miami Beach. Dezer is asking for approval of a conceptual master plan and development agreement.

Zyscovich is designing the master plan. 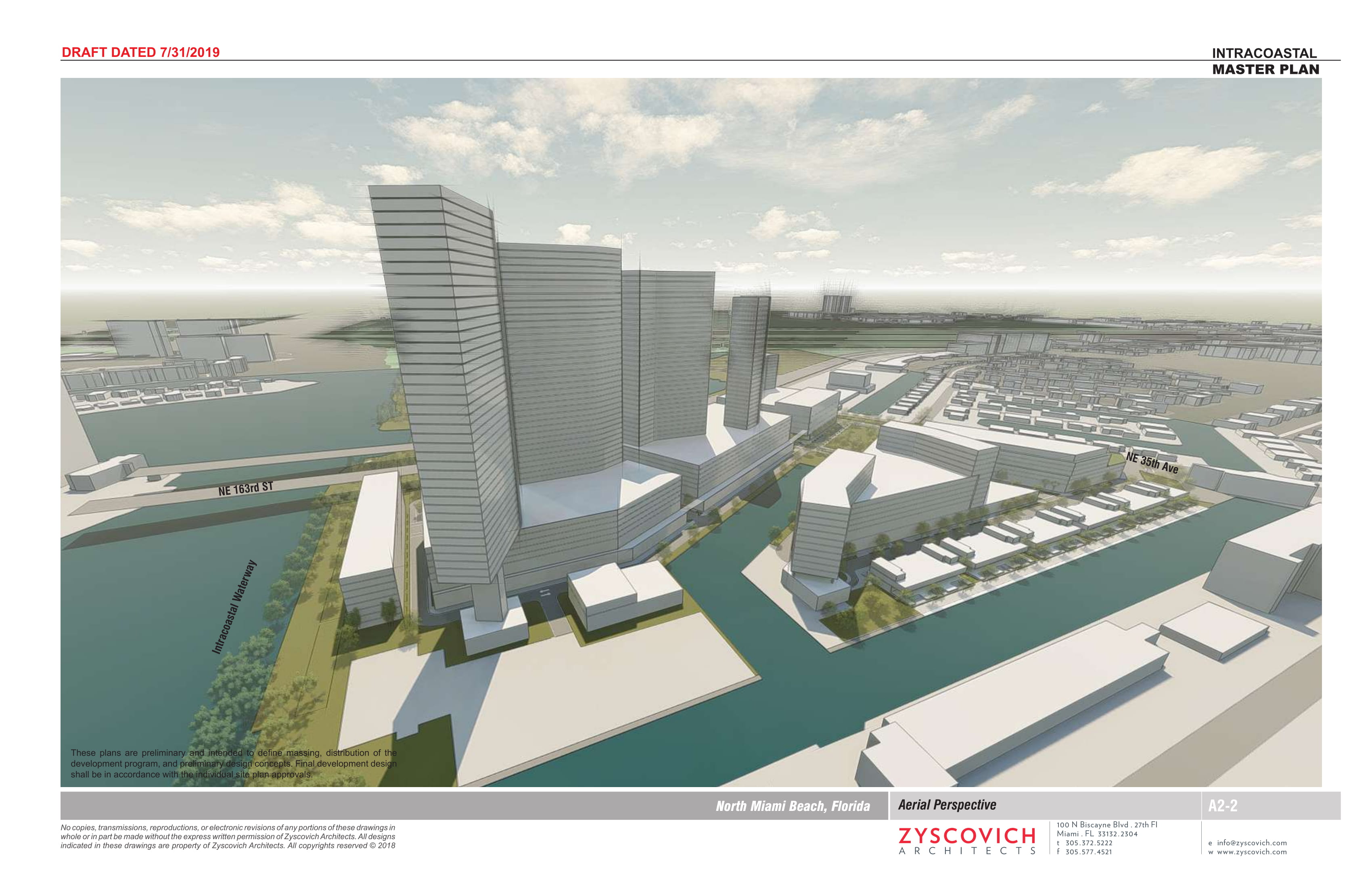 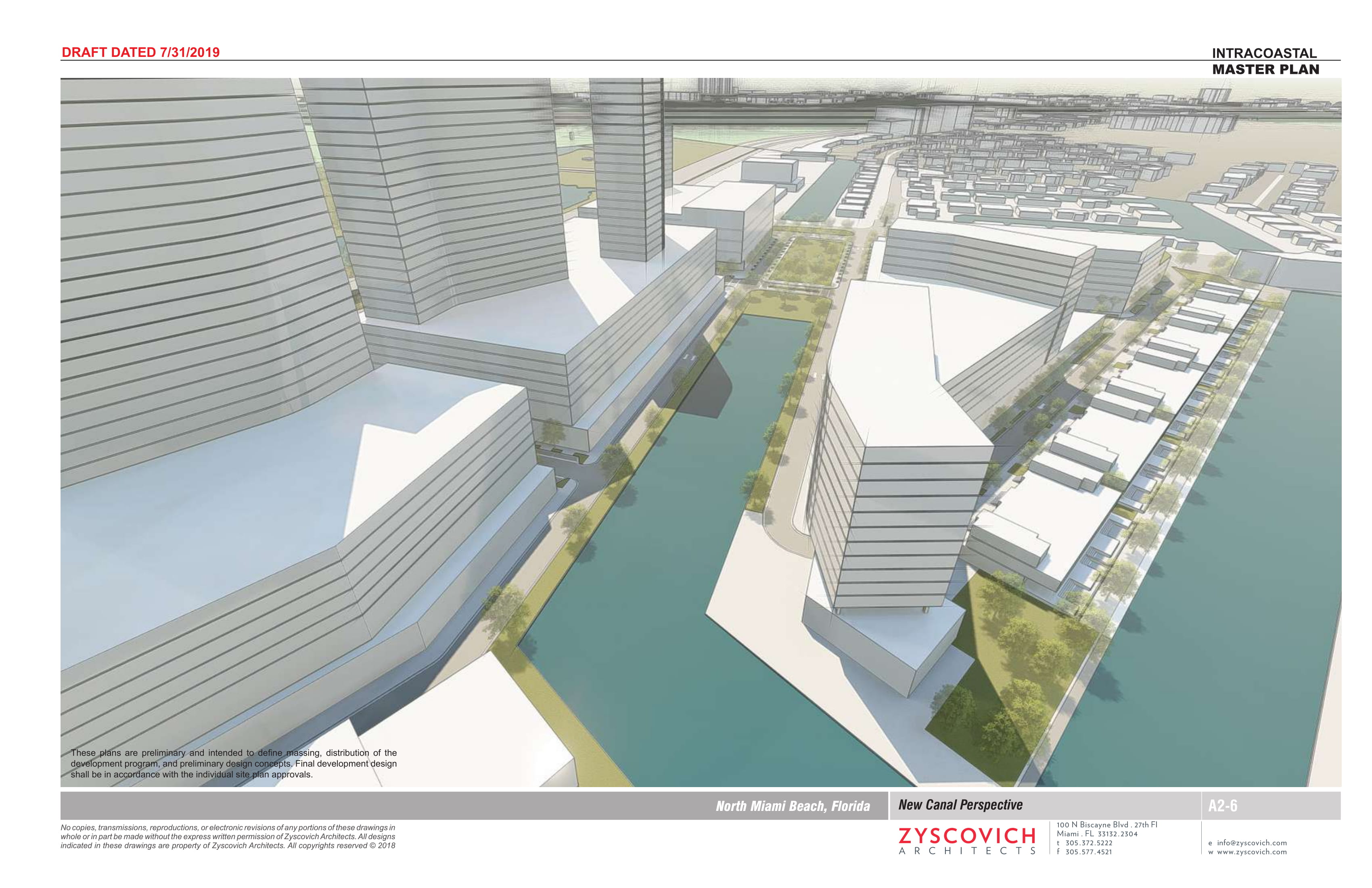 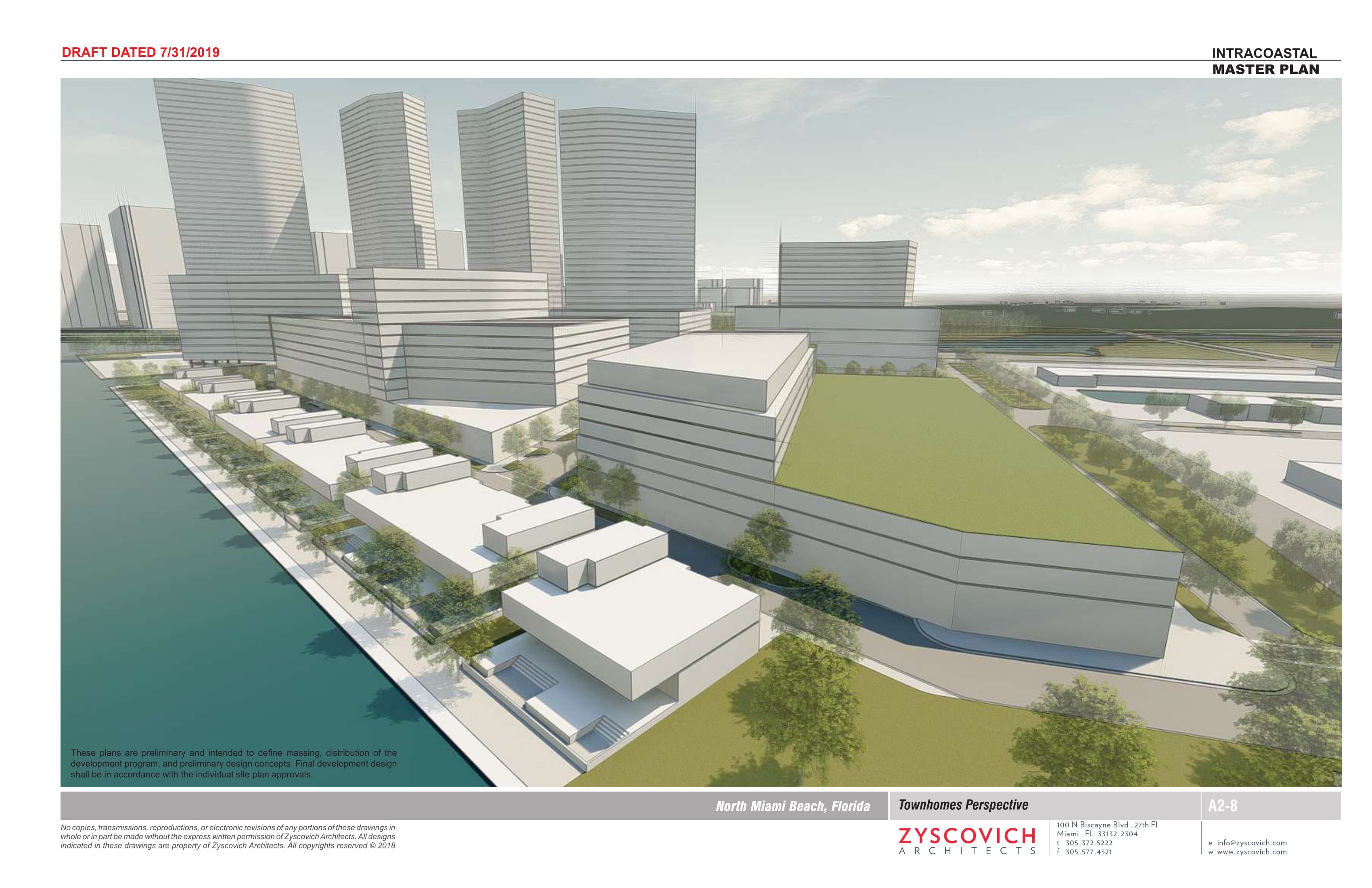