Sakor Development was the project developer and owns the property at 2701 Biscayne Boulevard. Sources familiar with the situation cite a dispute over ownership of the property as a primary cause for the cancellation.

A spokesperson for Sakor hinted that the developer still hopes to build something on the land.

‘Now that a legal dispute involving the property’s former owner has been resolved, Sakor has formally closed on the remaining land within its East Edgewater site,’ the spokesperson said.  ‘With land values along the Biscayne Corridor rising, we are reconfiguring the property for mixed-use development. This will ensure the highest and best use of the site given appreciating land values in the neighborhood.’

Property records show that ownership of the Ion site is splintered among several entities linked to Salk, Kornfeld and Falcone. Some of the entities list Salk’s address in Sunny Isles as a mailing address. More recent acquisitions in the assemblage came in January and list Art Falcone’s office in Boca Raton as a mailing address. Two key parcels at the center of the assemblage are still owned by an unrelated party.

The 36-story Ion was designed by Arquitectonica and was to include 328 units, along with ground-floor retail. Sales began last May. 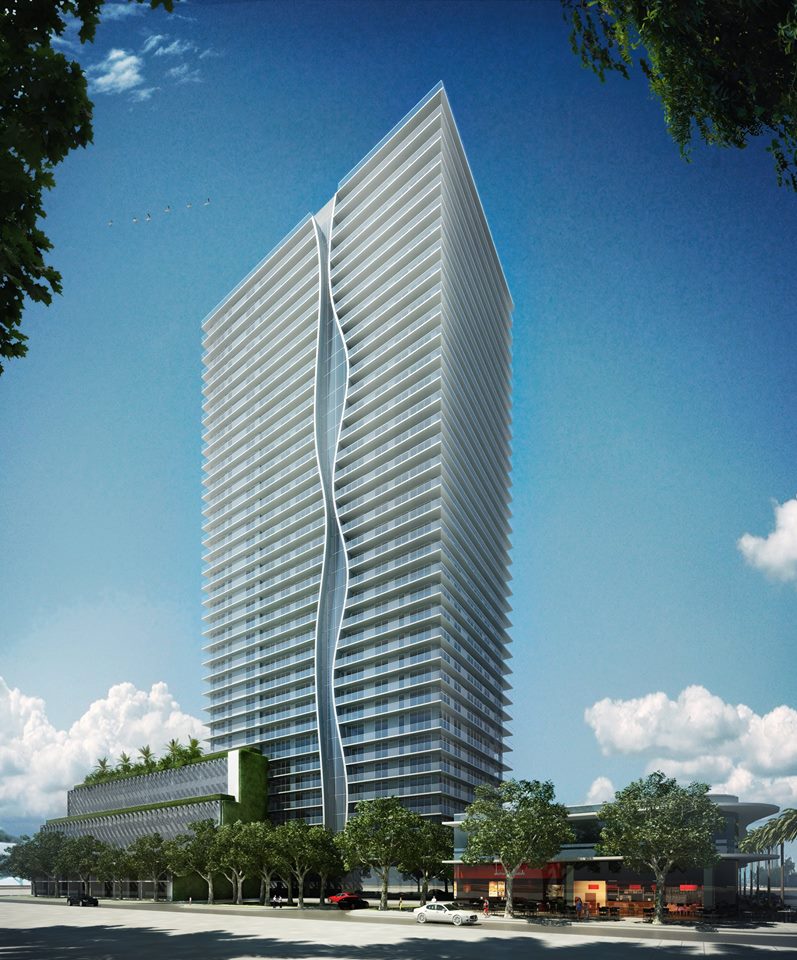