Construction continues at Dolphins Stadium, but it isn’t clear if the project has exceeded a $350 million budget.

Owner Stephen Ross told reporters “That’s my problem,” when asked if costs had gone up, according to the Herald. He also said that “It’s really up to the contractor to deliver” the project on time.

The Dolphin’s deal with Sun Life expired at the end of last season, and a new deal is expected before the start of the new season. Miami New Times reports that the market for naming rights is now as robust as ever, and will likely pay back much of the cost of renovation. 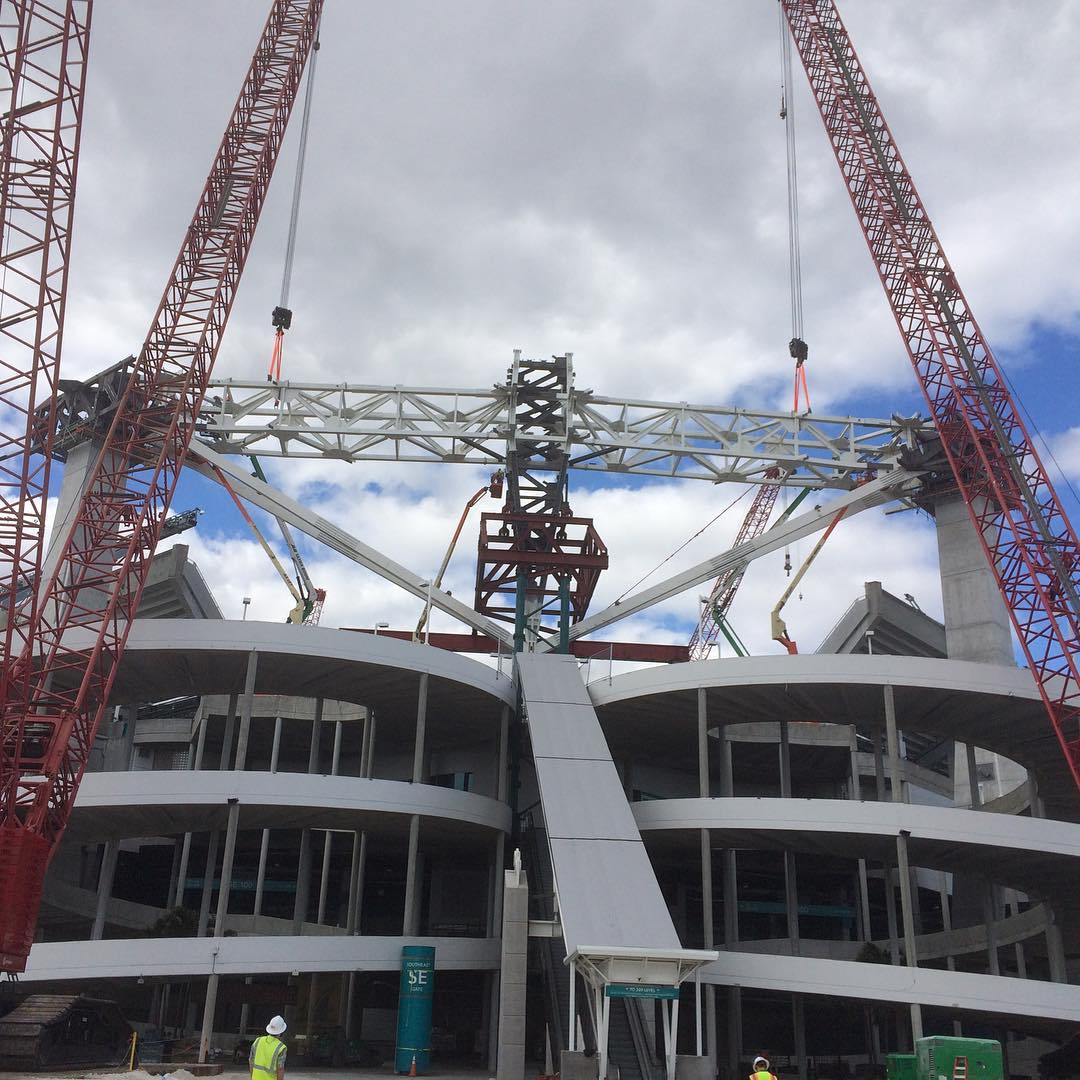