Columns that will form a double-deck highway under construction near Marlins Park (now LoanDepot Park) are now rising out of the ground.

At least four of the columns can be seen by drivers on the 836 as of last month.

An elevated viaduct is being built to allow drivers heading to Miami Beach or the Port Tunnel to bypass cars that are driving to I-95 or local exits.

The viaduct will result in a double-deck highway near the interchange between I-95 and the 836.

All of the construction is part of the $802 million Signature Bridge project.

There has been relatively little work on the double-deck highway recently, with contractors focusing on other areas of the project instead.

In January, a total of 257 out of 507 auger cast piles needed for the double-deck highway had been installed. In March, that number rose to just 261. 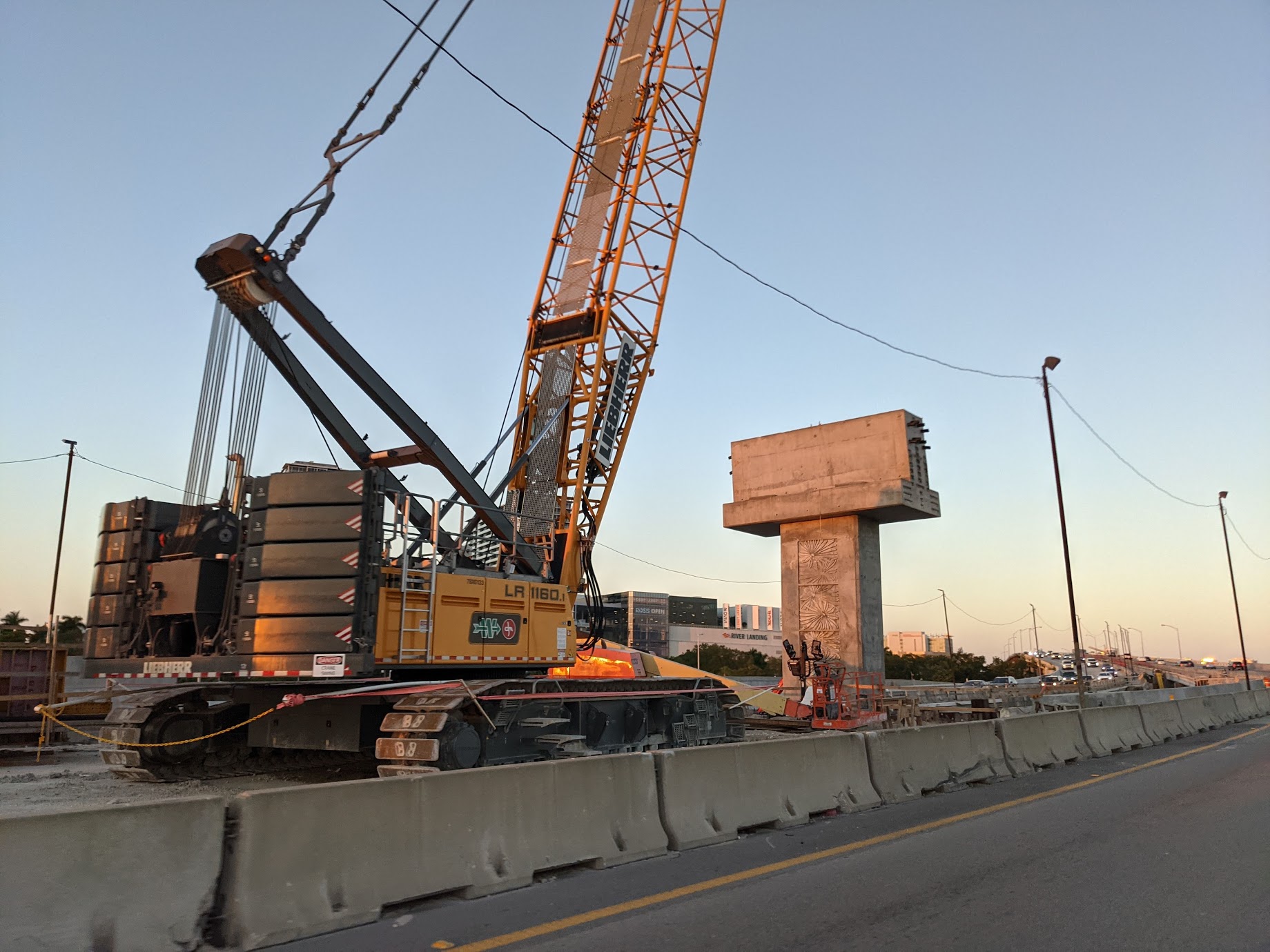 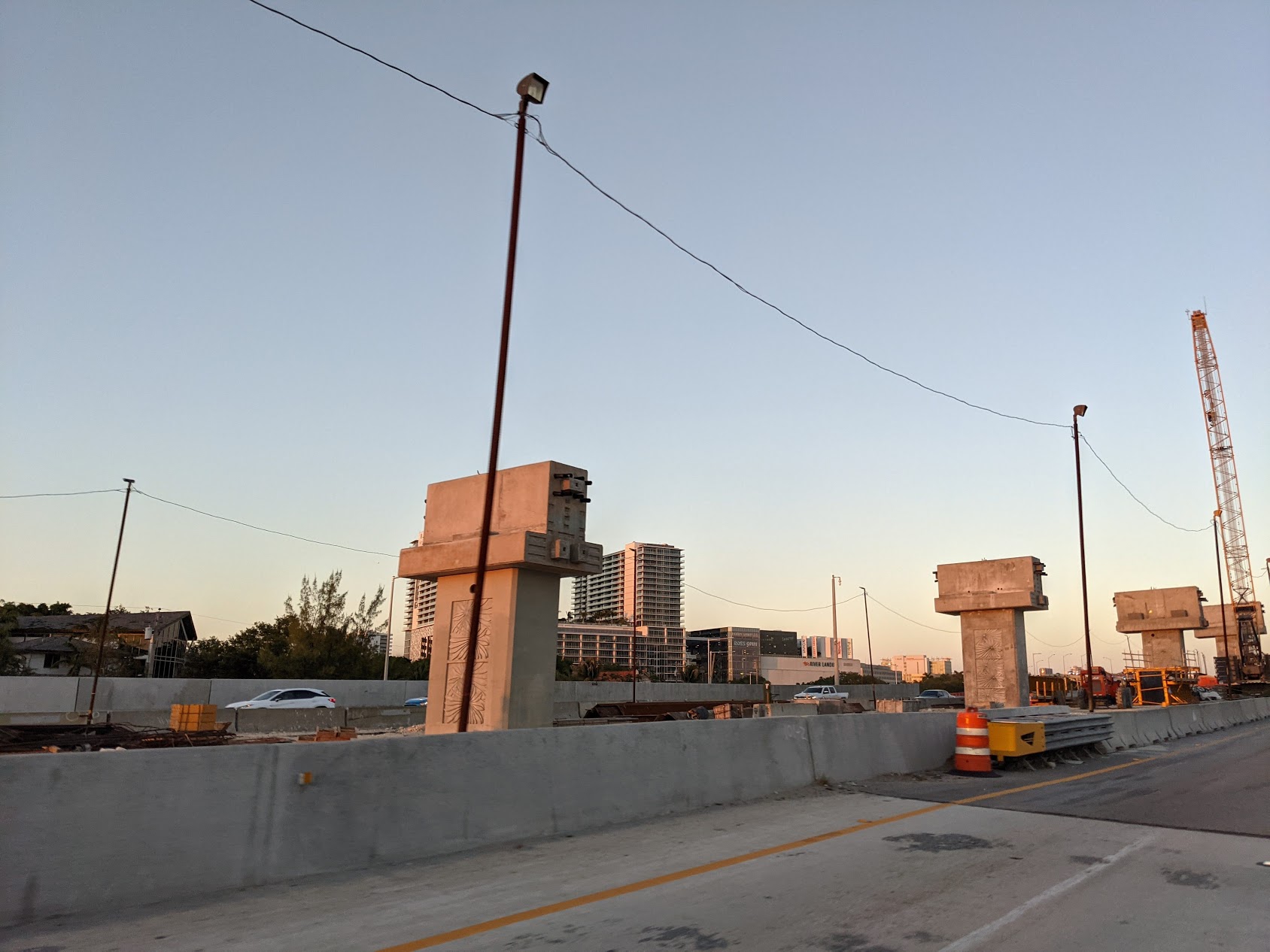 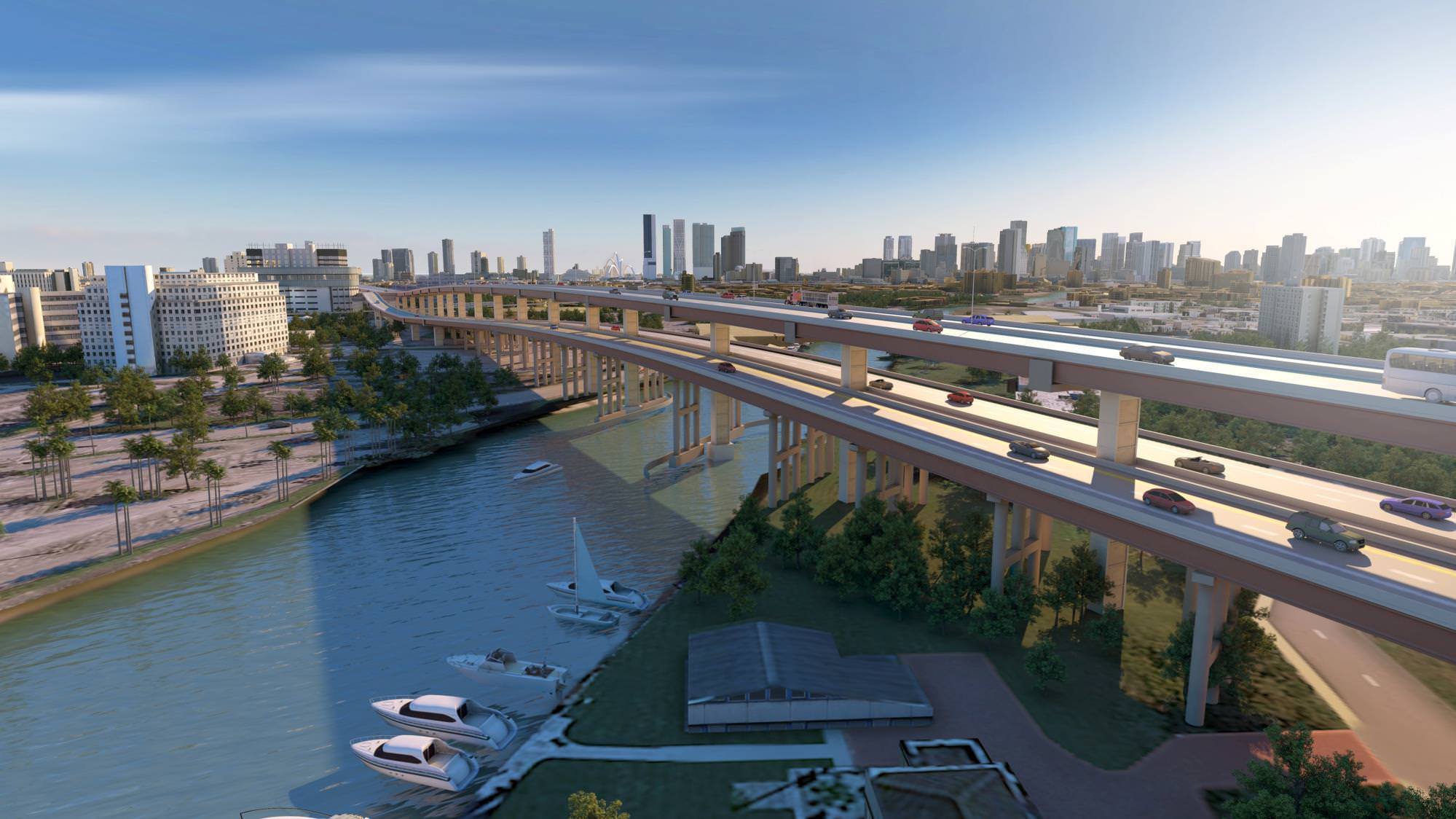 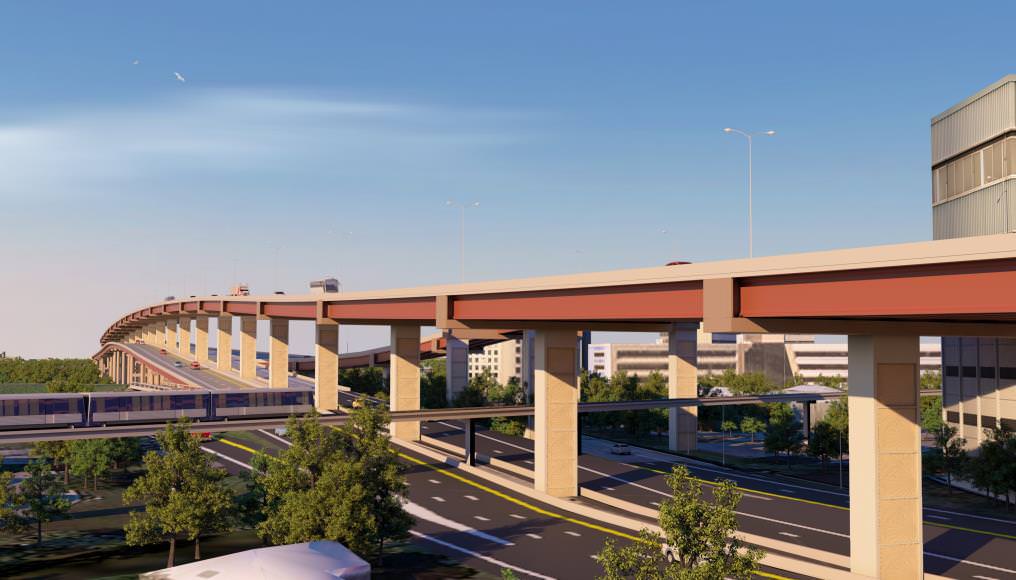 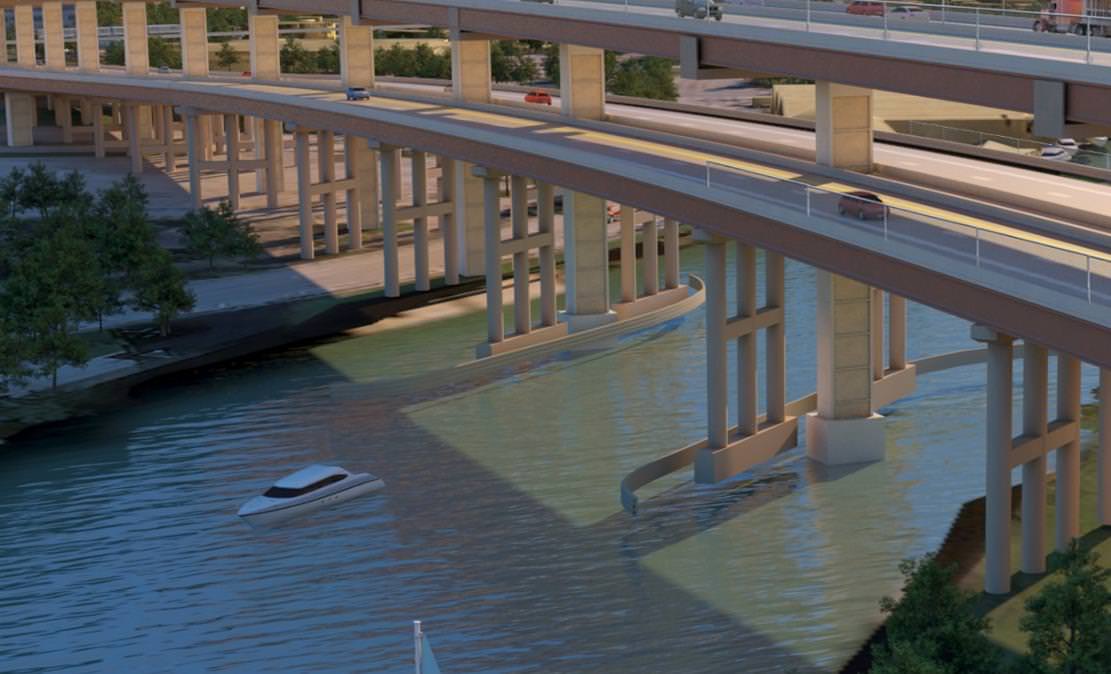