The 3,000 pound, 11-foot statue was unveiled at the Miami Beach Convention Center this morning by Mayor Francis Suarez, where Bitcoin 2022 is taking place.

It features laser eyes similar to those adapted by crypto enthusiasts on social media.

Following the event, it will be relocated to Miami-Dade’s Wolfson Campus.

The statue is modeled on Wall Street’s Charging Bull. It was created by a New York-based advertising agency Small, brand strategists from Octonano, artist Furio Tedeschi and Onyx Forge Studio

TradeStation, which was founded in Miami, commissioned the work.

At a ceremony this morning, Suarez reportedly said that New York is “the former financial center.”

“The future of finance is here, in Miami,” Suarez said. 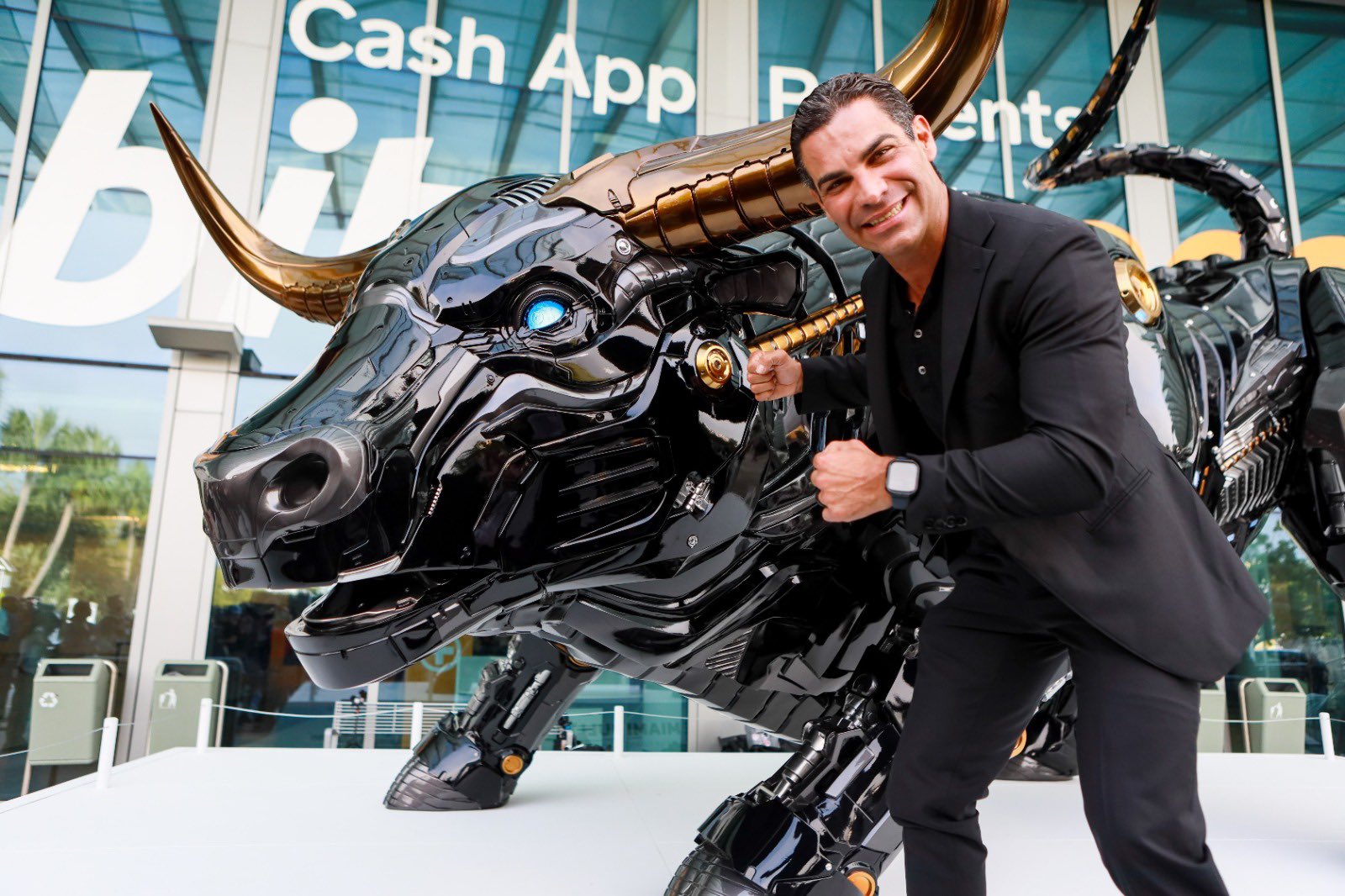 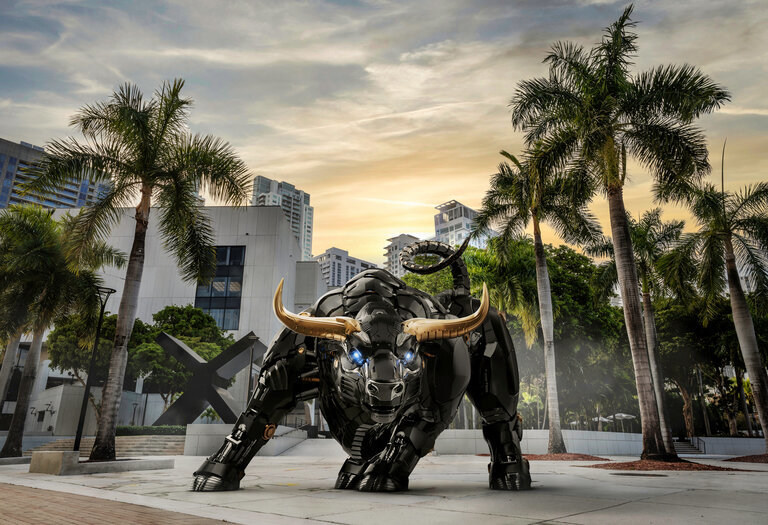