Four new renderings of the Legacy Hotel at Miami Worldcenter have been released on social media by architect Kobi Karp, who is designing the project.

The most dramatic rendering shows the top of the 50-story tower.

A seven-story atrium is planned at the pinnacle, along with a “Singapore inspired” pool that juts out off the top. In the new renderings, palm trees can be seen both inside the atrium and outside on the roof deck, and the pool itself appears to be infinity style, which will make for a fun swim above the Miami skyline.

No spire can be seen at the top of the tower in the new renderings. In other renderings released by the developer, a spire is shown.

Also shown in the new renderings is a one-acre pool deck that the developer has said will be the largest in downtown Miami. It will include an adults-only pool.

At the ground floor, a glassy storefront area with what appears to be restaurant space next to the hotel entrance is shown.

Groundbreaking is scheduled for mid-2020.

Royal Palm Companies, which completed the 60-story Paramount Miami Worldcenter across the street, is the developer. 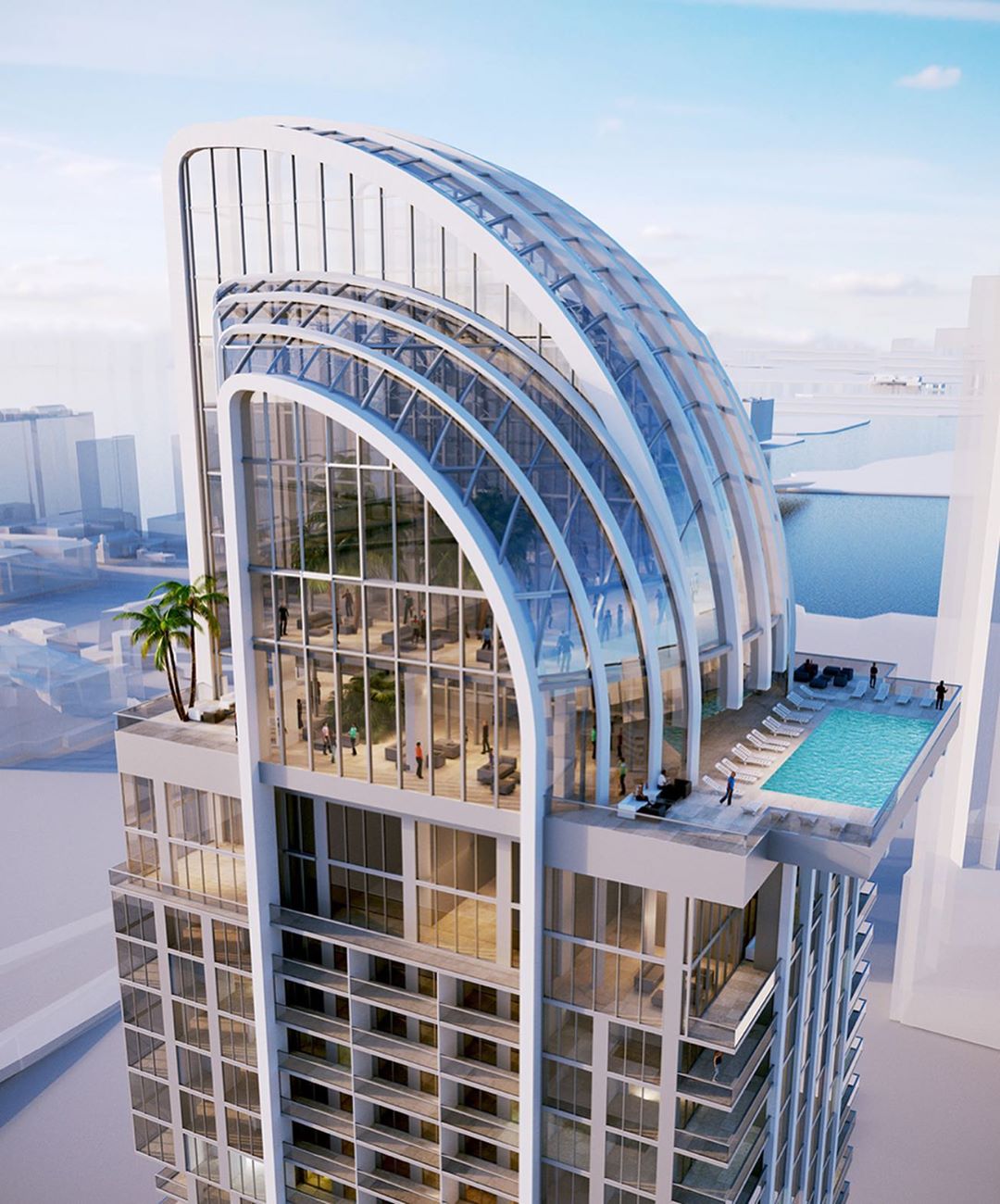 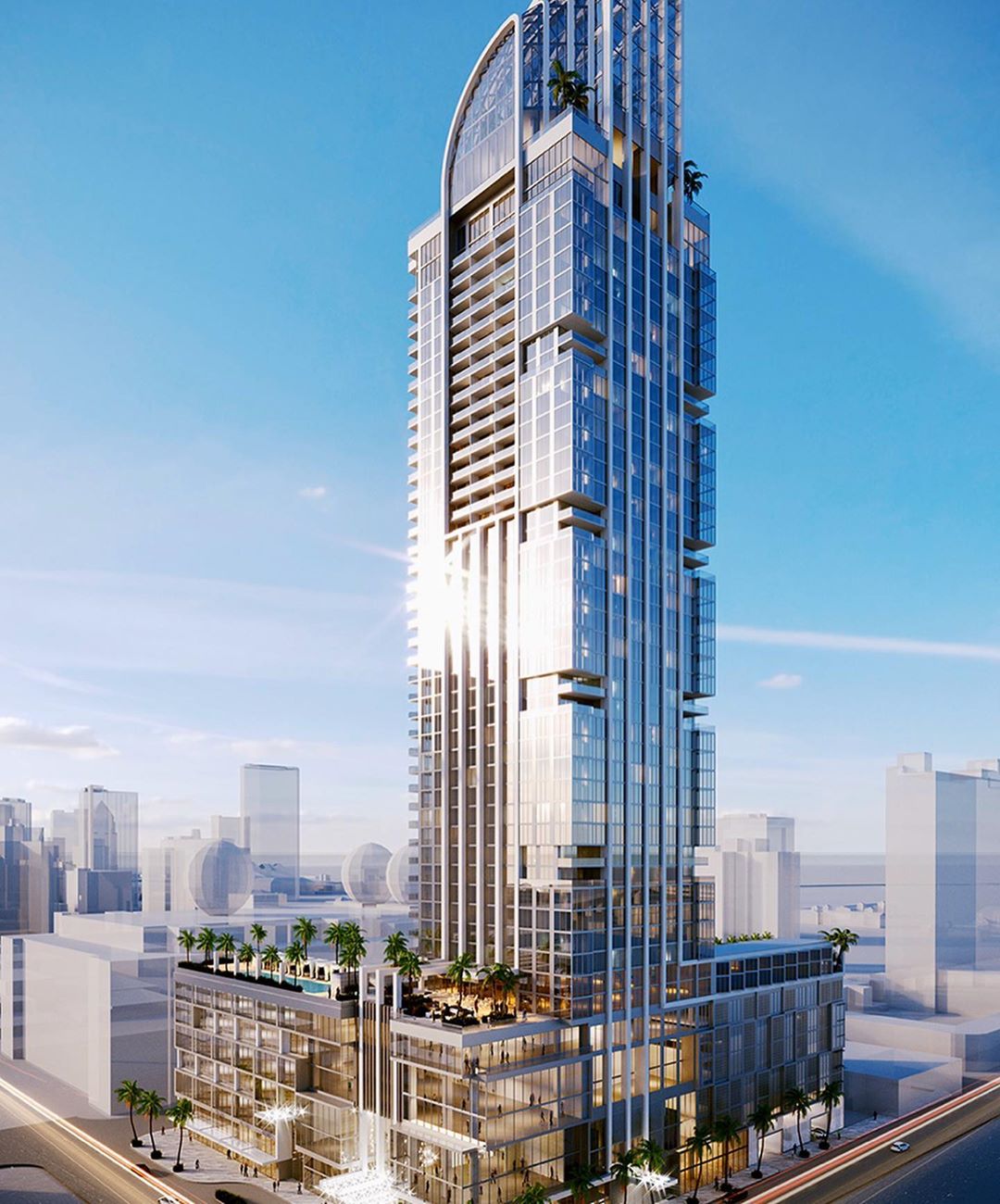 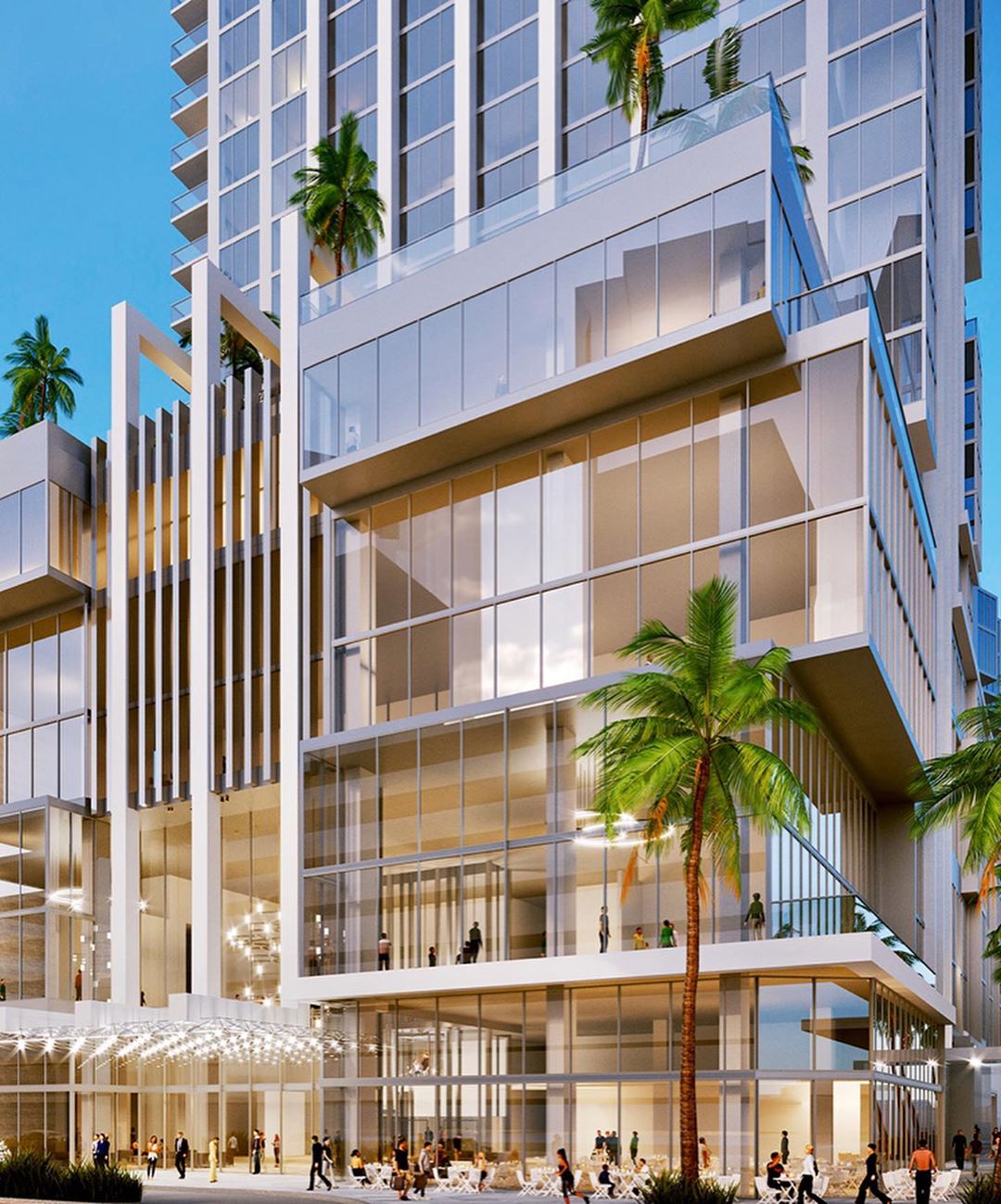 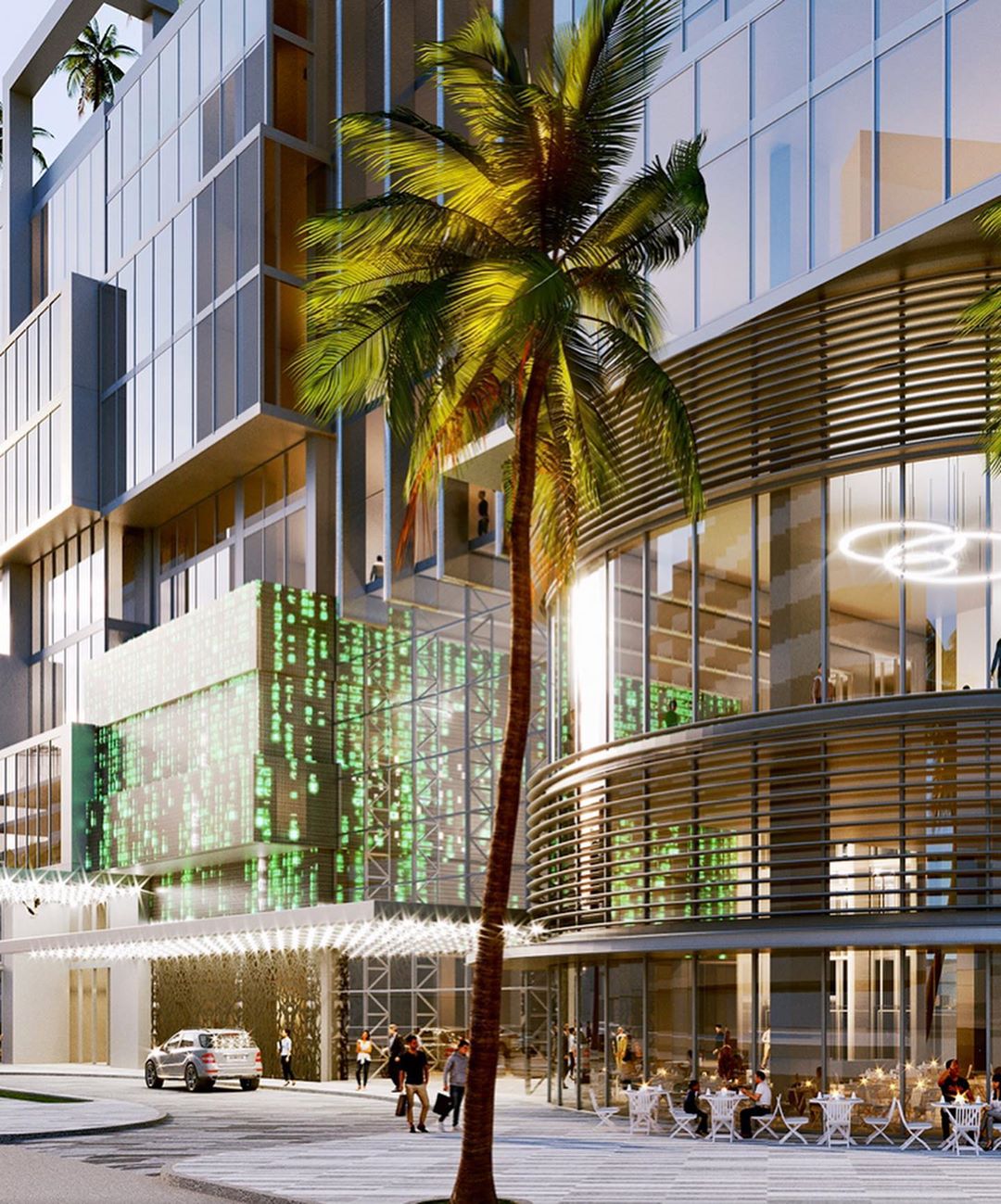