A grand opening celebration was held over the weekend for the EAST hotel at Brickell City Centre, along with the hotel’s Quinto La Huella restaurant and Sugar rooftop bar and lounge.

QUINTO LA HUELLA AND SUGAR POST EVENT RELEASE- MAY 23, 2016
Quinto La Huella, the Miami outpost of Uruguay’s world-renowned Parador La Huella, hosted a series of
unforgettable grand opening events this weekend at EAST, Miami. Located within Brickell City
Centre, Swire Properties Inc.’s $1.05 billion mixed-use development in the heart of Miami’s Brickell
district, Quinto La Huella serves as the signature restaurant for the highly anticipated EAST, Miami, the
facility’s exclusive flagship hotel. Inspired by its location on the fifth (quinto, in Spanish) floor of the hotel,
the brand new South American concept features a unique fire cooking method with a parrilla centered at
the heart of its kitchen and includes wood fire ovens fueled with local red and white oak, a sushi counter
highlighting Florida’s coastline, and an expansive outdoor dining experience.
Last weekend was a celebration with Stephen Owens, President of Swire Properties, Inc., Brian Williams,
Managing Director of Swire Hotels, Laurent Fraticelli, General Manager of EAST, Miami and his executive
team, Parador La Huella owners’, Martín Pittaluga, Gustavo Barbero, and Guzmán
Artagaveytia, Executive Chefs Alejandro Morales (Parador La Huella) and Nano Crespo (Quinto La
Huella) as well as Miami locals and friends from all over the world.
Following is a recap of some of the most notable moments of the week at EAST, Miami hotel which is
set for a soft opening on Tuesday, May 31st
.
Thursday, May 19th 2016
The weekend festivities kicked off with a private party hosted by PAMM (Perez Art Museum Miami) at
Quinto La Huella. The 200-person VIP dinner sold out in minutes and was exclusive to PAMM members,
committee members, and Miami’s influencers, including Sarah Arison, John Paul Perez, Alexandra
Gonzales Burke and Tanvi Vattikuti.
Friday, May 20th 2016
Over 1,200 people came together for A Night at Quinto La Huella. Guests got the chance to view the
restaurant and get a taste of what’s to come. The party extended out to the 20,000 square-foot
outdoor Pool & Deck area that showcases four unique pool experiences – as Brickell’s skyline provided an
excellent backdrop with 270 degree views of Miami. As music is the heart and soul of the brand, to curate
the vibes and rhythms of the night, Parador La Huella flew in their house DJ Fede Schrager. There was
also an animated and traditional five-piece Cuban band, led by Chino Pons, that got the crowds dancing
all night long in true Miami fashion. The event featured six fully equipped bars, a wine bar, a ceviche and
paella station, savory dishes from the land and sea hot off the parrilla, as well as a number of a passed
hors d’oeuvres, including wood oven pizzas and sushi.
The Studio Collective team who designed the restaurant and beverage outlets at the hotel flew in for the
soiree, as well as EAST, Miami’s interior designer of public spaces and rooms, Clodagh.
Artist Sergio Pittaluga drew La Huella-inspired photos for guests throughout the evening.
Between the fires burning in the kitchen and the eclectic crowds in tow, the party was surely the bash of
the season. Notable VIPs included Pardon James, Alan and Ruth Zelcer, Hello Campos, Alexander
Mijares, Greta Jimenez and Melody Le.

Saturday May 21st, 2016
Saturday night was more of an intimate party for the official opening of EAST, Miami’s Sugar – an Asian
inspired 40th floor rooftop bar and garden. Locals and friends enjoyed an extended evening of tasty
libations under the stars, complemented with savory shared bites from Sugar. As the night transitioned,
EAST, Miami’s General Manager, Laurent Fraticelli relocated guests to the 39th floor to view the unveiling
of the hotel’s grand staircase mural, designed by famed local artist, Alexander Mijares. As art is an
integral part of the hotel’s DNA, Fraticelli said he chose Mijares because he exemplifies Miami and he
wanted something to reflect its culture; “to create something that pops with subliminal tones and
designs.” Mijares spoke about his inspiration behind the mural and said “if you look really carefully you
can see images throughout the mural of women laying down and dancing.”
VIP guests included Alexander Mijares and fiancé Greta Jimenez, Clodagh, Michelle Leshem, DJ Sean
Drake, Soledad, Justin Lowe and Brad Alphonso. 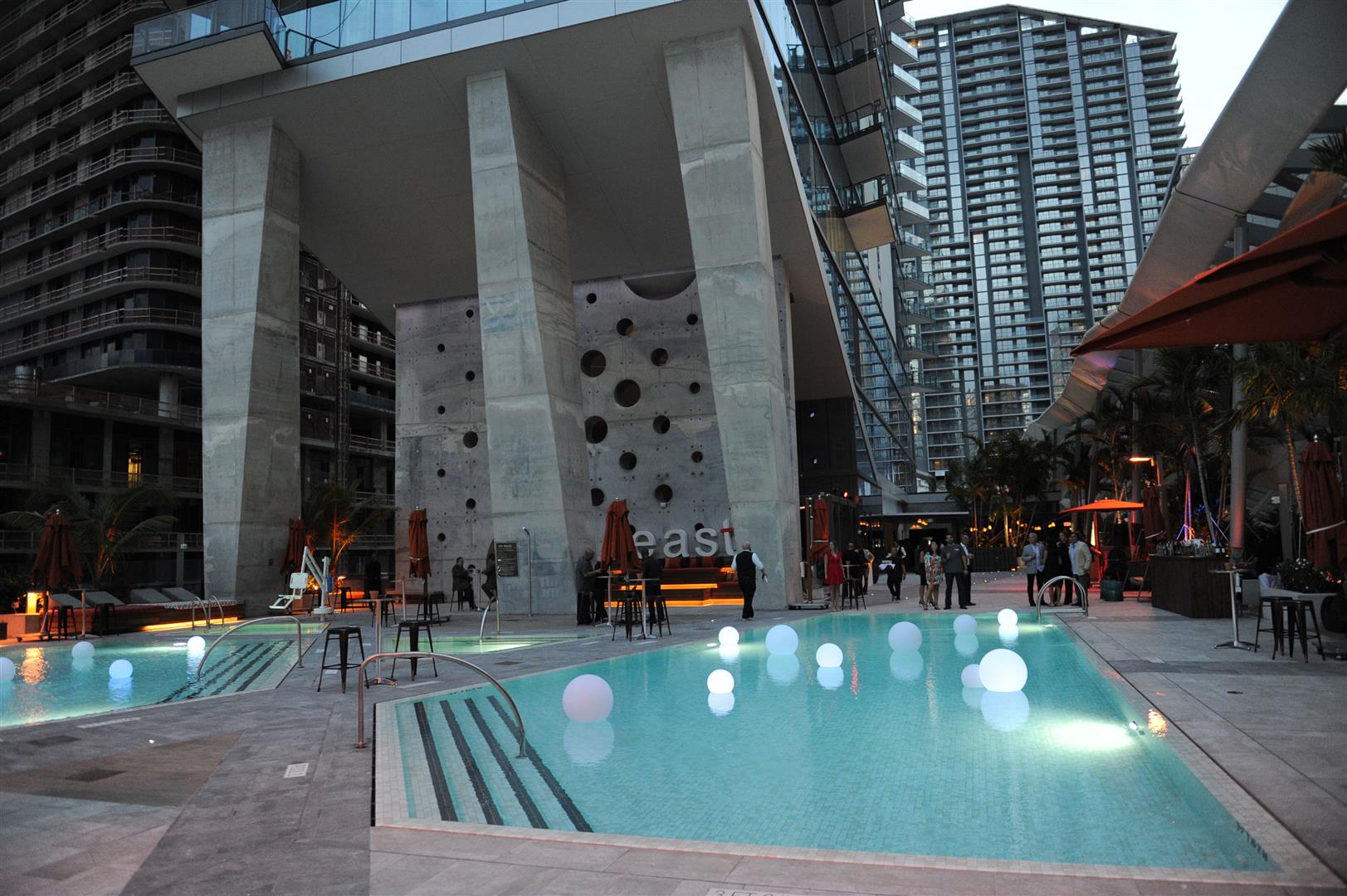 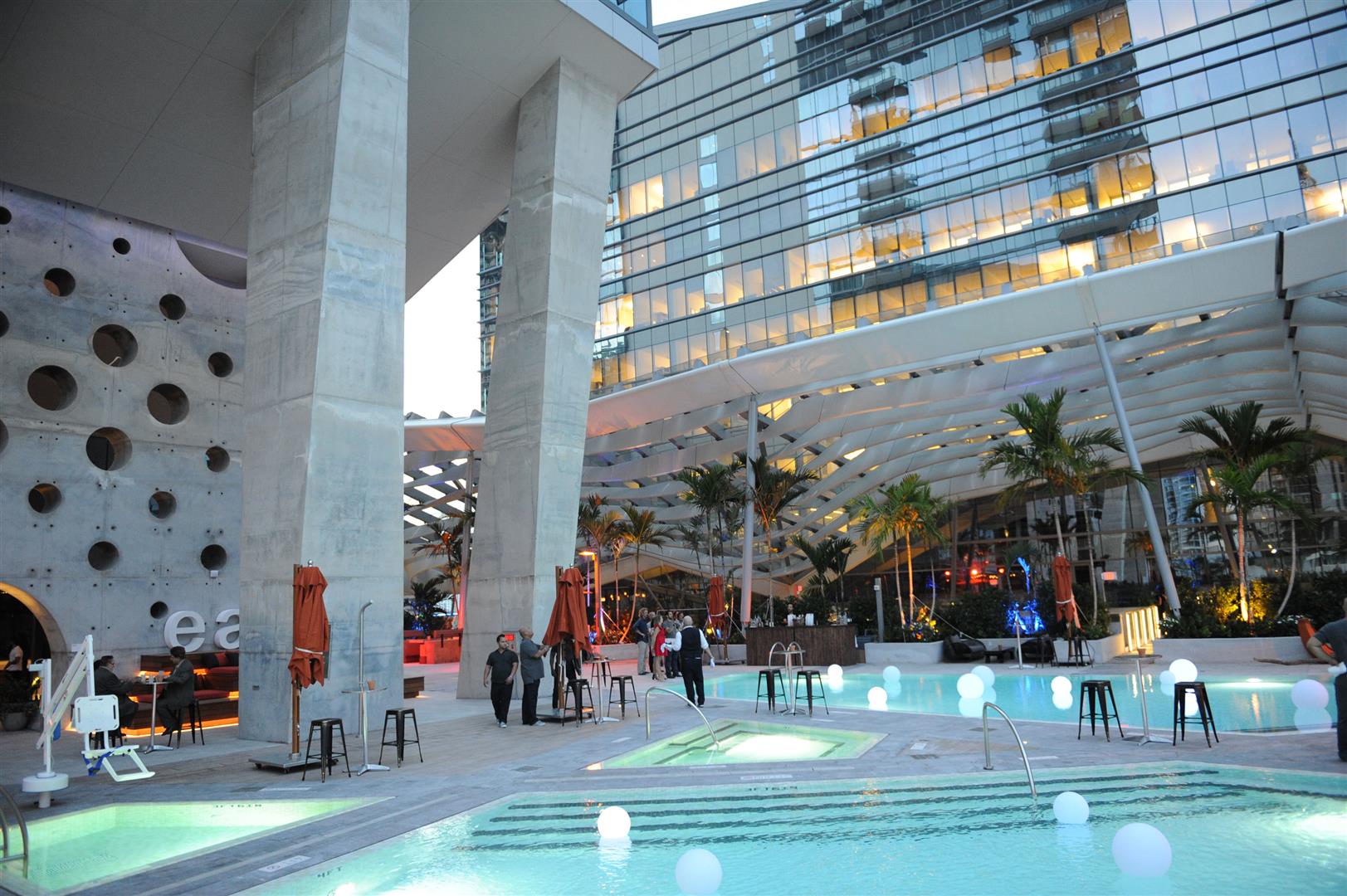 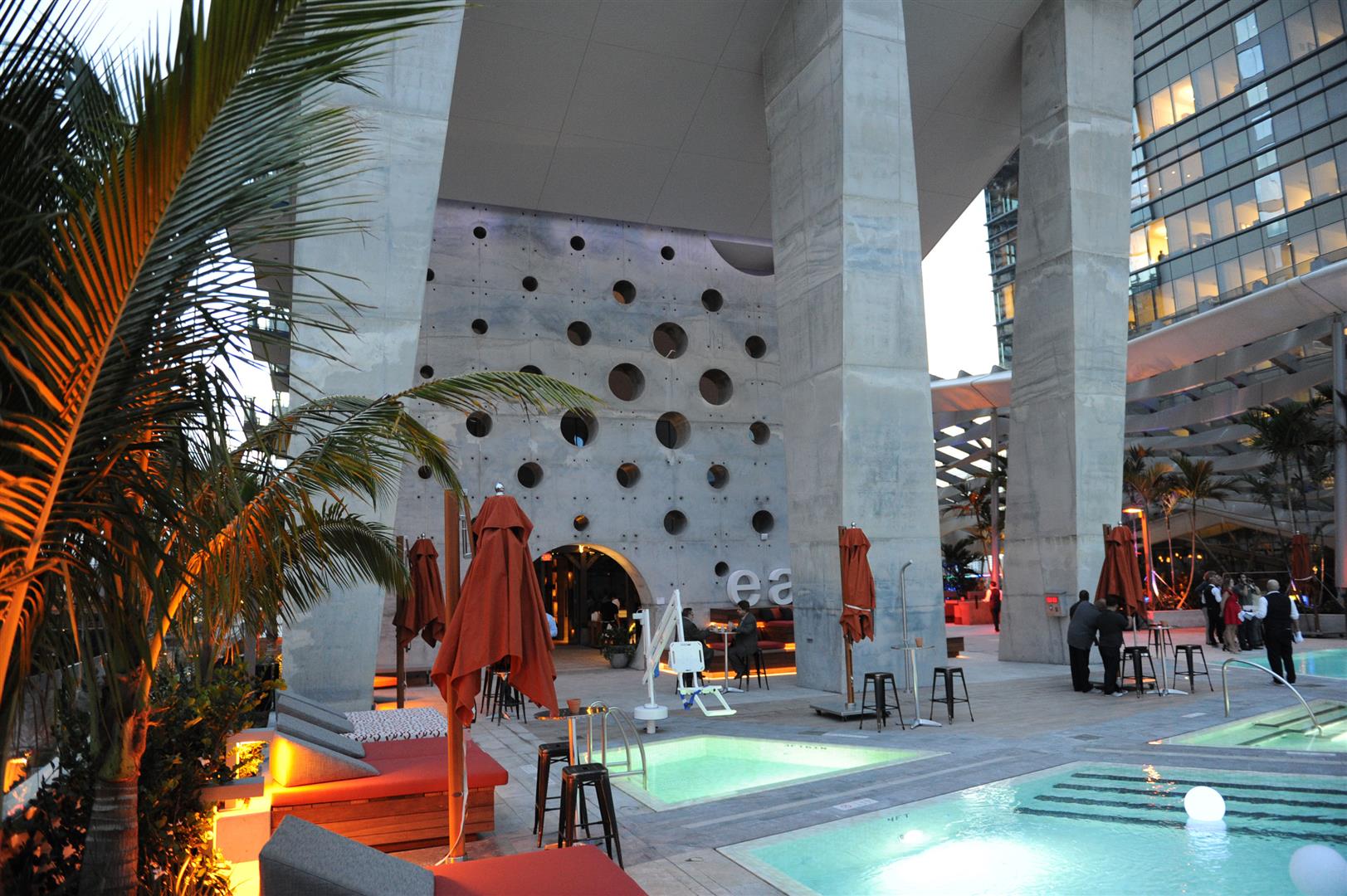 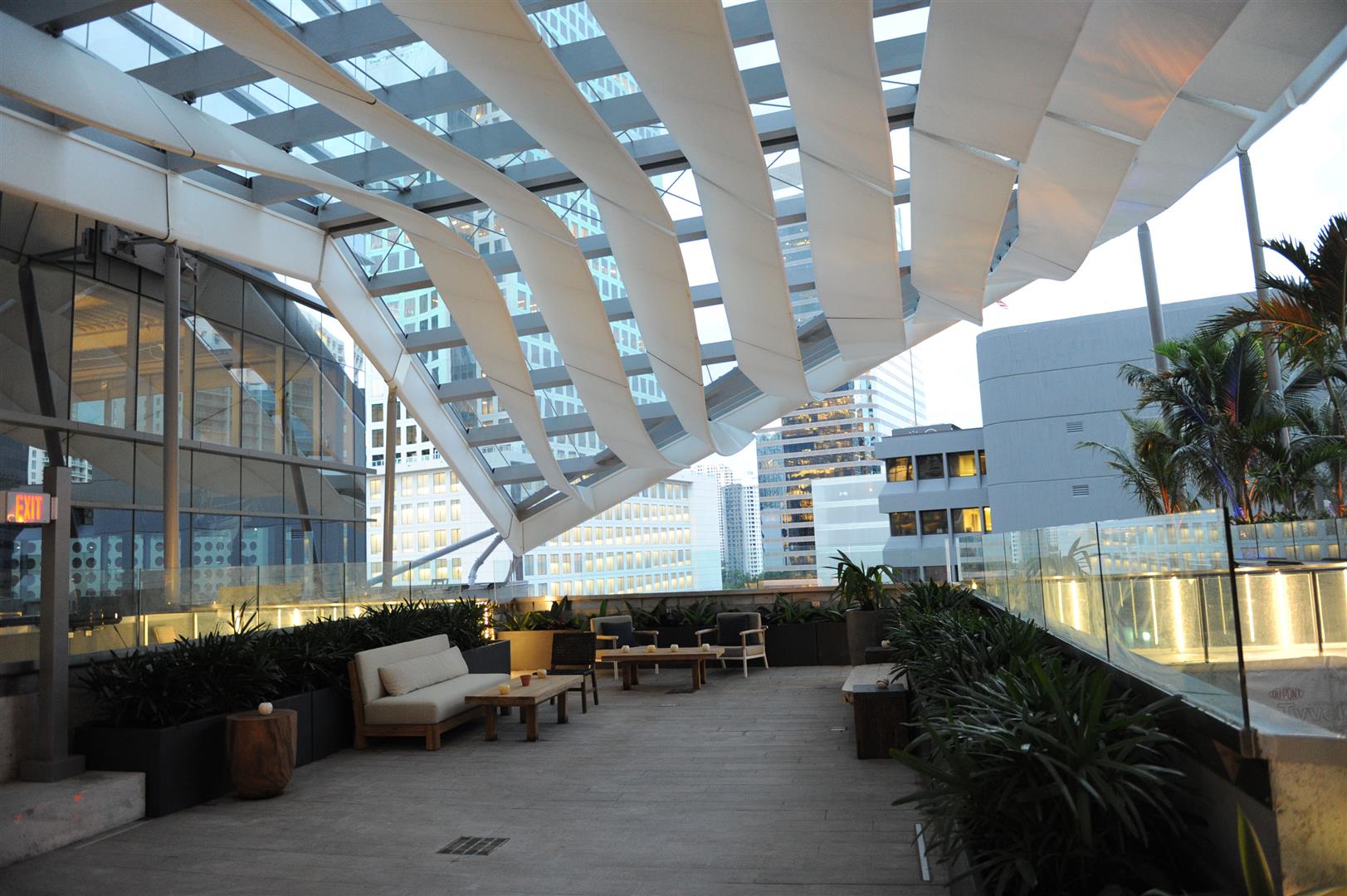 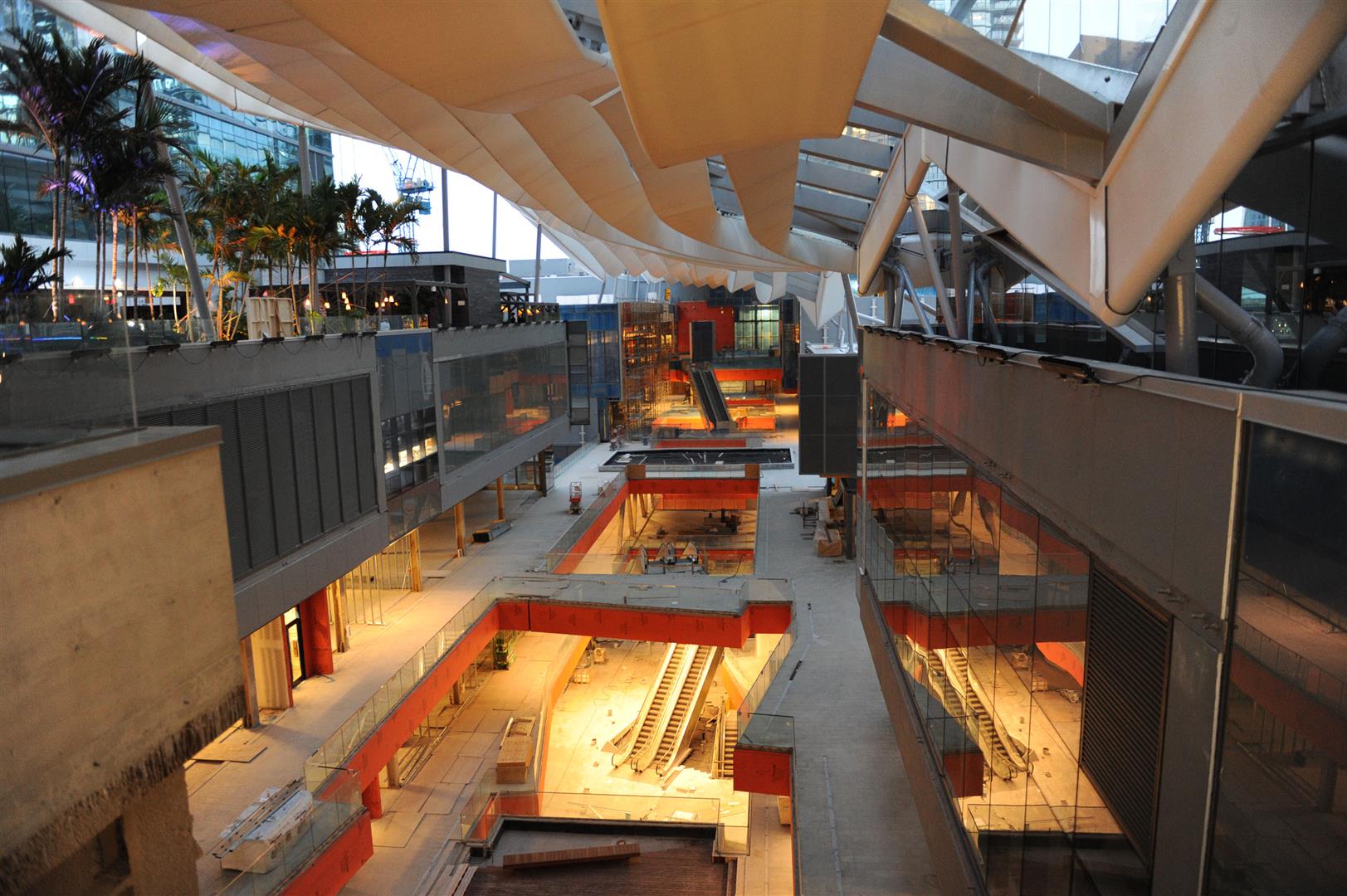